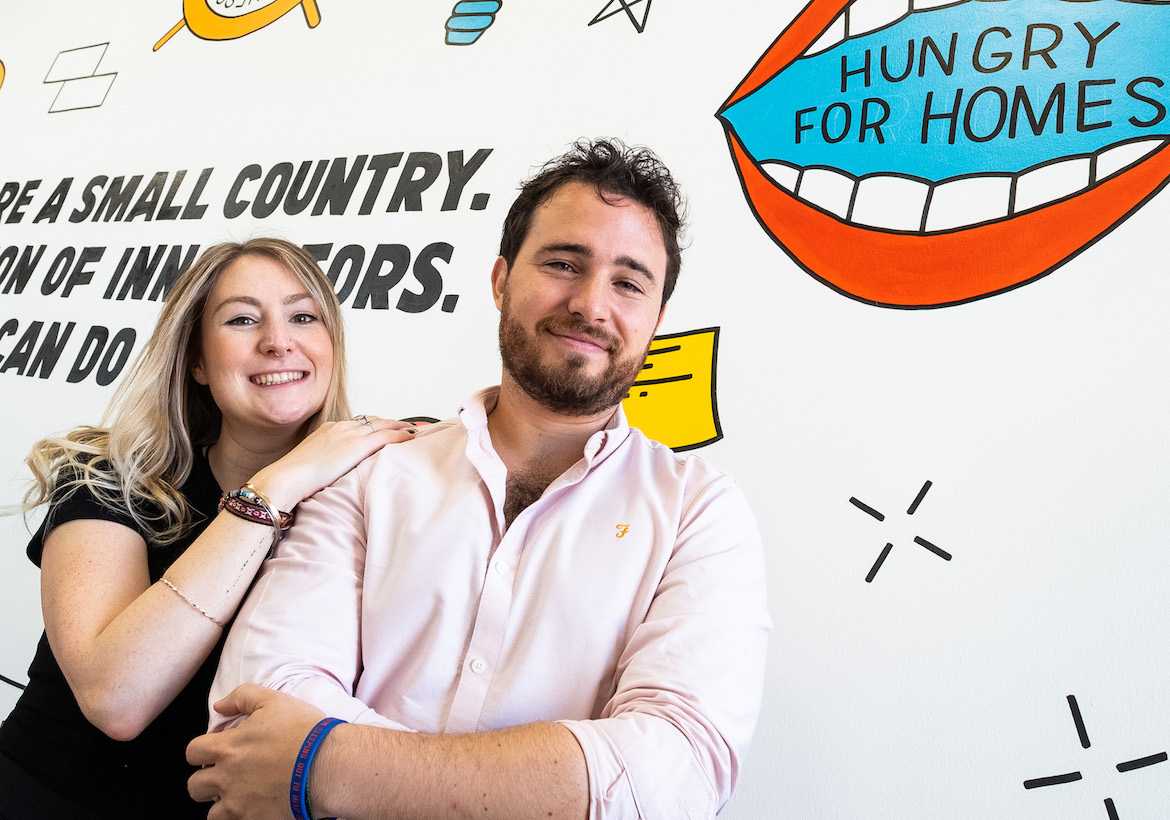 When Big Issue seller Pete came into their Edinburgh sandwich shop and asked for a job, it set Josh and Alice on a new path.
Having already run a successful events company, in 2012 the pair opened Social Bite, a cafe which donates its profits to social causes.
And hiring Pete opened their eyes to the problem of homelessness in Scotland. So when another job came up, they employed Pete’s brother, Joe, who also sold The Big Issue.
“It seemed like the human thing to do,” says Alice.
Pete and Joe are now both in permanent accommodation. And Social Bite has grown from a cafe to a social business aimed at ending homelessness across the world.
“Both of us are big dreamers,” says Alice. “We never wanted to just open a cafe, we wanted to start a movement.”
Now running five cafes across Scotland, where one in three staff have experienced homelessness, customers can also pay it forward and buy food and drink in advance for a homeless person.
And after inviting 300 business leaders to spend a night out in the cold in 2015 – an event that raised £500,000 – the pair realised sleeping out had the potential to raise a lot of money. And so two years later they launched Social Bite’s first Sleep in the Park, which saw 8,000 people raise £4million.
“It was a massive game changer,” says Josh. A year later, 10,000 people took part, raising a further £3.65million.
The pair are now advising the Scottish Government on housing policies that aim to get people off the streets.
They have also built the Social Bite Village from reclaimed wasteland in Edinburgh. It provides shelter and support for up to 20 homeless people, helping them transition from the streets to a permanent home.
And they asked landlords to pledge accommodation, a programme called Housing First.
“One landlord in Glasgow offered 200 properties, another did the same and now we have 830 flats pledged,” Josh explains.
The scheme received £6.5million funding from the Scottish Government, and by April 2021, 830 people will be housed.
In December, the World’s Big Sleep Out will take place in 50 cities including London, New York, Delhi and Hong Kong. It aims to raise £40million for local charities and global homelessness initiatives set up by UNICEF USA, the Malala Fund and Institute of Global Homelessness.
Josh says: “If that man hadn’t asked us for a job, we would have never gone down that track.”