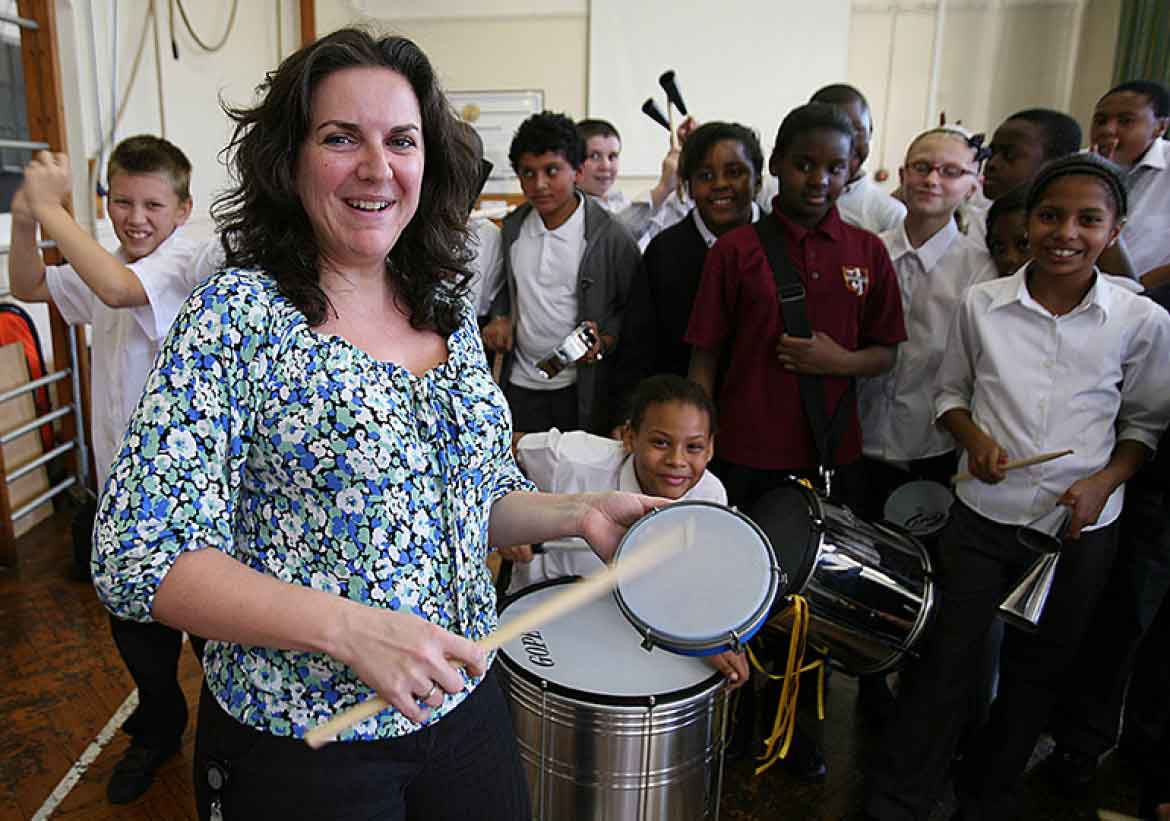 After Rachel Dixon quit her job as a West End musical stage manager, she knew one profession where her skills would make a real difference.

Since joining Ripple Primary School eight years ago, she has formed an award-winning samba band, staged countless school musicals and used unusual teaching techniques to transform results in English at the school in Barking, one of London's most deprived areas.

She launched the Escola de Samba drum group in 2005, and it is now so popular, many pupils return for practice after leaving for secondary education.

The band won a special commendation for their "almost flawless and infectious" performance at July's Music For Youth national festival in Birmingham before performing at the Primary Proms at the Royal Albert Hall in October. They will play there again the night after this year's Pride of Britain awards.

Rachel, from Princes Risborough, Bucks, says: "Before playing the Albert hall, the children's only frame of reference was seeing a semi-professional panto at a local theatre in Barking.

"Seeing their faces when they walked into the main auditorium for the first time put a lump in my throat," she adds.

And in an area where crime and unemployment is high, the band keeps the older children off the street and out of harm's way after school and on weekends, when Rachel is always on hand.

"Some of the children come to us with behavioural problems, and the band creates a wonderful outlet. After all, children love to bang things," says Rachel.

But that's not her only achievement at Ripple Primary. As the school's literacy co-ordinator, Rachel, 37, has almost doubled the school's SAT results in English from 43% to 82% between 2003 and 2008. And truancy rates have dramatically fallen.

Her techniques have been so effective that the local council subsidises Ripple to loan her out to three schools in the Barking and Dagenham area.

"My philosophy is you can't write it if you can't say it," she says. "So I use roll-play and drama techniques, mixed poetry, drawing and music. And they respond so much more positively than plonking them down with a book they aren't interested in."

Upon arriving at the school, Rachel, who has toured Britain with West-End shows including Buddy and Joseph and the Amazing Technicolour Dreamcoat, decided it needed an injection of fun.

She soon began staging the annual end of year show, including an adaptation of the 1980s dance film Footloose.

"The children operate lighting and sound decks entirely on their own - and they are as good as adults. You just have to put faith into them and they will rise to the occasion, no matter what it is." she says.