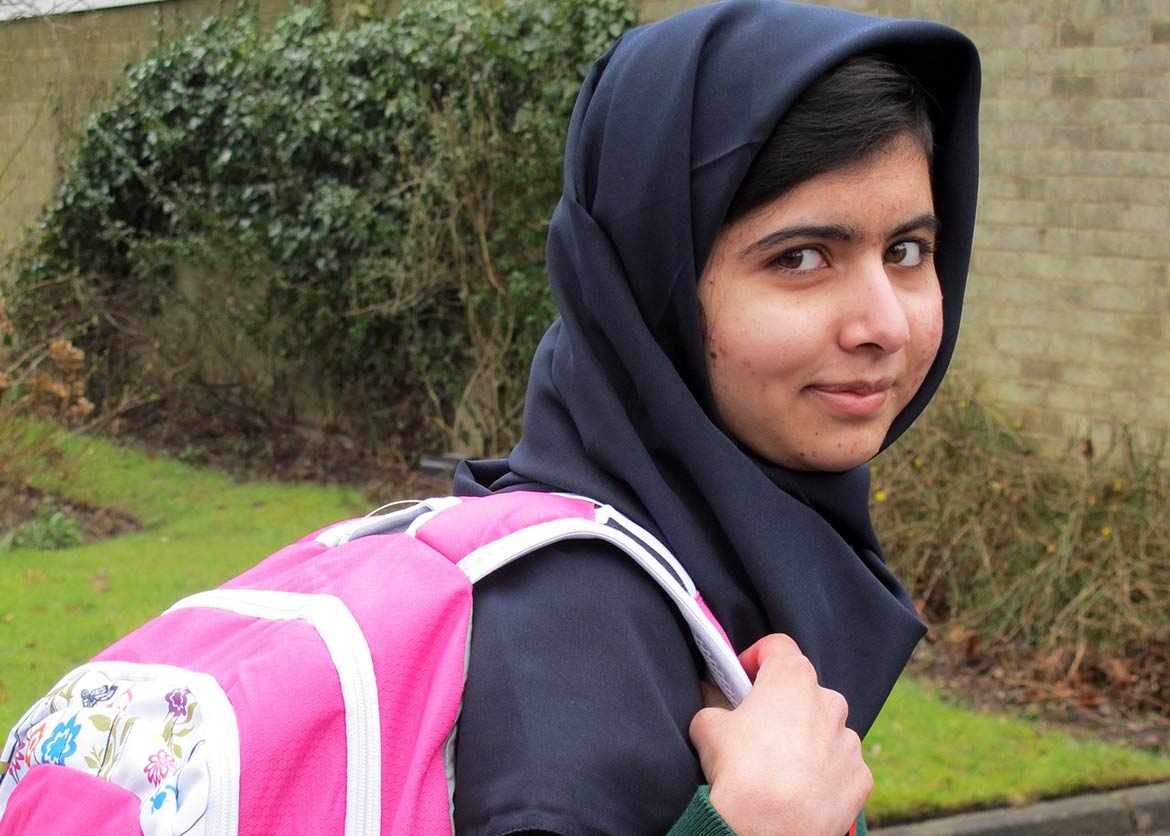 The schoolgirl was targeted by militant Islamists furious at a blog she had written.

In it she gave honest accounts of what life was like in the Swat Valley - a region of Pakistan under heavy Taliban influence, where women and girls were treated as second class citizens and denied access to education.

She had written the BBC blog under a pseudonym, but on October 9, 2012, as she rode with friends in a school bus, a masked gunman jumped on board and demanded Malala identify herself or he would shoot everyone on the bus.

When Malala bravely stood up, he shot her in the head.

Remarkably, the teenager survived the assassination attempt and, after an emergency three-hour operation in Pakistan, she was flown to the UK to be treated by specialist surgeons at the Queen Elizabeth Hospital in Birmingham.

She was in a coma for eight days after the shooting, and remained in hospital until January, having a titanium plate fitted to repair her skull.

Despite the attempt on her life and the severity of her injuries, determined Malala, now 16, refused to let her extremists win.

And one day in March as she strode through the gates of Edgbaston High School in Birmingham, she declared: "This is the happiest moment.  Today I will learn."

That was just five months after the terrorists shot her, which spoke volumes for Malala's courage.

But this inspirational teen did not stop there.

She set up the Malala Fund, which officially launches this autumn, to help provide education to other girls like her in the world's disadvantaged communities.

She also proudly and confidently addressed 500 delegates in an iconic appearance at the United Nations in New York on her 16th birthday in July.

Her speech about education rights received global attention.  She highlighted the shocking fact that 25% of all young women around the world have not completed primary school.

"The terrorists thought that they would change my aims and stop my ambitions," she said.  "nothing changed in my life, except weakness, fear and hopelessness died.  Strength, power and courage was born.

"Let us pick up our books and pens.  They are the most powerful weapons.  Education is the only solution."

Malala, whose story is told in a book published this autumn, has now been awarded the Tipperary International Peace Award and the International Children's Peace Prize.

She is determined never to give up fighting for what she believes in.

Her message is simple: if we work together, in unity, we can build schools and provide safe learning environments for the girls and boys of the world who currently have none.

What Malala did that day on the school bus was astonishingly brave.  And what she now continues to do on a daily basis to help other girls around the world is nothing short of inspirational.The Judges

View the embedded image gallery online at:
https://prideofbritain.com/history/2012/malala-yousafzai#sigProId7be00c6c9a
Tagged under