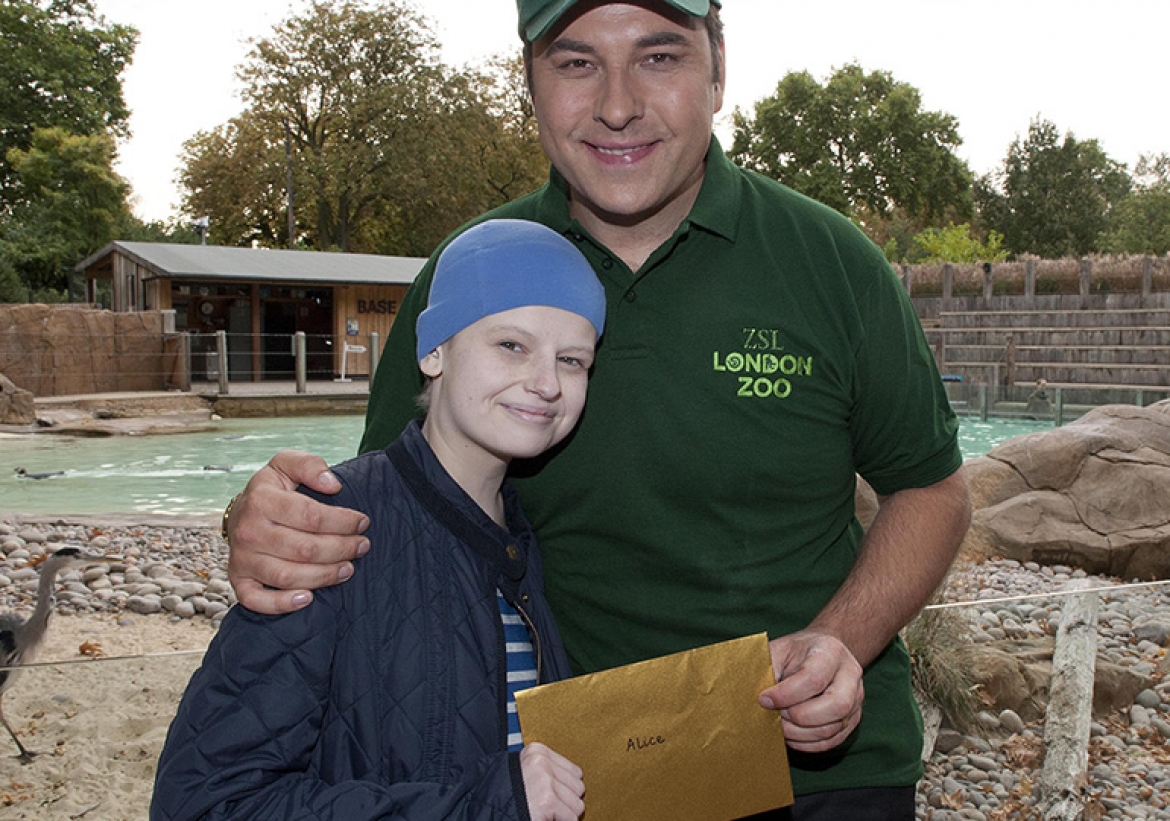 She was diagnosed with ­Hodgkin’s lymphoma when she was 12, and has since become a powerful campaigner.

Alice’s blog – a “bucket list” of things she wanted to achieve before she dies – received over a million hits in one day.

The 16-year-old, from Ulverston, Cumbria, now has five million followers around the world, and earlier this year her dreams came true when she finally completed her bucket list, which included whale watching in Vancouver and swimming with sharks.

But Alice says the most ­important thing on her bucket list was to get people to sign up to be a bone marrow donor, and even during her gruelling ­treatment she never stopped campaigning.

After receiving Prime Minister David Cameron’s praise in the House of Commons, she has now managed to get more than 40,000 people in the UK to join the register.

Alice says: “Getting people to sign up was so important to me because I’ve had friends who’ve died because they’ve not been able to find a donor.

There’s a match out there for everyone, and if more people sign up, fewer will die.”

Mum Vicky says: “Alice is a determined young girl, and she just doesn’t want to go, so she remains focused on helping others.”

Together with Vicky and dad Simon, kind-hearted Alice also set up a charity called Alice’s Escapes earlier this year – to provide holidays to the Lake District for families with a ­seriously ill child.

Alice, who is receiving palliative treatment, has also raised £100,000 for different charities with younger sister, Milly, 14.

View the embedded image gallery online at:
https://prideofbritain.com/history/2012/alice-pyne#sigProId9c133c219d
Tagged under