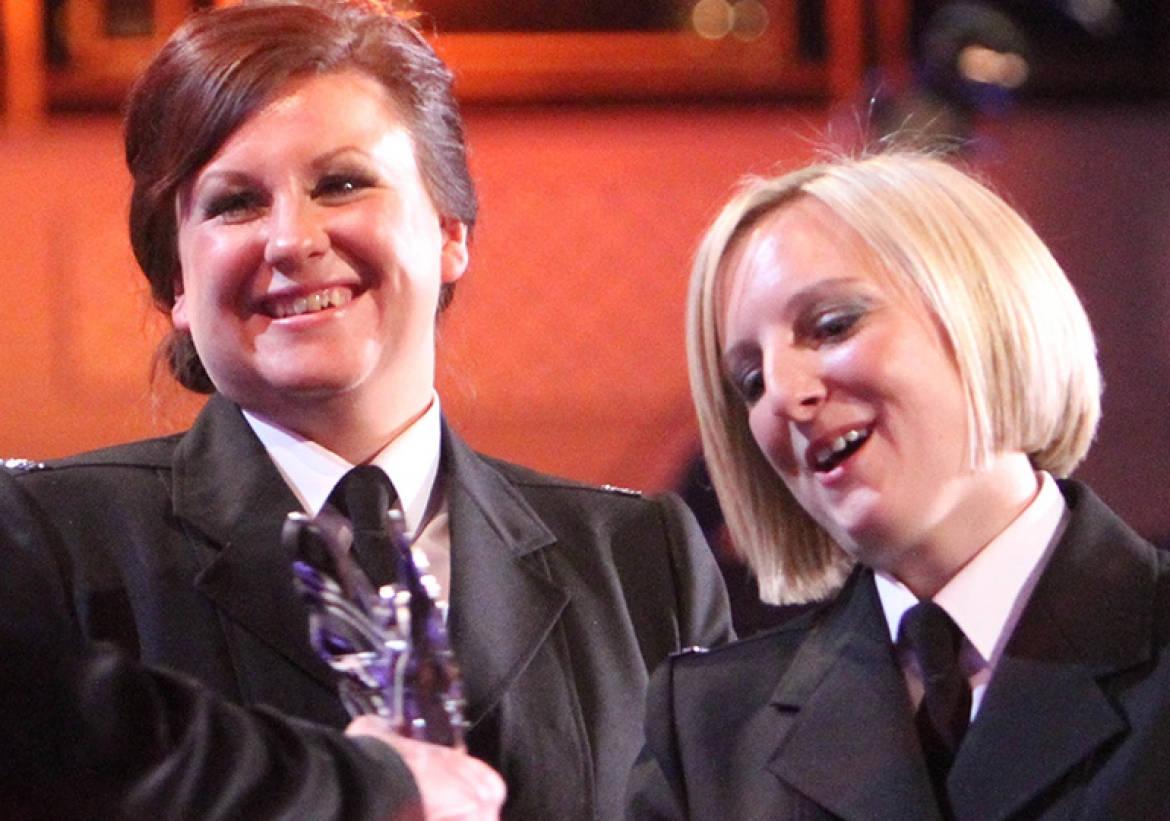 Being alone and unarmed didn't stop Kelli Walker and Katie Harvey bravely tackling and overpowering a gun-toting torture gang when they responded to a silent 999 call.

Making a split second decision, the women forced their way into a house in Bournemouth and were met with shocking scenes as they found a badly beaten young man covered in blood, who had been stripped and tied up with a cloth stuffed in his mouth.

WPC Harvey, 30, shouted at the gunman then used her bare hands to grapple with the much bigger man, forcing him to drop the weapon. As they wrestled, outnumbered WPC Walker, 31, fought off the two accomplices with CS spray.

The WPCs managed to trap the gang in the house until back-up arrived and arrested the men. Because of the officers' bravery, the three criminals were jailed for a total of 27 years for offences including aggravated burglary and possession of an imitation firearm.

WPC Walker said: "It was only after the incident that we realised the enormity of the situation and what the consequences could have been."

WPC Harvey added: "Although it was a difficult incident, Kelli and I were carrying out our job and I'm sure any one of our colleagues would have done the same."