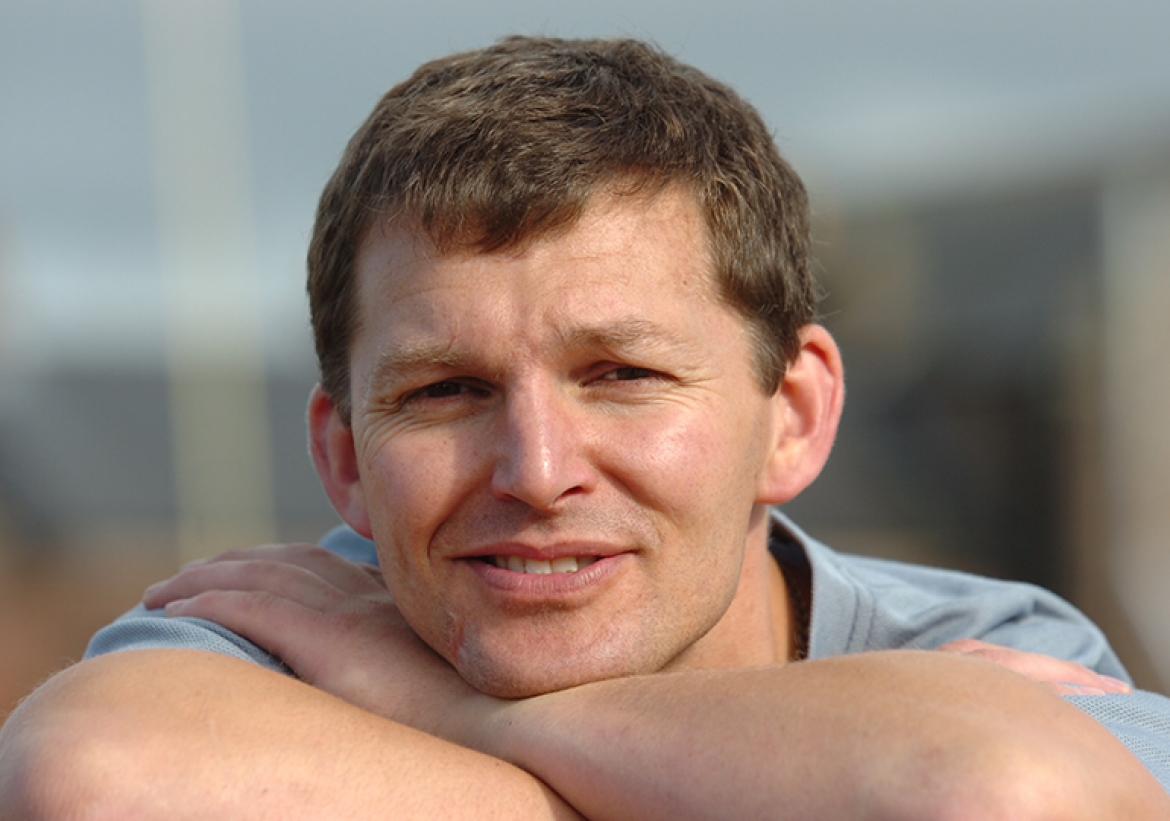 Popping out for a pint of milk turned into an unforgettable experience for firefighter Tony Baker when he found himself face-to-face with armed robbers.

After arriving at their local supermarket in Usk, South Wales, Tony and his wife were shocked to find frightened parents and children lying on the ground as a masked gang ordered the tills to be opened.

Tony knew the trio had held up a Post Office and terrified staff by taking a customer hostage a fortnight before.

"My wife shot past me to find someone with a phone." he says, "and, as I looked back, a guy wearing a ski mask and holding a gun, yelled at me to get on the floor."

Tony, 32, made a split second decision and shouted at the men to draw them out of the shop, away from the customers.

Walking backwards and yelling loudly, he goaded two of them - one armed with a baseball bat and the other with a gun - into chasing him.

"I started backing off up the street," says Tony, "and it got to the point where I knew something was going to happen.

"One guy hit me around the head with the bat and the other followed it with a right hook which missed and made him land in front of me."

He grabbed his attacker by the shoulder and used his night torch to strike him on the head at which point his accomplice came back and hit Tony again with the bat.

Tony lost his grip but managed to knock the gun to the ground before the couple ran off.

A passer-by joined Tony as he chased after the robbers but when the gang suddenly produced knives, the pair finally backed off.

"I was a butcher at the time and know what damage a blade can do," Tony adds. "You don't get a second chance and that was when reality kicked in, so we turned tail."

Tony had suffered a two and a half inch wound to the top of his head and needed hospital treatment, but he says, "There's so much adrenalin pumping around your body, you don't feel any pain at the time."

He admitted he tackled the gang because he was annoyed they had brought violence and terror to a peaceful area.

"I would do it again," he admits. "I'd always asked myself what I'd do in a situation like that. I got the chance to know the answer."

The gun Tony dislodged gave the police the vital forensic evidence they needed to identify the gang who had committed increasingly violent armed robberies along the M4 corridor, spreading over seven police forces.

They were jailed for a total of 43 years.