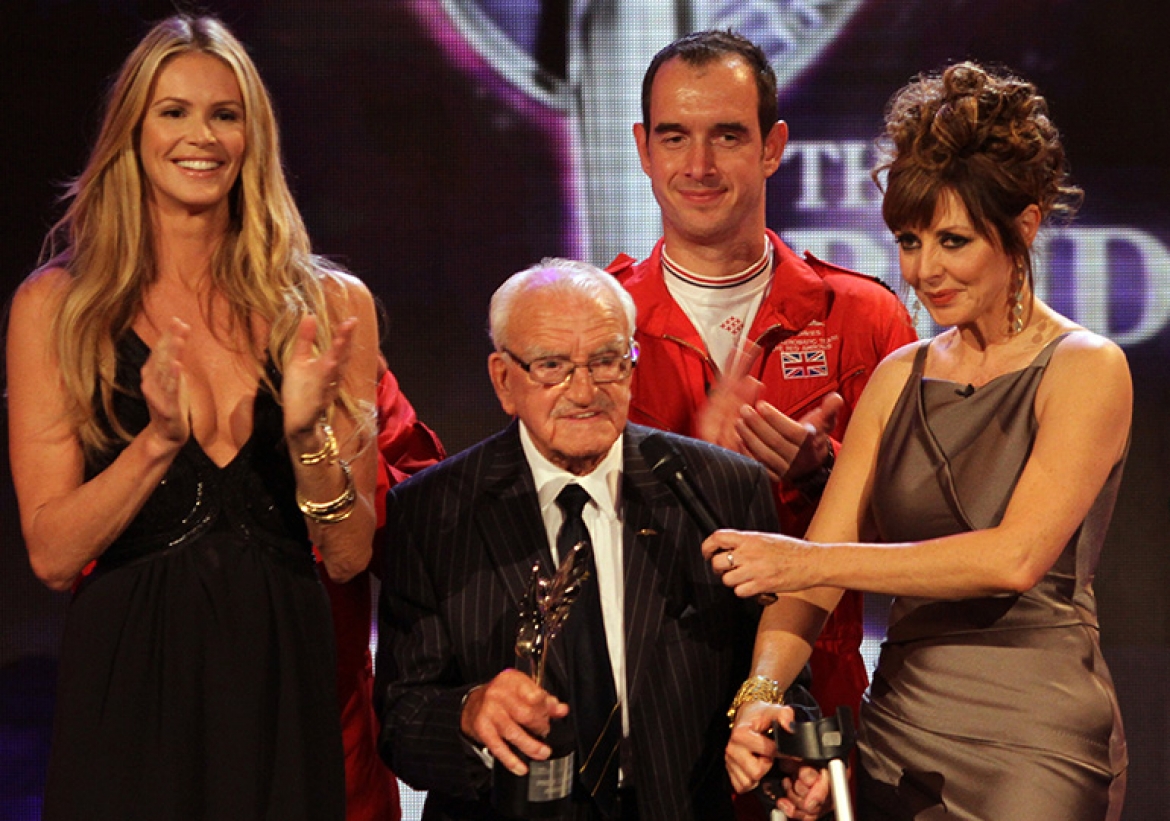 At the age of 91, you"d excuse Tom Lackey for slowing down a bit. But the quiet life isn't for this daredevil grandad.

He"s helped raise over £1million for charity by wing walking in a string of incredible record-breaking stunts.

Tom, a dad-of-three and granddad-of-two, took up the hair-raising hobby at the age of 80 after the death of his wife Isabel in 2000, who served in the RAF.

"I was a mere youngster then," jokes Tom. "My granddaughter asked me why I couldn't sit in the plane like everyone else, but I thought that was far too boring."

Tom, from Shirley, West Midlands, raised money for the British Heart Foundation in Isabel"s memory by entering the record books as the oldest person to loop-the-loop strapped to an aircraft"s wings at the age of 85.

"The first time I went upside down I felt a bit funny, but the second time was really lots of fun," he recalls.

"Isabel would"ve been cross with me because it"s risky, but I did it anyway.

"I imagine she would have come round to the idea of what I was doing eventually."

The retired builder has since completed 26 wing walks for various charities.

"It"s wonderful to be able to help other people," he says.

When he"s not flying, Tom gives talks at clubs around the country, sharing his stories to raise money and awareness.

In December 2009, Tom, who carries a photograph of Isabel on every flight he makes, entered the Guinness Book Of Records as the oldest person to cross the English Channel strapped to the wings of a plane, flying from Calais to the Duke of York Royal Military School airfield, near Dover.

He gave all the proceeds from that adventure to Breakthrough Breast Cancer after his daughter Anne Joynson, 50, was diagnosed with pre-cancerous cells the year before.

"I was in the air for almost an hour and had the most fun, even though it was very cold," says Tom.

His achievement formed part of the centenary celebrations of the first cross-Channel flight by Louis Bleriot in 1909.

Tom remembers: "There were thousands of people waiting there when I landed. It was one of the greatest experiences of my life."

His latest stunt was in June when he broke his own record in memory of his son Alex, who died of cancer in May, aged 65.

Having now achieved five world records, Tom says: "I know Alex would have been very proud.

"People tell me that I must be mad but that just makes me want to do it more. I don"t like the word impossible."

Now the incredible pensioner is planning more escapades in the sky.

He says: "I think I"ll give some more aerobatics while strapped to the top of a plane a go next."