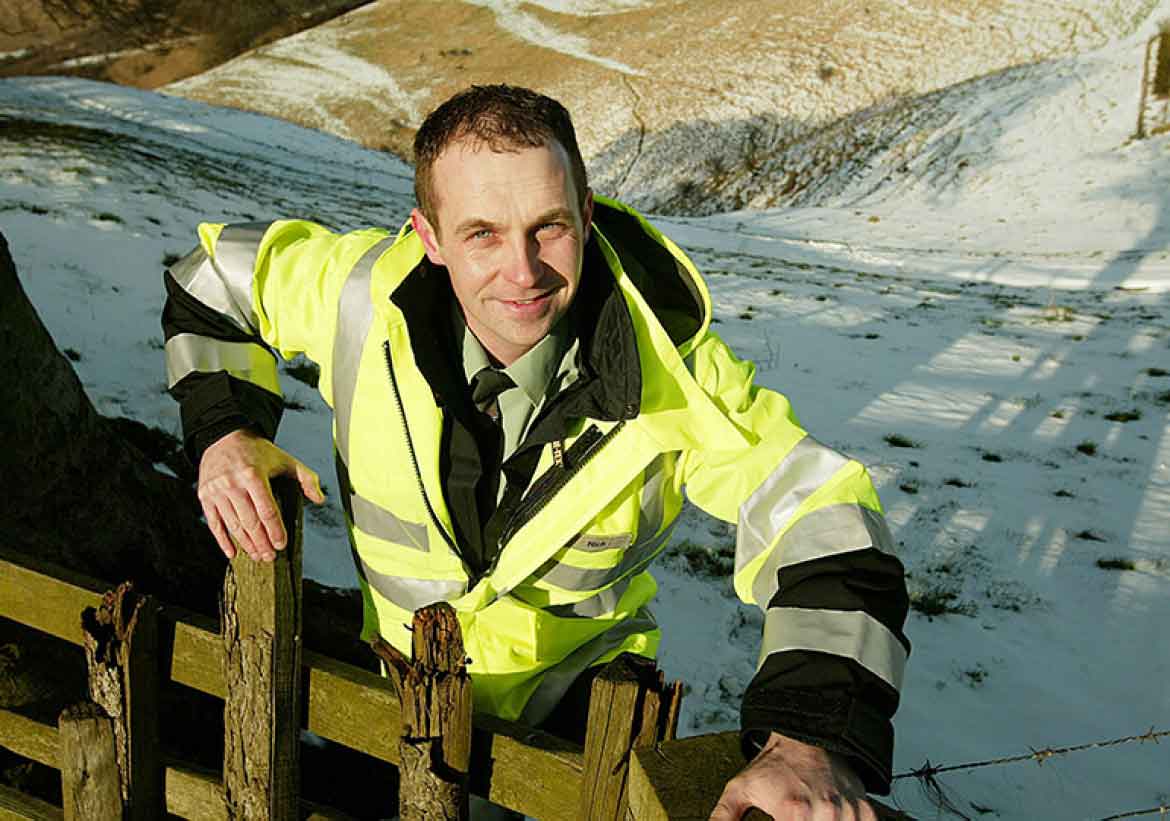 In August 2002 AA patrolman Rick Buckley was driving round a notorious bend in North Yorkshire known as "Devil's Elbow", when he thought he'd stumbled onto the set of a movie.

Rick says: "A minibus passed me and suddenly there was a massive smash, I looked in the mirror and saw trees and branches and mud being thrown up in the air."

He shot back to the scene and found himself staring down a 400 foot ravine where the van had disappeared.

Halfway down the battered vehicle had come to halt, stopped by a tree.

Rick says: "The bus was badly crushed and I couldn't see how anyone could have survived. It was teetering like something out of the Italian Job.

"There were sleeping bags and tents everywhere and I immediately thought the bus was full of kids - my stomach sunk. I felt sick but I was the only one around so it was either me or nobody, so over I went."

As he neared the minibus he heard someone shouting for help. Trapped inside was 21-year-old Helen Grieve who had been going to set up a camp for underprivileged youngsters when she lost control.

Rick says: "I looked in and there she was, hanging from her middle by her seatbelt, upside down and crying out 'I can't feel my legs.'

"She was also trapped between the door pillar and roof which had been crushed in on impact."

Despite the danger of the bus plunging another 200 feet down to the foot of the ravine Rick climbed in.

He carefully stood on the seats and used his shoulders to support Helen while talking to her to find out if others were involved in the crash.

At the same time another driver clambered down the dangerous slope to help Helen.

Railway surveyor Ken Logan, 29, of York, was driving his sick mother-in-law Jean Rowe home from hospital when the minibus careered past and off the road.

Realising Helen's life was in danger cancer sufferer Jean, who has since sadly died, bravely handed over a cylinder of oxygen which was helping her breath.

Ken passed the oxygen into Rick, who placed the mask on Helen's face, easing her breathing considerably.

The emergency services arrived a quarter of an hour later. Rick says: "It seemed like the longest 15 minutes of my life because Helen kept drifting in and out of  consciousness and I was thinking please don't die on me.

"The whole time the van was creaking and groaning and felt as if it was about to fall but I couldn't let her know I was a scared because I was trying to calm her down."

Helen was airlifted to hospital and has since made a full recovery, but doctors say she would have died within minutes had Rick not intervened.

He is modest about his rescue, saying: "Everyone keeps saying I'm brave but I'm just me, little Rick Buckley from Yorkshire. I don't think of myself as a hero at all."