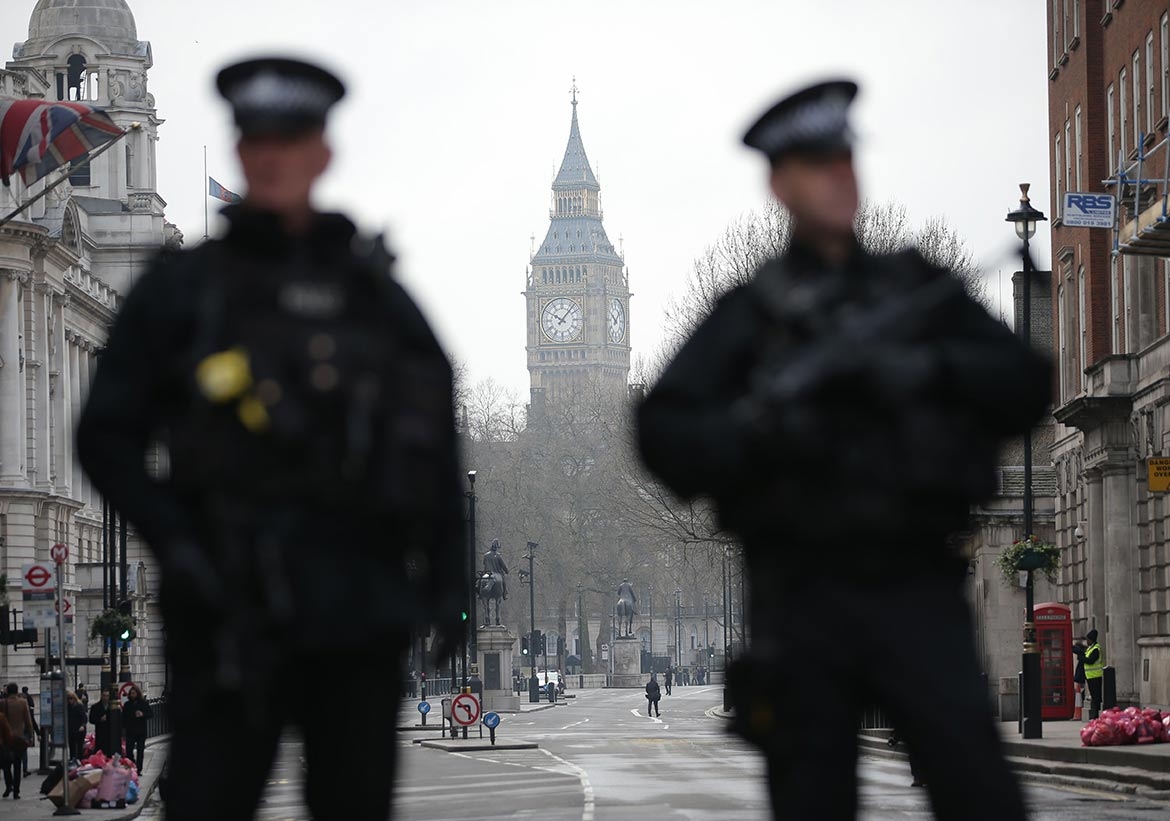 When terrorists struck in the heart of London this year, at Westminster and London Bridge, police officers rushed into danger to protect the public, regardless of the risk to their own safety.

Three officers who directly confronted the Jihadis suffered serious injuries, with one of them paying the ultimate price and losing his life.

On March 22nd, Khalid Masood carried out a frenzied attack outside the Houses of Parliament. He had driven down the pavement of Westminster Bridge, injuring 50 people and killing four, before crashing his car and running into the Palace of Westminster grounds with two large knives, determined to kill as many people as possible.

PC Keith Palmer, who was unarmed, confronted Masood, preventing him from entering Parliament, and delaying him long enough for an armed officer to reach the scene and shoot Masood dead.

PC Palmer, 48, suffered a fatal knife wound in the struggle, and despite heroic efforts by colleagues and MP Tobias Ellwood to save him, was pronounced dead at the scene.

His first instinct was that the commotion was a pub fight, but as soon as he saw knife-wielding Jihadis attacking people on Borough High Street, he rushed to confront them.

PC Marques was wounded just above his right eye and also suffered major injuries to his head, left leg and left hand. He was also temporarily blinded in one eye.

“I didn’t realise how badly I was hurt,” he said. “The adrenaline, the fighting, all of that, I could feel what they were doing to me but I couldn’t feel it at the same time. I could just feel that I’d been cut and hurt.”

During the same attack, off-duty Emergency Response Officer Charlie Guenigault, 25, was drinking with friends when the terrorists smashed their van into a nearby restaurant. Instead of fleeing, he ran towards the attackers to protect others.

The 25-year-old received stab wounds to his head, leg, back and stomach, and had to undergo a three hour operation to remove his spleen.

All three officers rushed into danger, regardless of the risk, to protect the public, and through their heroic actions undoubtedly saved lives.

All police officers are heroes, and these three are the perfect examples of this. When faced with the ultimate danger, they tackled it head-on without thinking of themselves.  Their courage is simply awe-inspiring.Pride of Britain judges
Tagged under