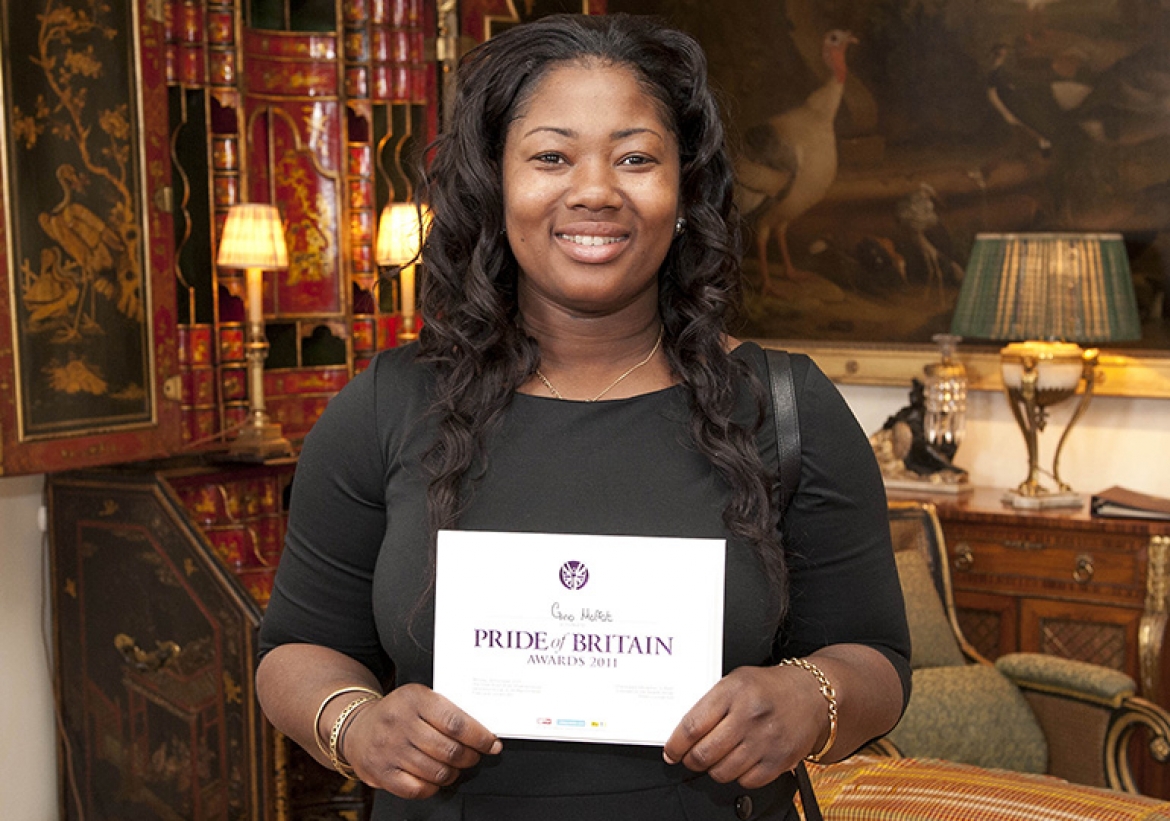 Crying alone in a prison cell seven years ago after being jailed for smuggling drugs, Gina Moffatt thought she had thrown her whole life away.

But life behind bars provided her with a second chance, and she is now a successful businesswoman, community leader and mentor – helping ex-convicts find work and warning girls about the dangers of gang crime.

This summer she was also involved in helping rebuild the community in Tottenham, North London after it was ravaged by riots.

Growing up in Tottenham, Gina found herself moving in the wrong circles, becoming involved with a drugs dealer and being caught carrying £125,000 worth of cocaine for him at Heathrow Airport.

"I thought he was my knight in shining armour," recalls Gina, 34. "But he was grooming me for what he wanted."

Gina couldn't bring herself to contact her family for months after her arrest, enduring the ordeal alone. She was sentenced to six years in London"s Holloway Prison and forced to leave her two-year-old twin daughters Lucille and Michelle behind.

"I was ashamed. I never thought I'd go to prison – that was for murderers, not girls like me," she says.

But prison was the wake-up call Gina needed. She explains: "I'd only ever been around people who dealt drugs.

"No one ever took them themselves – so seeing recovering addicts in jail was a real shock."

Gina vowed to turn her life around and soon became a model prisoner.

She got her second chance when she mentioned an interest in flower arranging to prison governor Alan Brady.

He suggested she should study for an NVQ qualification in the subject. After completing the course, Gina persuaded him to let her provide flowers for inmates, visitors and staff.

"There were hundreds of women with birthdays and anniversaries, and so my florist"s – Blooming Scent – was born," she explains. The venture was such a success that Gina recruited other prisoners to help.

As her parole hearing approached Gina was visited by officials of The Prince's Trust.

She was freed after serving four years, and with the Trust's help, she found a unit at the Bernie Grant Arts Centre near her home in Tottenham after her release in February 2008. She also secured a loan to start up her business.

The Trust asked Dragons" Den TV tycoon James Caan to mentor Gina – and he encouraged her to open the Blooming Scent Cafe.

Four years on, Gina"s businesses have gone from strength to strength, becoming a hub for the community. She employs ex-convicts, giving them the kind of second chance that changed her life.

She also talks at local schools on the dangers of drugs and gang crime. "Before I went to prison I was one of those kids on the street," she says. "Now I can help others to avoid the trap I fell into."