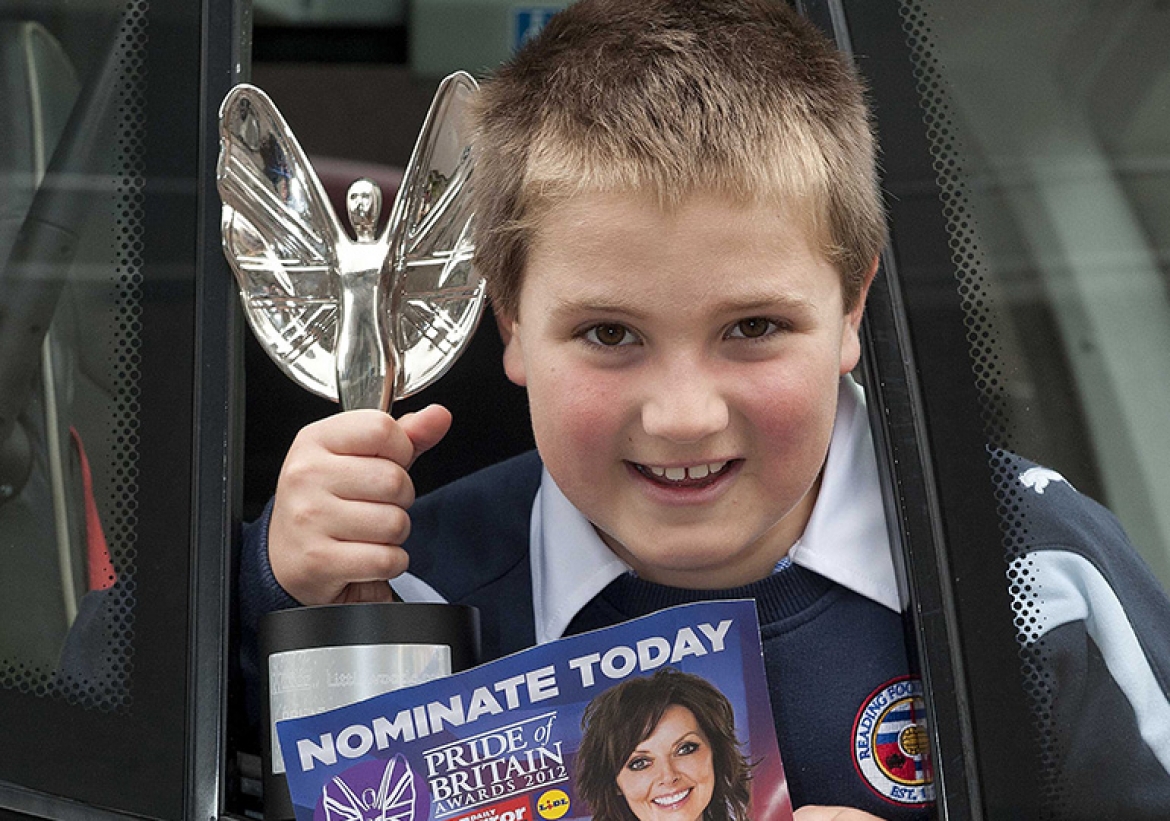 He's spent the last two years in and out of hospital for gruelling treatment for acute lymphoblastic leukaemia.

Yet through sheer determination, George Major started a fundraising campaign called George's Marvellous Medicine Fund, which has brought in more than £20,000 for charities close to his heart.

George, seven, first decided to raise money for a Nintendo Wii computer game at the Royal Berkshire Hospital, Reading shortly after he was diagnosed with cancer of the blood in June 2009.

"Hearing his diagnosis, I couldnt stop shaking," recalls his mum Victoria Harrington. "I went into shock as I tried to take in what the doctors were saying."

George began his first intensive six-week stint of six-hour chemotherapy sessions. He was in a basic children's ward but couldn't venture out to the playroom.

So George asked his mum and dad, Tim, if he could raise money for the computer console. He wanted something to help keep young patients like him entertained.

"I didn't like hospital because it was boring," he says. "And I knew the other children were bored too – so it was nice to do something for everyone."

Despite his harrowing chemo treatments, George, who has a three-year-old brother called Noah, organised tea parties, name-the-teddy competitions, auctions and coffee mornings at relatives" houses to raise money for the fund.

"He's a big Roald Dahl fan and came up with the name for the fund," says Victoria.

"It was amazing to watch my little boy, who was desperately ill because of the intensity of his treatments, get up most days and dedicate his time to helping others."

And the events were so successful George has now provided children"s rooms at the hospital with a selection of computer and board games – including Monopoly, Battleships, Guess Who?, Connect 4 and a selection of DVDs. Money has also funded a sofa bed in one of the hospital's oncology isolation rooms, so families can stay with their children overnight in comfort.

"It means parents can be with their children when they need us most," explains Victoria. "I'm astounded that it's all thanks to little George."

Money raised has benefited good causes including the CLIC Sargent cancer charity and Starlight for terminally and seriously ill children – both have been supportive to George and his family.

"He's such a caring person, he wanted to give back to those who have helped him," says Victoria. "George had raised so much for the hospital they were running out of room for all the toys anyway."

George is now in remission, but his chemo treatment will continue for at least another year to reduce the risk of the cancer returning.