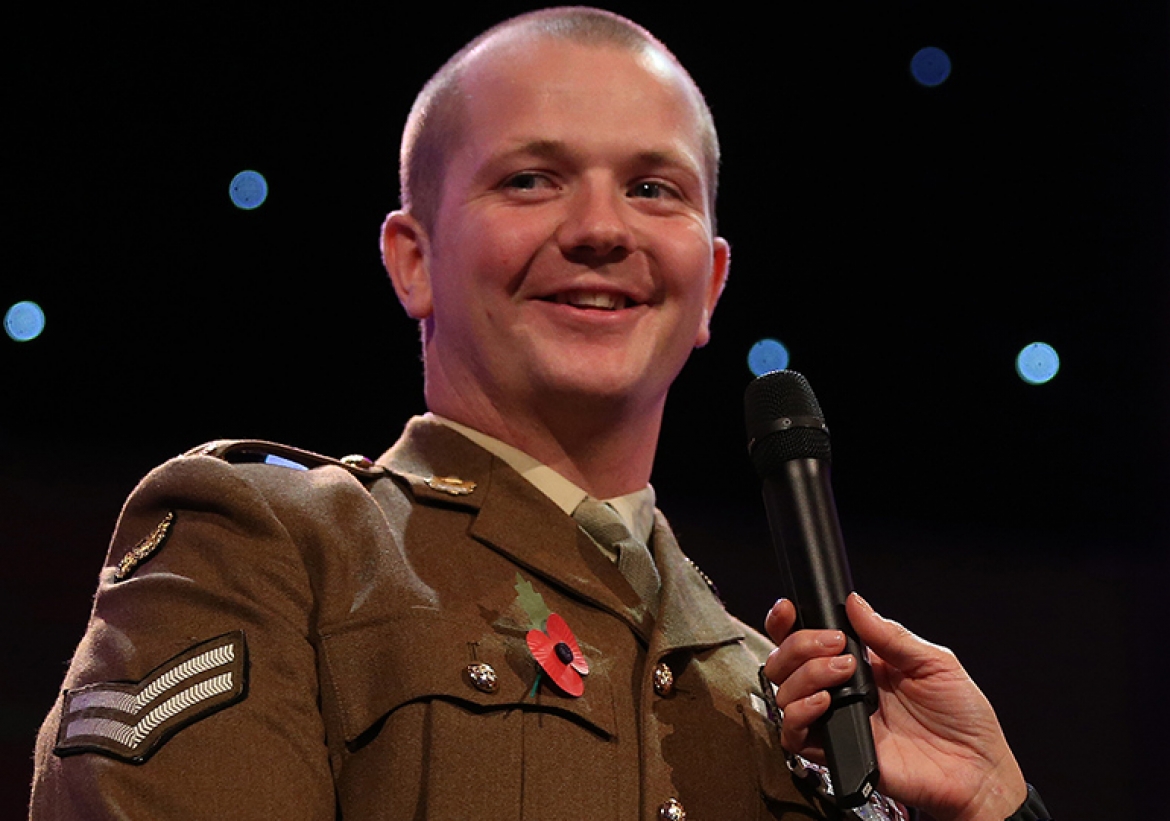 Corporal Carl Taylor put his life on the line twice by running across open ground in a hail of bullets to save the lives of three children in Afghanistan during an intense firefight with Taliban insurgents.

Carl, who serves with the 3rd Battalion The Mercian Regiment, was a section commander in Helmand Province in March 2011 when his patrol came under attack.

The soldiers took cover in a compound where they found two women terrified for the safety of three boys caught behind a small wall 80ft away. Carl, 26, from Birmingham, says: “I just had to rescue them There was a chance of them getting caught in the crossfire. All I could think to myself as I ran was, ‘Be fast’. When I reached the boys, they were cowering behind the wall, curled up in a ball. I picked up the child that was closest to me, then raced back as fast as I could.”

Cpl Taylor, whose girlfriend Becky Gallimore was pregnant with son Olly at the time, then made the dash a second time to grab the other boys, accompanied by Cpt James Cook. With a child each under their arms, they raced back to the main compound, where they reunited the children with their distraught mothers.

Carl added: "I like to think that most people in that situation would have done the same."