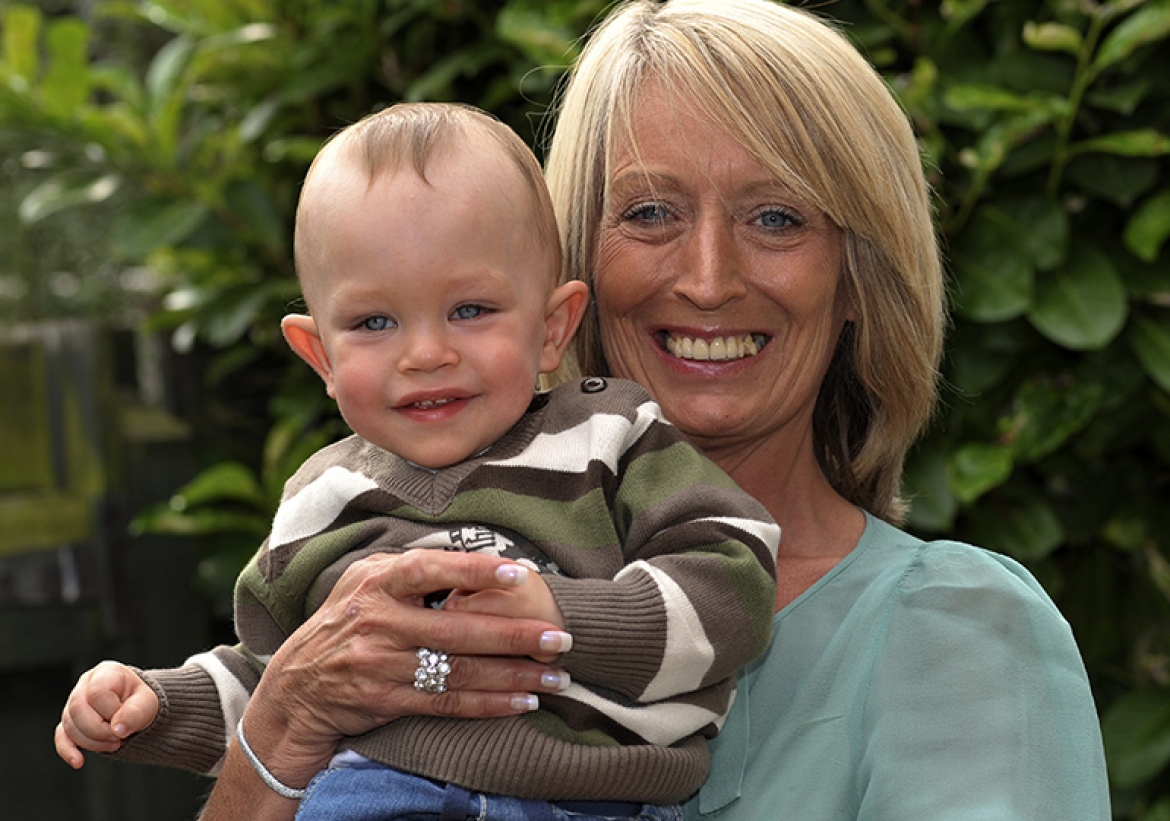 When a passenger who was only 24 weeks pregnant suddenly went into labour on a plane to Crete, flight attendant Carol Miller found herself delivering a seriously premature 1lb 1oz baby at 30,000ft.

Carol, 47, from Liverpool, was working on the flight from Manchester on April 17, when a woman approached her saying she was bleeding. Carol immediately informed the pilot and arranged for a link to be made with medical professionals in the UK who told her to monitor the lady. But 10 minutes later, when the bleeding became much worse, the plane was diverted to the nearest UK airport.

Carol made the woman - Nicola Delemere, 31, from Scunthorpe - as comfortable as possible, but minutes later Nicola shouted that the baby was coming.

Within no time, Carol had single-handedly delivered baby Alfie as dad Dominic, 28, looked on in shock. But Carol realised that Alfie was not breathing and knew that, being three months premature, he would have little chance of survival - even in a hospital incubator. Without hesitation, she clamped the umbilical cord and began to perform CPR on the baby. She used a drinking straw to gently breathe into and inflate his lungs, then performed mouth-to-mouth and heart massage.

Little Alfie was so small he could fit into the palm of Carol's hand, but despite the odds of survival being so low, she persisted with CPR for 40 minutes until they landed at Gatwick and were met by the emergency services.

Alfie was then rushed to St George's Hospital in Tooting, South London, for specialist care, before being transferred to a hospital in Scunthorpe. The next day, the airline - First Choice Airways - was informed that Alfie, although poorly, had been saved thanks to Carol's skill and determination. He is the first baby in 20 years to be born on a charter airline and survive.

Carol, who also cares for her elderly mother, has since stayed in touch with Nicola and Dominic. Nicola, who describes Carol as "Alfie's angel", says, "I was really scared thinking he wasn't going to make it." Dominic adds, "We really can't begin to thank Carol enough for saving Alfie's life." Their tiny son finally returned home from hospital in August weighing 5lbs 5oz.

"I was delighted that Alfie survived against all odds", says Carol. "I just applied my medical training." Chris Browne, First Choice Airways' managing director, adds, "This is an incredible story and I can't praise the whole crew enough. "Carol's exceptional presence of mind gave baby Alfie a fighting chance in extraordinary circumstances."