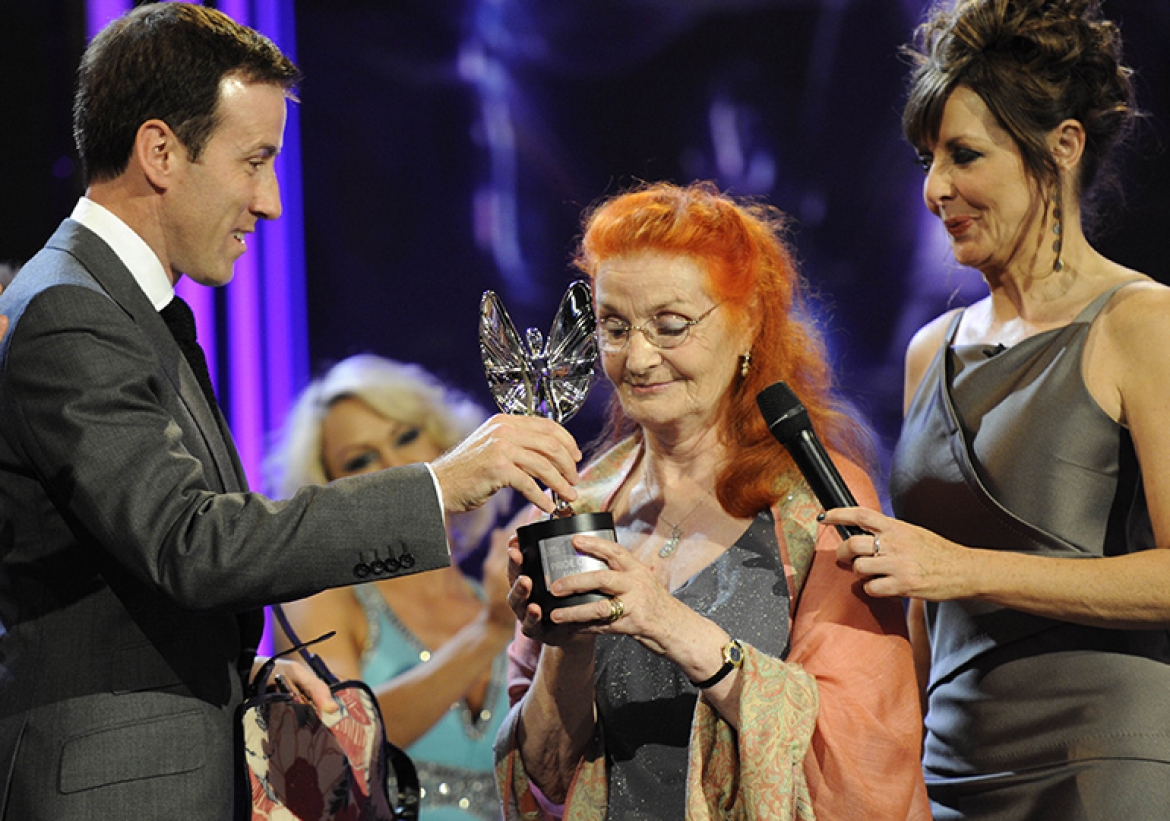 When pensioner Ann Timson saw an armed gang attacking a jewellery shop, she set about them with her handbag, foiling the raid and landing the villains behind bars.

Ann, 71, became an amazing have-a-go gran after she popped out to her local shops. She was chatting with a friend in the street when she heard a commotion behind her.

She turned to see what she thought was a boy being attacked by three men. "They had weapons in their hands and I could see them swinging them," recalls Ann. "I thought the boy was being beaten up. "It flashed into my mind that it could have been my son or my great-nephew, which is what made me run over."

And without a thought for her own safety, Ann launched into action in Northampton High Street – only to realise that the "attack" was in fact a vicious armed robbery.

A masked gang were smashing their way into the shop in front of a crowd of stunned shoppers. While they looked on but took no action, Ann continued to run towards the thugs.

She says: "I was in full flight at that stage. I felt angry at first because I thought the boy was being beaten up and there were people just standing around watching, doing nothing."Then when I realised what was really happening, I was even more angry. I couldn't believe they would do that in broad daylight."

The grandmother-of-one charged at the gang, swinging her handbag and landing a series of blows to their heads."It was the strangest thing," says Ann.

"I don"t think I had time to be really frightened. The whole incident was over in a few seconds, but it felt like it lasted a lifetime."I only had my handbag so I knew that would have to do. Thankfully, I had 15 one-pound coins in my purse so it became a good, heavy weapon!"

The feisty former market trader knocked one of the raiders to the floor, giving passers-by the chance to restrain him until police arrived. Officers then arrested him and were able to identify his accomplices.

Thanks to divorcee Ann"s intervention, five gang members – who had all been involved in similar robberies – were caught and jailed for a total of 26 years.

Her fearless actions were captured on CCTV and made headlines around the world.

But Ann remains a reluctant hero. "I didn't do anything special." she says. "I just happened to be there at the time – and I couldn't stand there and watch what was going on. If something is wrong, it"s wrong."

Despite her bravery, Ann admits to being worried about one thing... telling her 47-year-old son Andre, who lives in the US, what had happened."I knew he wouldn't be pleased with me putting myself at risk like that." she says. "I was terribly naïve. I thought it would blow over and I wouldn't have to tell him. To me it just wasn't a big thing."