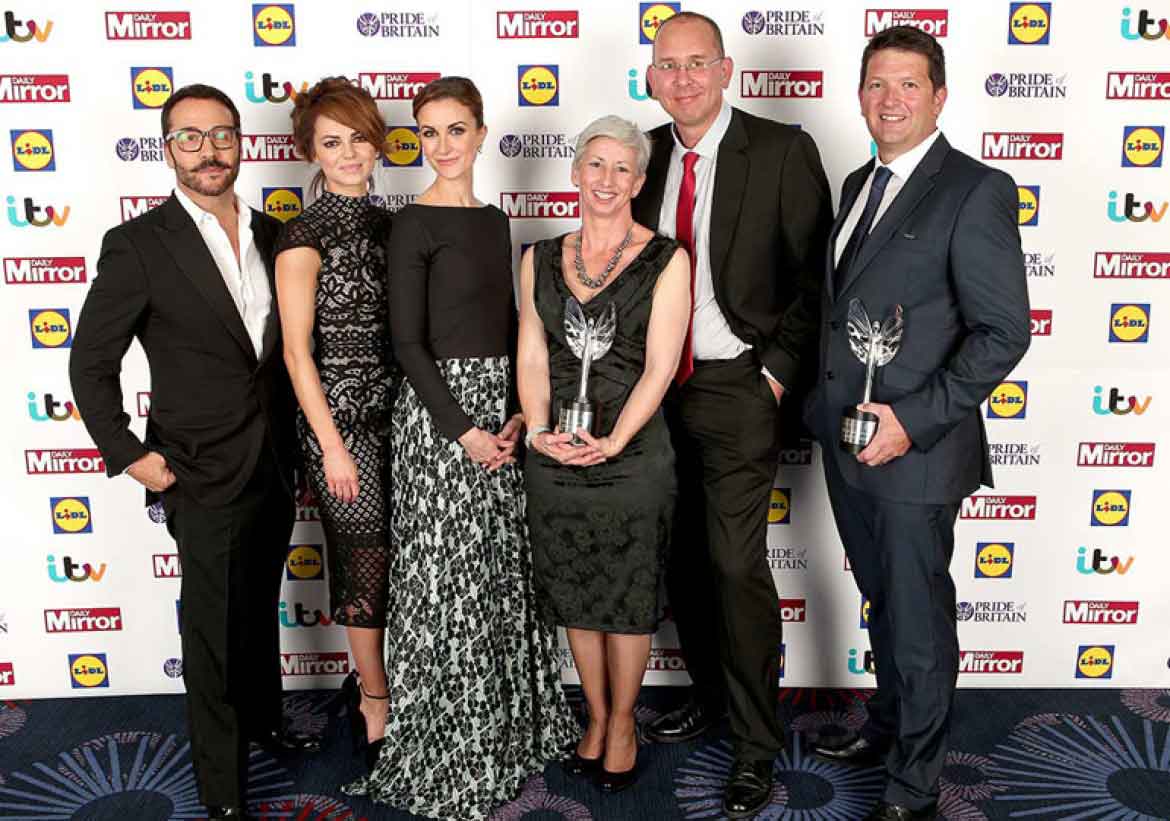 When a high-speed, head-on crash left two men trapped inside burning wreckage, three courageous passers-by risked their own lives to save them.

With flames set to completely engulf both vehicles, husband and wife Brian and Joanne Keane worked with Andrew Bilton to pull the men to safety – just moments before an explosion.

The drama began as Brian, 47, and Joanne, 43, were driving home to Dorchester having spent a lazy Sunday afternoon at a relative’s house.

Brian says: “We were going around the bend on a quiet country road when we saw two cars had just crashed into one another.

Brian pulled over to the side of the road while Joanne immediately called the emergency services.

“There was debris everywhere,” Brian remembers. “I got out and ran over to the first car but was really worried about what I would find.”

Inside was a young man soaked in his own blood from a head wound. His eyes had rolled to the back of his head and he was fitting.

By this time Andrew, 43, had also pulled over and raced to the first car.

He recalls: “I got to the car and the bloke inside wasn’t moving. I thought he was dying. Me and Brian began trying to open the door but it was completely stuck having folded in due to the crash.”

The door would not budge so Brian and Joanne moved to the other vehicle. As they helped the driver and his dog to safety, fire broke out in the car and sent black smoke pouring into the first vehicle – where Andrew was still trying to free the injured driver.

Brian says: “The fire was getting bigger and had started to take hold of the first car. We tried again to open the door but ended up ripping off the handle. It wouldn’t budge.”

With the young man drifting in and out of consciousness, Brian decided he had to take drastic action and climbed into the back seat of the car while Andrew attempted to put out the fire with a bottle of water.

Meanwhile, Joanne was administering first aid to the driver that they had already rescued.

The fire was spreading as Brian kicked out at the door from inside to try to open it.

Fearful bystanders were pleading with him to get out and shouted, “Think of your children.” He remembers: “I couldn’t get out. We had to get him out.”

With flames and smoke billowing in his face, Brian managed to open the door just enough for himself and Andrew to force it open fully, dragging the injured man out just moments before the car exploded.

It didn’t hit me until a few weeks later. My son, who was with us when this happened, hadn’t spoken about it.

But when we were at a petrol station shortly after, I was buying something and he blurted out to the man behind the counter, ‘My dad’s a hero’. It’s brought us closer together.