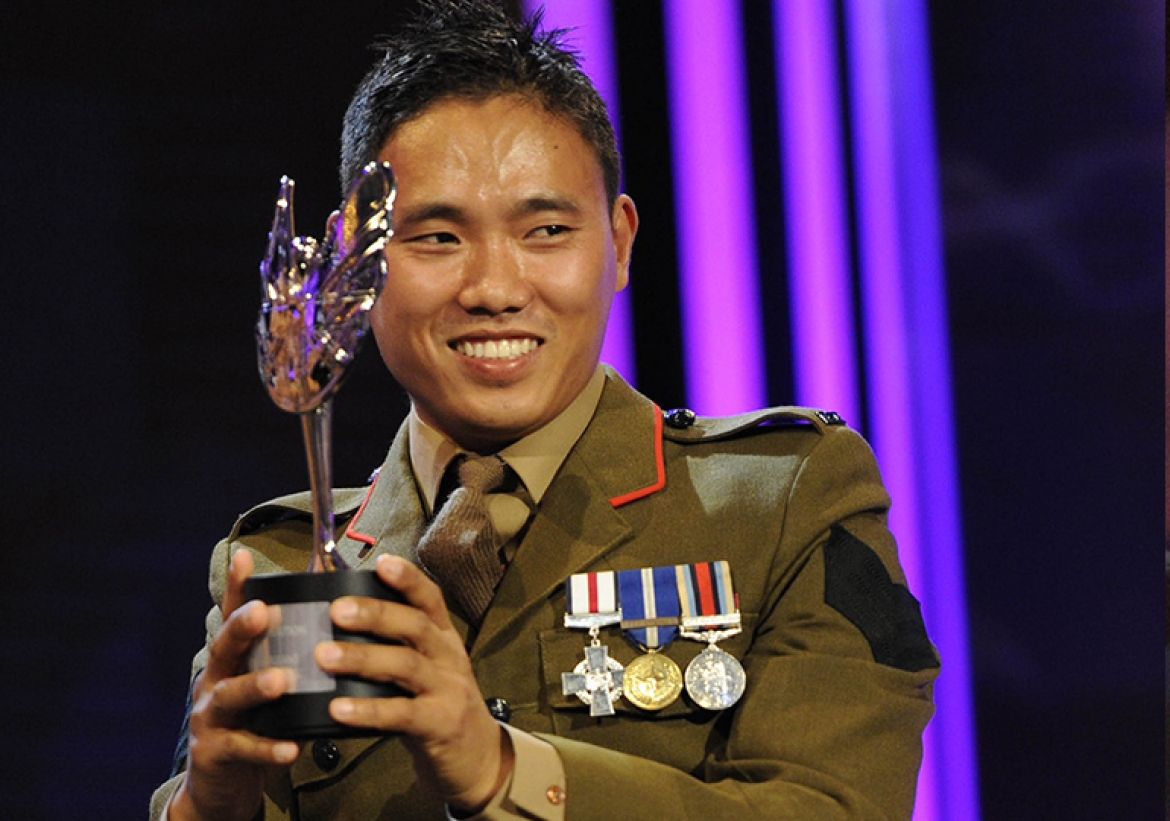 Gurkha Dipprasad Pun is already a hero as one of our brave servicemen who face daily danger in Afghanistan.

But even in an environment where courage is the norm, this 31-year-old"s actions in fighting the Taliban are truly outstanding.

Dipprasad single-handedly took on dozens of Taliban insurgents when they launched an attack on his base, saving the lives of three comrades.

The soldier was on sentry duty at a compound near Babaji in Helmand Province in September 2010 when he spotted two Taliban digging a trench in a bid to lay a bomb.

He quickly realised they weren"t the only enemy fighters on hand. There were many more – and he was surrounded.

They opened fire from all sides, destroying the sentry post – forcing Dipprasad back to defend the position from the roof of the main building.

"As soon as I knew they were Taliban, I thought I was going to die," admits Dipprasad, a member of the 1st Battalion Royal Gurkha Rifles."But those thoughts didn"t last long. I knew I had to do something before they killed me and my three comrades."

The courageous Gurkha remained under continuous attack from the Taliban fighters" rocket-propelled grenades and AK-47 gunfire for more than 15 minutes.

In that time, he fired more than 400 rounds of ammunition and launched 17 grenades as well as detonating a mine to protect his colleagues inside the base.

Dipprasad, whose father and grandfather were also Gurkhas and who now lives in Ashford, Kent with his wife Shobha, was also attacked by two Taliban fighters who climbed onto the building"s roof.

He shot one of his attackers with his SA80 rifle. But when the weapon then jammed, he grabbed the metal tripod and threw it at the second assailant, knocking him to the ground.

Out of ammunition and with two more enemy fighters still firing at him, Dipprasad detonated a Claymore mine, forcing the last of the Taliban to flee.

In recognition of his bravery, Dipprasad was awarded the Conspicuous Gallantry Cross.

The official citation reads: "Pun could never know how many enemies were attempting to overcome his position, but he sought them out from all angles despite the danger, consistently moving towards them to reach the best position of attack."

His commanding officer, Lt Col Gez Strickland, says: "My battalion have done two tours in Afghanistan and been involved in some very difficult and fierce fighting.

"Dipprasad"s action is the bravest I have seen. He courageously held that position despite being under attack from a hail of bullets.
"He saved the lives of three men as well as his own."

Dipprasad says: "I know I"m very lucky to be alive. I didn"t think the attack would ever end, and I nearly collapsed when it was over. I did what I was trained to do."