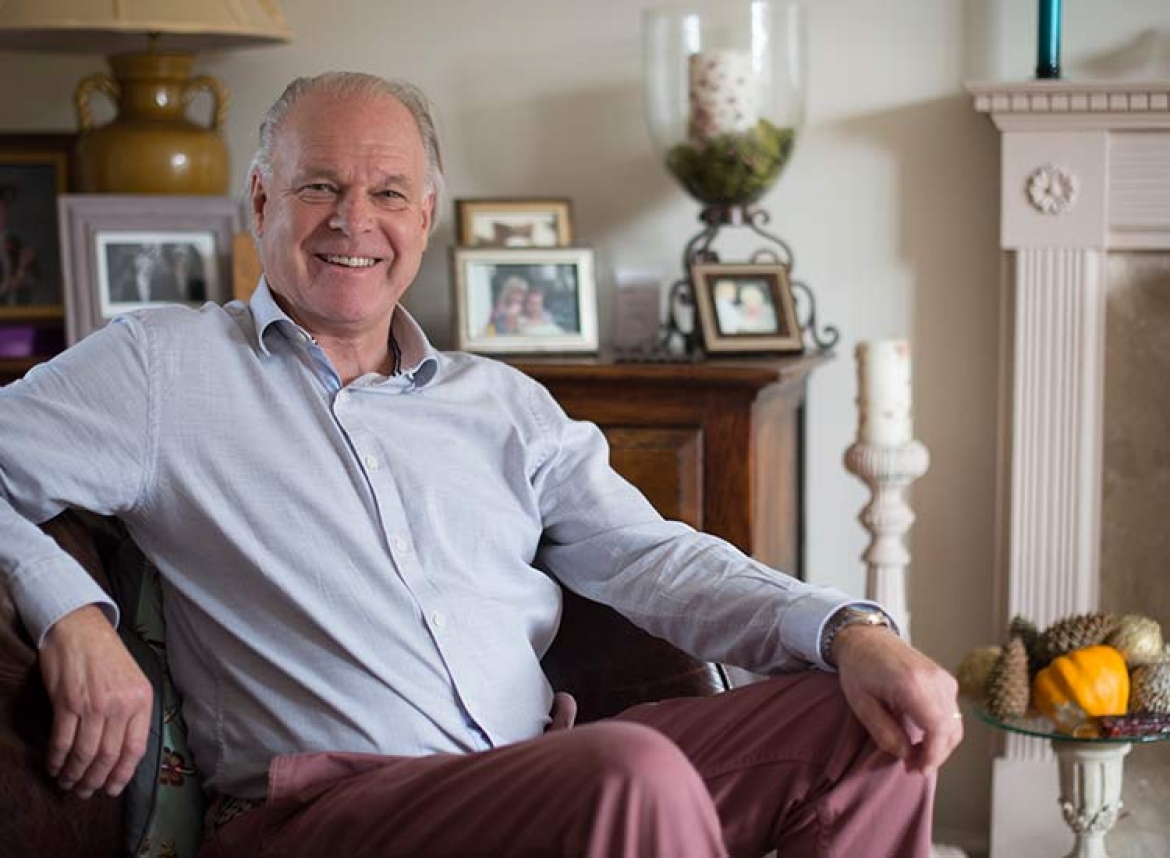 The death of his beautiful son from meningitis is never far from Steve Dayman’s mind.

And this heartbreaking memory has been the driving force behind his 30-year fight to save other families from suffering the same tragedy.

Spencer Dayman was just 14 months old when he was struck down with a deadly form of the disease in 1982.

Steve was forced to watch as his happy, bubbly child was taken from him in the cruellest of ways.

At first it appeared that Spencer was just tired. But when the youngster failed to perk up, Steve and wife Gloria took him to their GP who told them to take him to hospital.

Steve says: “We were just heartbroken. Spencer was such a healthy, happy boy. One minute he was here, the next he was gone. There are times I blame myself and ask if I could have done things differently.”

Steve, now 66, began to research the disease, but discovered there was no readily available information or support for families. He remembers: “That pretty much set me off on a meningitis crusade. I wanted it to be recognised as a disease of national importance.”

Leaving his haulage firm in his wife’s hands, Steve launched the Motorway Meningitis Appeal from a Portakabin on his lorry park in Bristol.

He says: “I wanted to do something Spencer would be proud of and protect others from the horrendous pain of losing a loved one,”

In 1985, Steve helped to start the Stroud Meningitis Support Group following a high number of cases of the disease in the area. This group brought families affected by the disease together and galvanised them into action.

Steve says: “Because of families up and down the country telling their stories and how it affected their lives, it kept meningitis at the forefront of people’s minds.”

In 1989 he was instrumental in establishing the Meningitis Research Foundation and has raised more than £2million through charity walks.

Steve, who has five other children, says: “My main focus has been research. I want this disease beaten and the best way to do that is to highlight it. In the early days I provided the roar that others heard.”

Norway. The test is now a standard way for parents to check if their child’s rash is a symptom of something serious.

Steve launched Meningitis UK in 1999 and the charity has raised £7.5million for research. It brings together some of the country’s top scientists to fight the illness, while supporting thousands of families touched by meningitis.

In April 2013 Meningitis UK united with the Meningitis Trust to form Meningitis Now, with Steve continuing his campaigning role with the new charity.

In recent years, Steve has set his sights on a vaccine for meningitis B – the deadliest strain of the bug, and the one that claimed the life of his son.

Thanks to his campaigning, a vaccine is now approved by the Joint Committee for Vaccination and Immunisation, and the NHS is working on rolling it out nationally.

I truly believe that one day certain bacterial meningitis will be consigned to the history books. With what we have achieved over the last 30 years, I see no reason why that can’t happen.