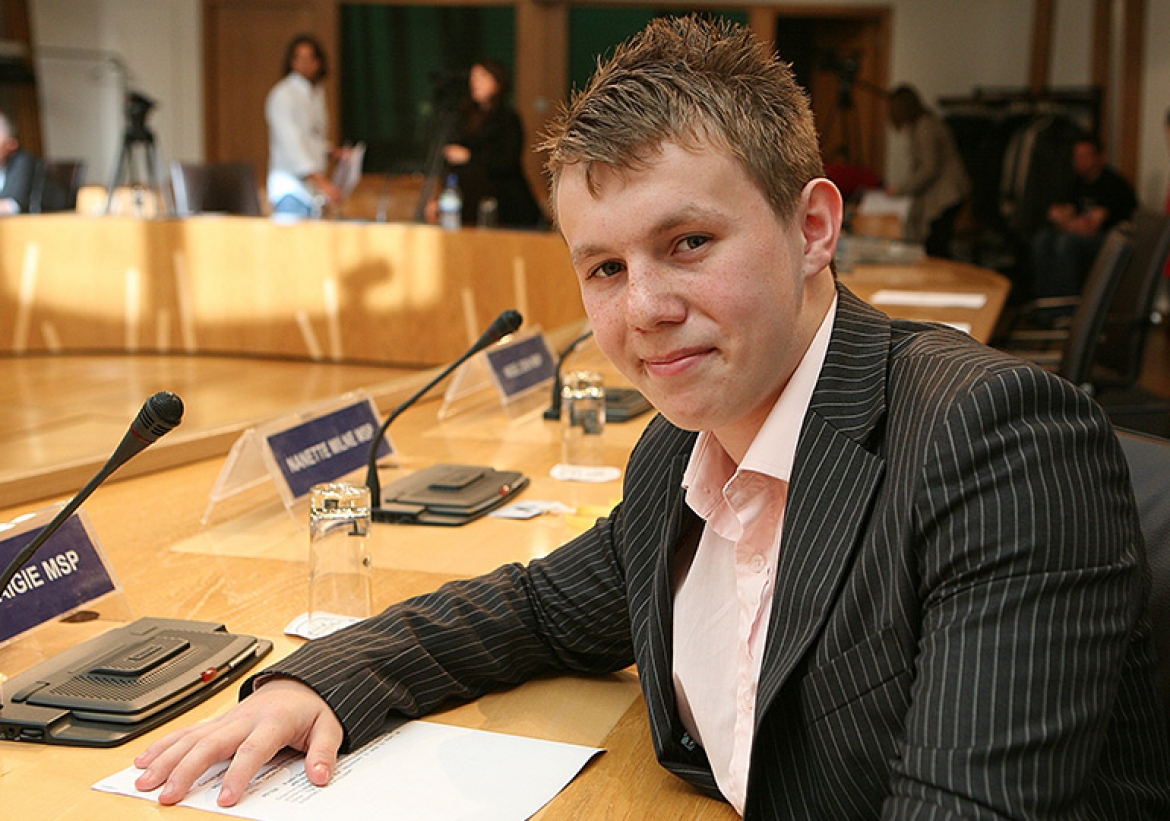 When Ryan McLaughlin's mum was diagnosed with multiple sclerosis his life changed forever. At just 13 he was forced to listen to Kirsten, 35, cry out in pain and to shoulder more responsibility - helping his father take care of her.

But, as he watched her suffer, Ryan vowed to make sure that other families did not go through the same ordeal.

He has spearheaded a campaign to educate people on the importance of Vitamin D in combating MS.

"To listen to your mum screaming out in pain in the middle of the night is something I wouldn't wish on my worst enemy," Ryan says.

"At first I felt scared and angry. We didn't know what to expect or what we could do."

But, after discovering the scientists had linked MS to vitamin D deficiency Ryan set out to spread the message that taking the vitamin was an effective preventative measure against MS and other diseases including some cancers.

Ryan, 15, who lives in Glasgow with Kirsten, dad Alan, 36 and younger brother Darren, 11, set up the Shine On Scotland campaign and lobbied the government to educate GPs about the importance of vitamin D.

After a YouTube campaign Ryan, supported by the MS Society, organised and led a 200-strong march to the Scottish Parliament in Edinburgh where he handed over a petition with thousands of signatures.

He has also helped to organise an international summit in Glasgow to talk about the issue, at which Ryan spoke alongside experts from 19 countries and Scottish Health Secretary Nicola Sturgeon.

Ryan has been successful. The Scottish Parliament has agreed to a public awareness programme - providing GPs with all the support they need to help at-risk groups. Ryan admits: "It's not been easy. We've hit roadblocks and mum has been really ill at times but it's at moments like this you look back and appreciate what you've achieved and start to get a bit emotional."

Ryan has no intention of sitting back following his victory - rather setting his sights on securing a national vitamin D supplementation programme for all Scottish children.

"We need to get the message out that the kids are missing adequate protection and they need that protection now against, not only MS but other diseases like cancer and rheumatoid arthritis which vitamin D can prevent," Ryan explains.

"It's about future generations. My mum's already got MS and although vitamin D helps it's not mum we can save any more. Right now it's about prevention, I don't want others to suffer like my mum."

JK Rowling whose late-mother battled MS, has supported Ryan's campaign. She says: " I only wish I had the gumption at 15 to do what Ryan is doing and get such an important issue raised at parliament."