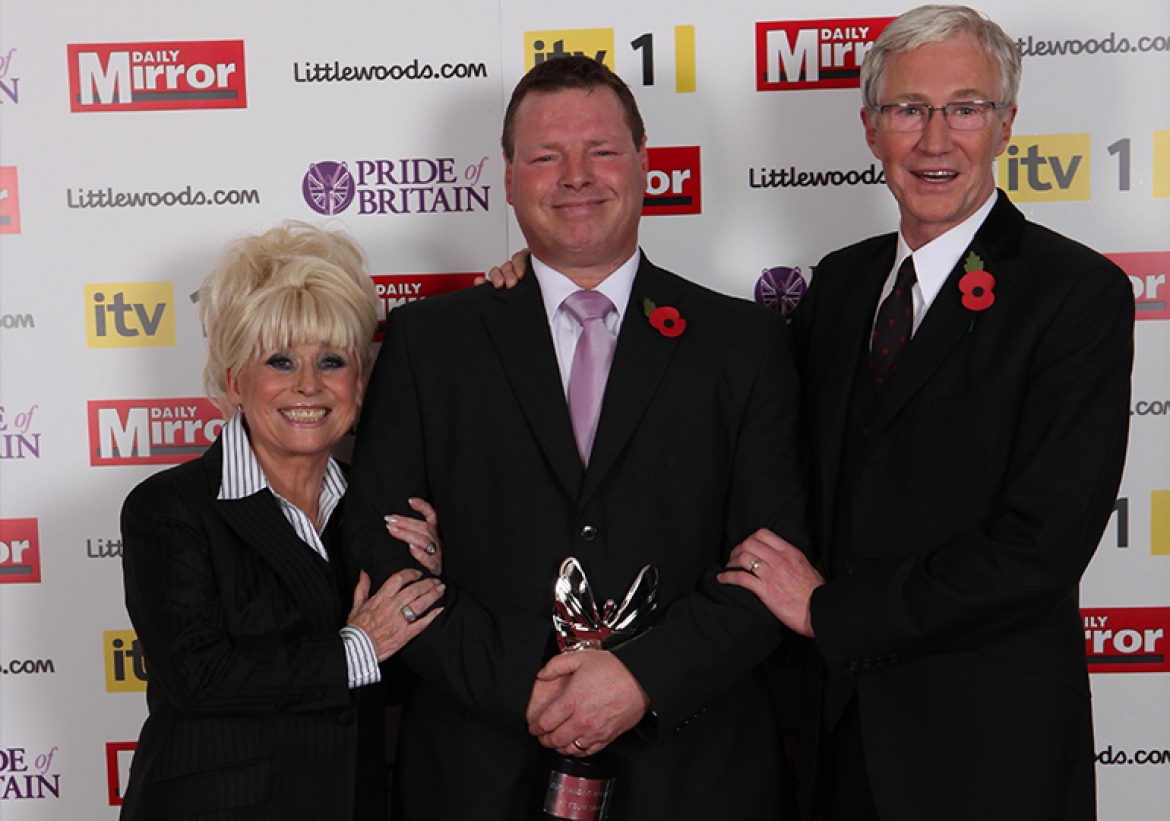 He then risked his own life to rescue all 66 people on board just seconds before the vehicle exploded.

Colin, 48, from London, was on the M3 when he spotted black smoke coming from the rear of a bus.

Colin flagged down the driver, pulled over and began clearing the lower deck of passengers.

The top deck contained mostly children. Colin ran up and down the stairs scooping up youngsters two or three at a time and handing them off the bus.

Just one or two seconds after he made his exit, the coach blew up.

Bhupinder Rajoo, the last person rescued, says: "He was so close to sacrificing himself for us. We wouldn't be here if it wasn't for Colin."