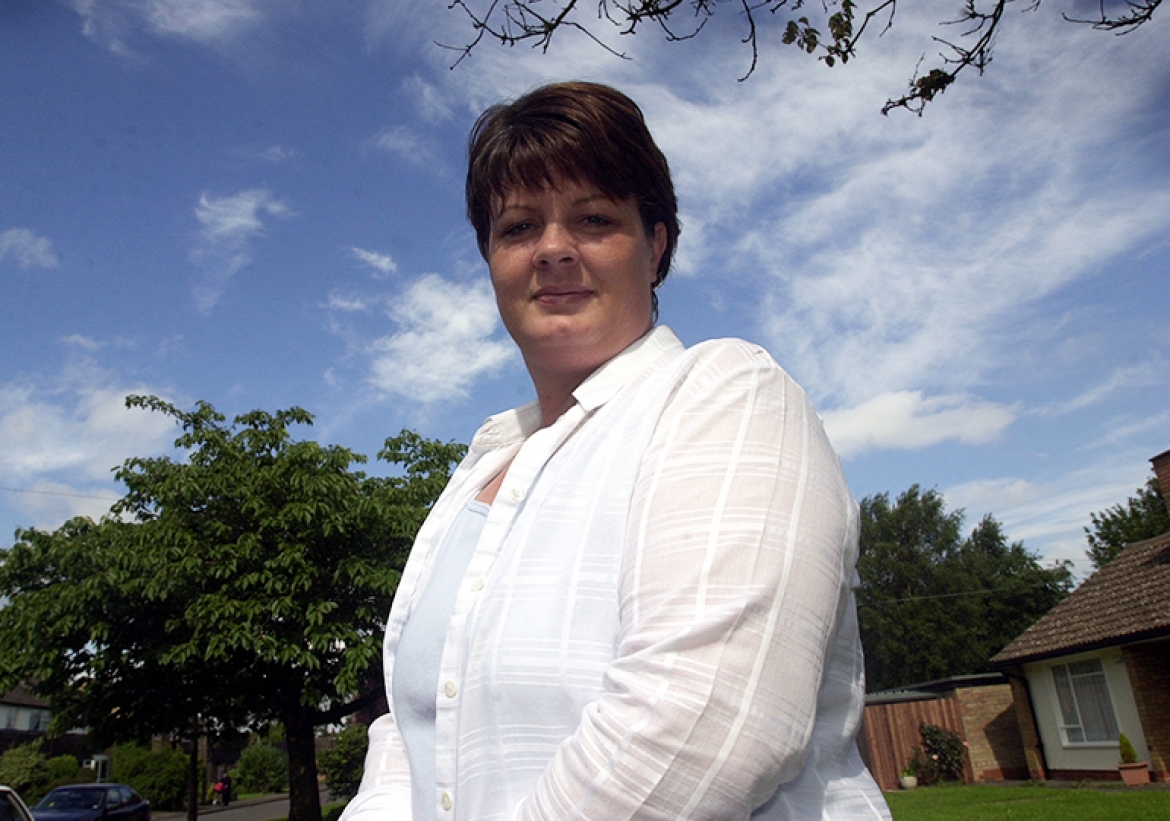 Debby Dumigan has always been a good listener. If ever her family or friends have a problem it is always her they turn to.

But last December her natural ability to reach out to people - and an equal measure of cool courage - saved a young woman's life and prevented an entire neighbourhood going up in flames.

The mother of two and her husband were travelling to a friend's house when they pulled in at a petrol station.

While husband Ross, 41, filled up the tank, Debby saw a young woman at another pump filling a container with petrol.

As a tanker laden with fuel pulled on to the forecourt, Debby went in to pay for the petrol.

Seconds later the driver ran into the kiosk and told them to run for their lives - the young woman had poured the petrol over herself and was threatening to set herself alight.

Not only was she risking her own life but, if the pumps and tanker went up, the whole neighbourhood would be destroyed.

Debby, 38, says: "I ran out and she was standing by the forecourt. She was extremely distressed, she was crying and shaking."

Unknown to Debby, the woman had walked out of a nearby mental health unit that day.

She says: "She said she wanted to die, her sister had died and she just wanted to be with her. She had earphones around her neck and had been listening to her sister's favourite music.

"I made friends with her and she was saying 'nobody cares' but I said that I did. I told her my name and she told me hers.

"She took the match from the box and she was actually rubbing it against the side."

PC Steve Maguire arrived at the scene in Solihull, West Midlands, but backed off after seeing that Debby had built up a rapport with the woman that could avert the danger.

Debby says: "Eventually she let me move forward and I put my arm on hers and talked for another few minutes. She said 'Why do you care? Nobody else cares, all I want to do is die.'

"I put both of my hands on hers and took the match and the box."

The woman was taken back to the hospital by a waiting ambulance and, the last Debby heard, she was recovering from her illness at home with her family.

Debby says: "My friends always say I'm a good listener, my sister says if anyone has a problem, they come and talk to me."

PC Maguire, who is based in the town, says: "I was the first officer on the scene but it was only because of Deborah that I had a scene to attend to at all.

"As a serving police officer, I might be expected to deal with such a situation. But an ordinary member of the public must get an award."