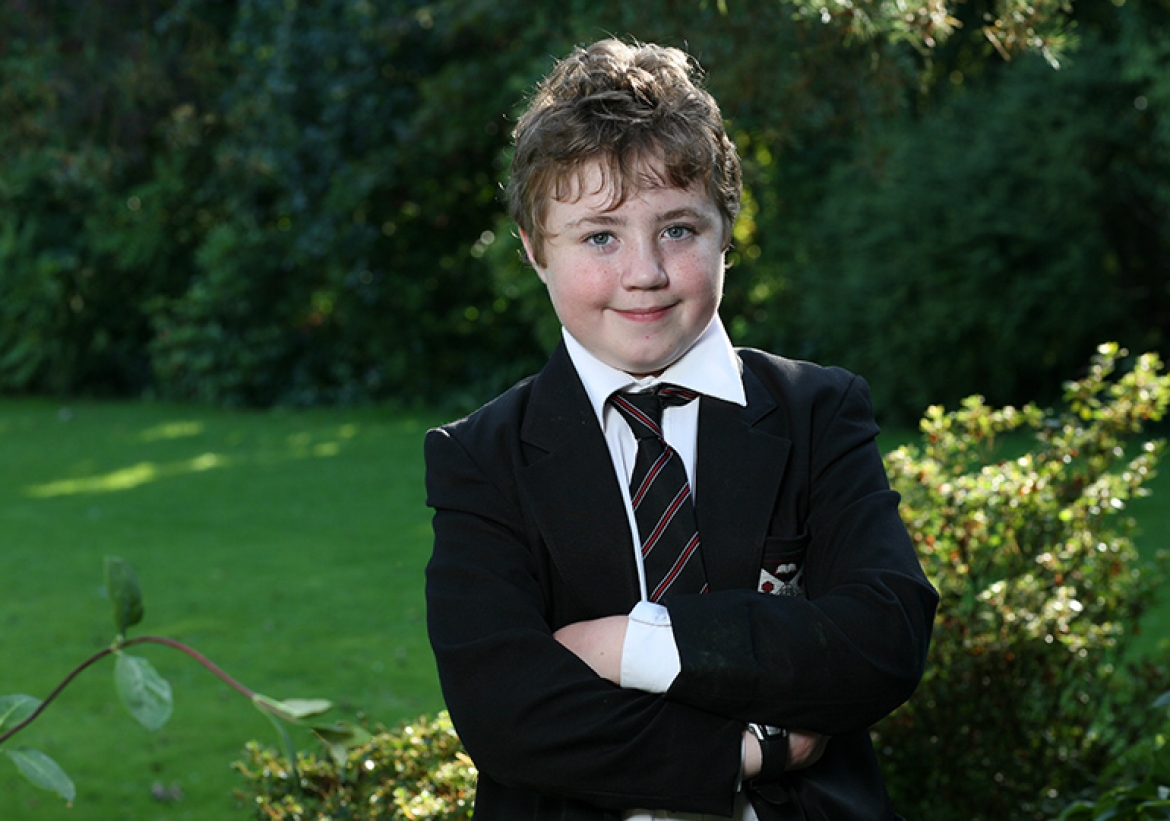 DESPITE suffering from a rare blood disorder which has seen him spend too much of his young life in hospital, aged just 12 Cameron Small has raised almost £100,000 for sick children and helped spearhead an appeal to raise £20 million for a new children's hospital.

He has endured over 900 hospital visits - far more than most people will face in a lifetime - since being diagnosed, aged one, with Evans Syndrome. It is a rare auto-immune disease where an individual's antibodies attack their red and white blood cells and platelets.

Cameron has undergone harrowing treatments, including multiple blood and platelet transfusions and four courses of chemotherapy, which have left him an insulin-dependent diabetic, needing four injections a day.

Yet, despite the trauma, he's raised more than £95,000 for Manchester Children's Hospital. He says: "When I was in hospital I was really ill and really bored because there was nothing to do.

"I wanted to raise money to buy things for other sick children so they wouldn't be bored like I was."

He started his amazing mission aged just four after finding out the television he was watching had been donated to the ward. Immediately he decided to raise money to buy more and within weeks had raised enoug h money for an additional couple of sets.

"We set up a raffle which was good fun and nice to get enough money to help the hospital," he says. "All the nurses and doctors were so nice to me when I was ill and it meant I could say thank you."

His fundraising has since ranged from sponsored walks and runs to lying in a bath of baked beans and a mass sandcastle-building marathon, at Lytham St Annes near his home in Grimsargh, Lancs.

"The baked beans bath was fun," he says. "Me and my dad sat in a bath in the middle of our village green and people paid to pour beans over our heads. It was really slimy."

The money he has raised has bought more TVs, laptop computers, toys and games for the children's wards. He's also raised cash for a sound and sensory department.

Mum Diane Singleton, 41, says: "We are so proud. It was horrible for him to go through what he did. But he has never given up trying to help other sick children.

"His enthusiasm is infectious and he doesn't take no for an answer," she adds. "He even roped me into doing a sponsored bungee jump - and I hate heights."