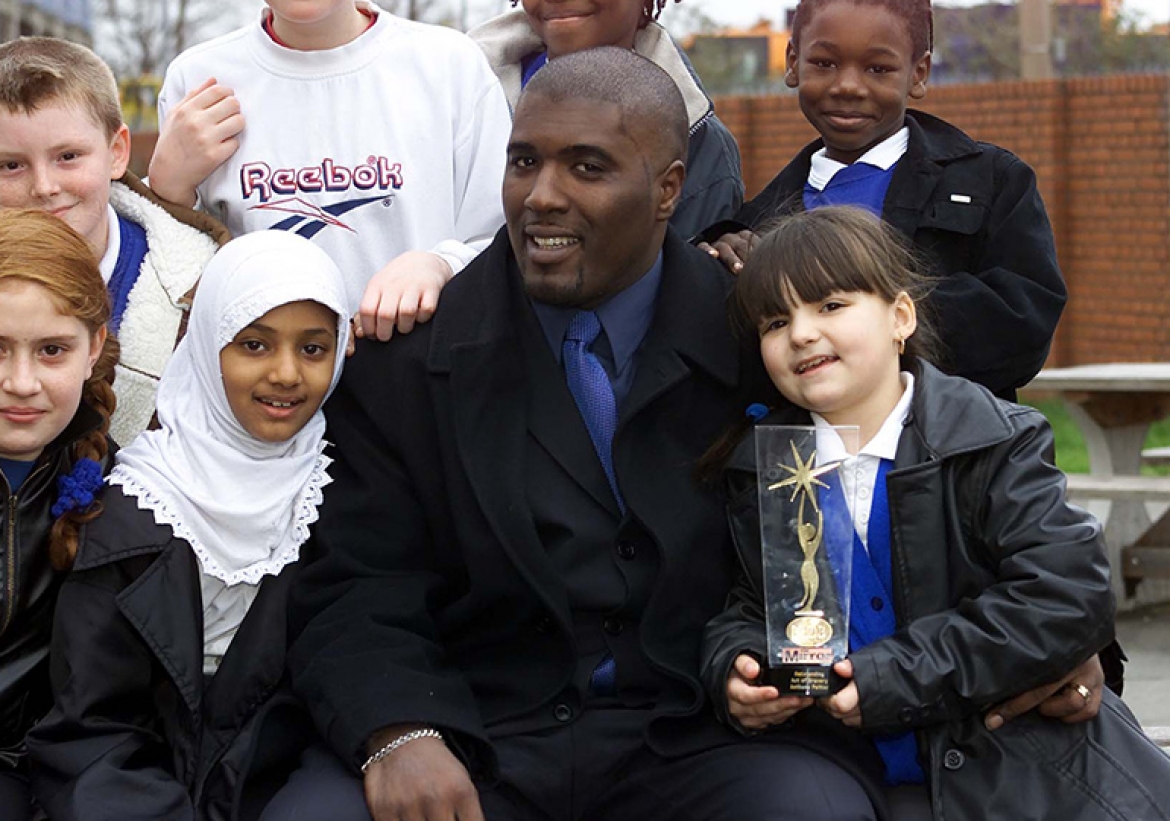 When deputy headteacher Anthony Peltier was sent on a four-day first aid course, he knew the skills would come in handy.

But he never realised that on the first day of his training he would be using them to save the life of a stabbed teenager.

His heroic act was performed just five miles from the spot where headmaster Philip Lawrence was stabbed by a youth outside his school in Maida Vale, West London.

Anthony, 39, was sitting in a cafe with colleagues during a lunch break from the course when the drama unfolded in March 2000.

None of them had paid much attention to a group of teenagers sitting at a nearby table until one of them pointed out of the window, yelled "It's him" and ran outside to confront a youth.

Anthony, who teaches at nearby Mandeville Primary School, noticed that the youth being confronted was clasping something in his pocket.

As more of the teenagers spilled from the cafe, a knife was produced and one of the gang members was stabbed repeatedly.

Anthony says: "When I saw the knife I ran out and went to the guy doing the stabbing, grabbed him and threw him down.

"The other youths started attacking him and I tried to stop them seriously injuring him.

"I kept saying to them 'let the police deal with it'. By that time the knife attacker had run off."

Anthony called over school secretary Carol Hillery, who was also on the course, and they carried the youth who had been stabbed into her car and raced to nearby Homerton Hospital in Hackney, East London.

Anthony, who cradled the 17-year-old youth, called Andre, in his arms, says: "I kept talking to him but he was slipping away and he knew he was dying, he said he was cold and couldn't see."

Andre's injuries were so serious that his heart stopped for a few minutes after arriving at hospital but medics managed to revive him.

Anthony says: "I returned the next day and met Andre's father who just held me in his arms and cried: "you saved my son's life'. I cried too because it was the first time I realised what I had done - I realised I had saved a child's life."

Twelve days after the attack, with Andre on his way to recovery, Anthony returned to the hospital.

The father-of-three says: "He knew who I was straight away. He said: "I shouldn't be here, if it wasn't for you, I would be dead". A year later I was driving in Hackney and I met Andre who said his life had changed and he had given up the gang culture."

Anthony, who starts work as headteacher of Merlin Primary School in Downham, South East London, in September, adds: "My partner and my mother have both said I could have been killed, but the fact that I hopefully made a difference to someone's life means it was all worthwhile."