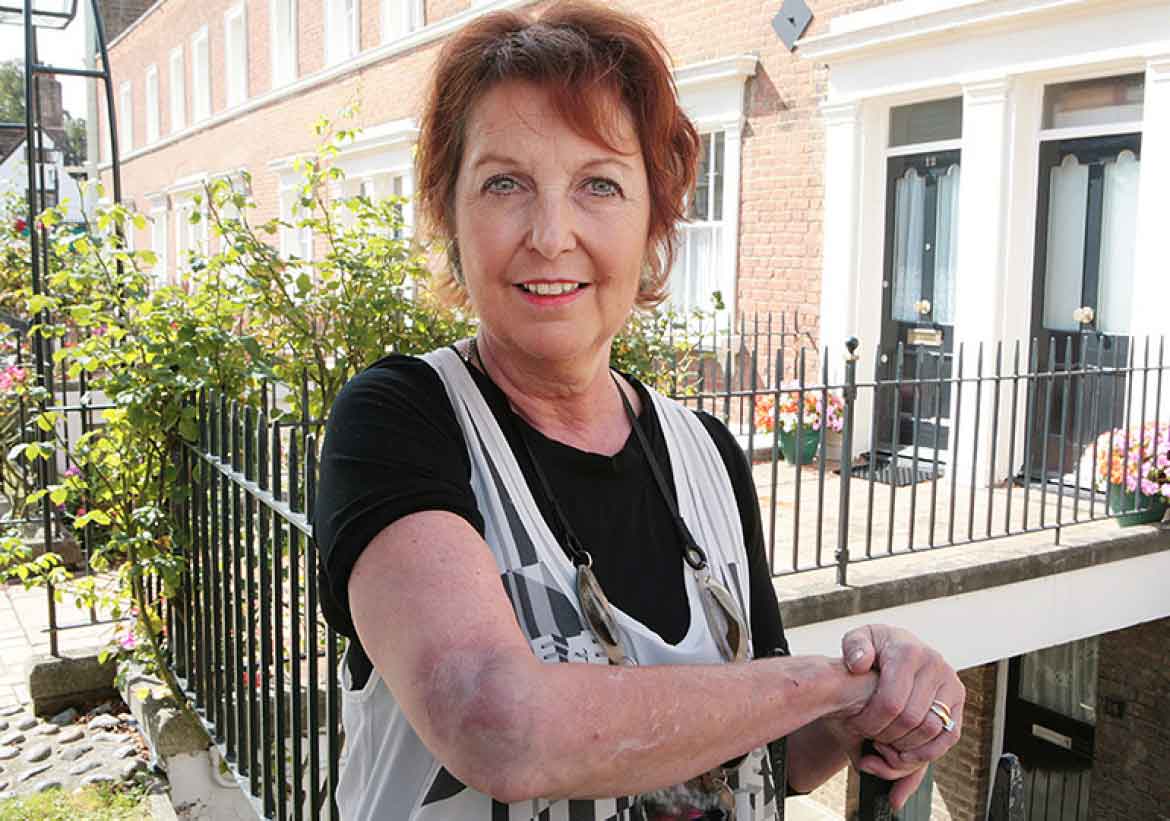 Sally-Ann Sutton, 56, had gone for a Christmas Day stroll with her pal Hannah and Hannah's son Bobbi, then one.  Moments later, a Rottweiler began racing towards them

Sally-Ann, who is 5ft 2in and weighs just 7st 10lbs, jumped in front of the buggy as the Rottweiler attacked.

Clamping its jaws over her right arm, the dog dragged Sally-Ann down the street.

"It weighed around the same as me so I was like a feather in its jaws," says Sally-Ann, who lives in Chatham, Kent. Residents rushed out and wrestled the dog away. Two operations and several skin grafts followed, and she has since suffered a heart attack.

"I'd do it all over again if it meant Bobbi wasn't hurt," she said.