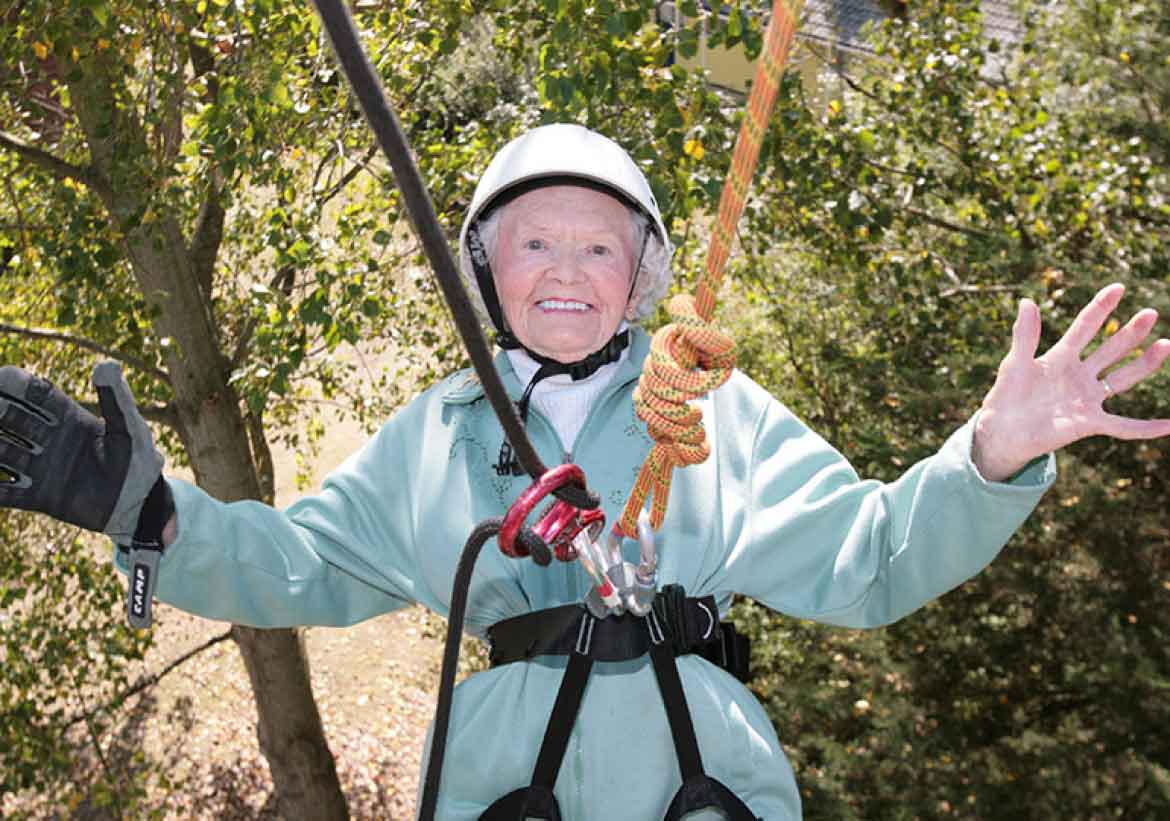 She may be 95, but Doris Long isn't prepared for life to slow down just yet.

Famed for her fundraising stunts, she is also the world's oldest abseiler. Widow Doris has a daughter, Helen, three grandchildren and six great grandchildren.

Her passion for abseiling was sparked in 1999, when on holiday near her home on Hayling Island, Hants, she saw an abseiling wall and gave it a go.

Doris now performs two or three abseils a year, and she has raised over s15,000 for local Portsmouth charities including The Rowans Hospice and the Queen Alexandra Hospital.

She entered the Guinness Book Of Records three years ago when, at 92, she abseiled 220ft down Portsmouth's Millgate House tower block.