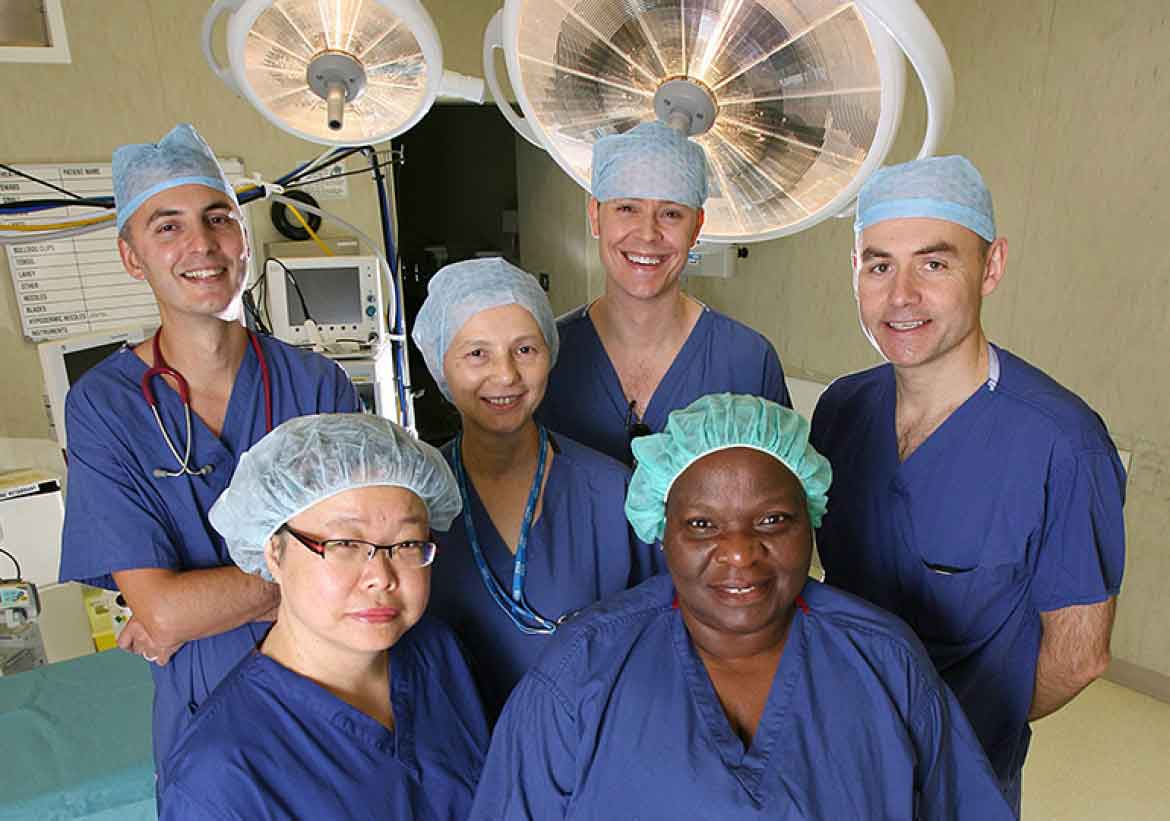 Every day, the thousands of men and women who work in the NHS go beyond the call of duty to help the countless people who rely on their care and expertise.

But when the biggest fire in NHS history broke out at a major cancer hospital, teams of workers risked their lives to keep their patients safe.

As they shivered in the freezing January cold, watching 125 fire-fighters battle the flames ravaging the building, there were teams of surgeons inside refusing to leave until they could safely halt or complete their operations, even though the operating theatres began to fill with smoke.

The fire was spreading fast and alarms were wailing as fire-fighters in breathing apparatus came in, making it clear just how urgent it was that the staff and patients were evacuated.

But even as they heard burning masonry crashing down outside the windows, the surgeons, nurses and anaesthetists battled on for another 20 minutes.

They were able to calmly finish one operation, and another two patients were closed up to make it safe to move them out.

Exit routes were blocked with debris, and some patients had to be rushed under gushing water to get them to safety.

Meanwhile, hundreds were gathered on the streets outside in Fulham, South West London, some in dressing gowns with drips and oxygen masks still fitted. Those too ill to stand were carried out on mattresses.

Thanks to the swift evacuation, no one was seriously hurt, although damage to the hospital – the world's first dedicated to cancer treatment and research – ran to £25m. In spite of that, staff were able to get the radiotherapy service back up and running just two days later.

"Despite the potentially difficult and dangerous situation, everyone remained very calm and focused on making sure our patient was protected," says surgeon Fiona MacNeill, who was performing a major breast cancer operation at the time.

"We are trained to operate in emergency situations and this was just another emergency."

Royal Marsden Chief Executive Cally Palmer says, "Someone once told me that the amazing thing about the NHS is that people bring their humanity to work with them.

"On the day of the fire, staff were professional, courageous and calm in very difficult circumstances. I am full of admiration for all those who evacuated our patients safely, and ensured that services were up and running within days. I am very proud of them."