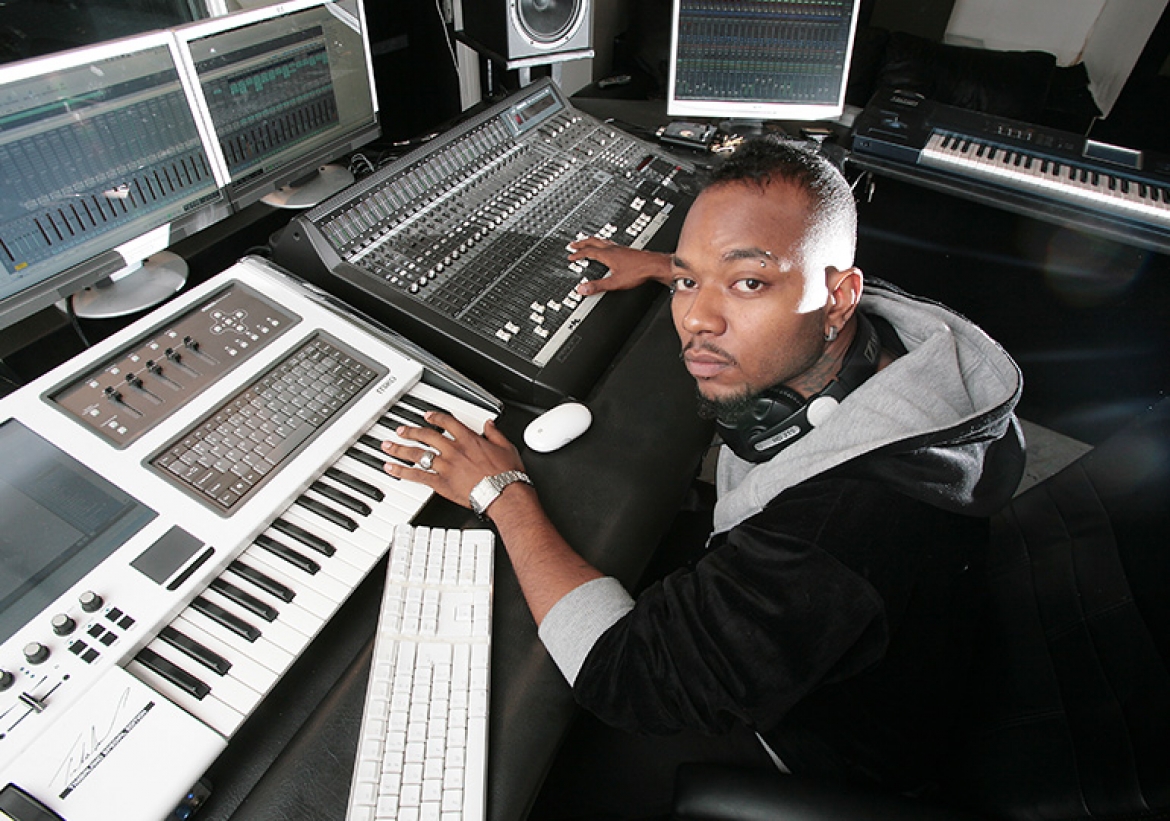 As a talented young dancer and choreographer, Ricky McCalla had a promising career ahead of him.  He was in demand from some of the biggest names in the music industry, having starred alongside UK acts including Ashanti and Mystique.

But his dreams were shattered after he was shot during a bungled carjacking as he drove home late at night from his sister's fashion show. Ricky had stopped at McDonald's car park when a man came up to his car window and demanded he get out.

Ricky refused, and as he tried to pull away he was shot in the neck. In the confusion, Ricky still managed to drive off, and it was only when he got to the next set of lights he realised he was bleeding.

He was rushed to hospital and underwent surgery, but doctors had to leave the bullet embedded in his neck. The shooting left him partially disabled.

He was housebound for months while he recovered, and was left depressed and demotivated as he came to terms with the fact that his career was over.

His reduced mobility meant he relied heavily on friends and family to help him with simple, everyday tasks.

But determined not to let his situation defeat him, he decided he wanted to turn his experience into something positive by becoming a mentor to young people at risk of getting involved in the same sort of crime that devastated his own life.

His mum, Kimouy McCalla, suggested he put his skills and experience to use with help from the Prince's Trust. Just three months after the shooting, he devised a business plan for a music training project designed to help violent teenagers escape a life on the streets. His application was successful, and the Trust provided him with a grant to set up Frosted Ice Inc, which offers a 10-week course on the ins and outs of the music industry.

More than 300 teenagers have now completed Ricky's course since he started it in 2006.

"When I found out that guy who'd shot me was young, that sealed it for me," says Ricky, 26, from Bromley, Kent.

"It felt like a sign showing me this was the right thing to do. "When I went to present my business plan to the Trust, I was nervous and didn't know what to expect. But the environment was relaxed and the people were very friendly.

"I was really pleased when they accepted me and I'm so glad I did it." Martina Millburn, Chief Executive of The Prince's Trust, says, "We are very proud of Ricky. It takes incredible courage for someone who nearly lost everything to turn it round and make it into something positive."