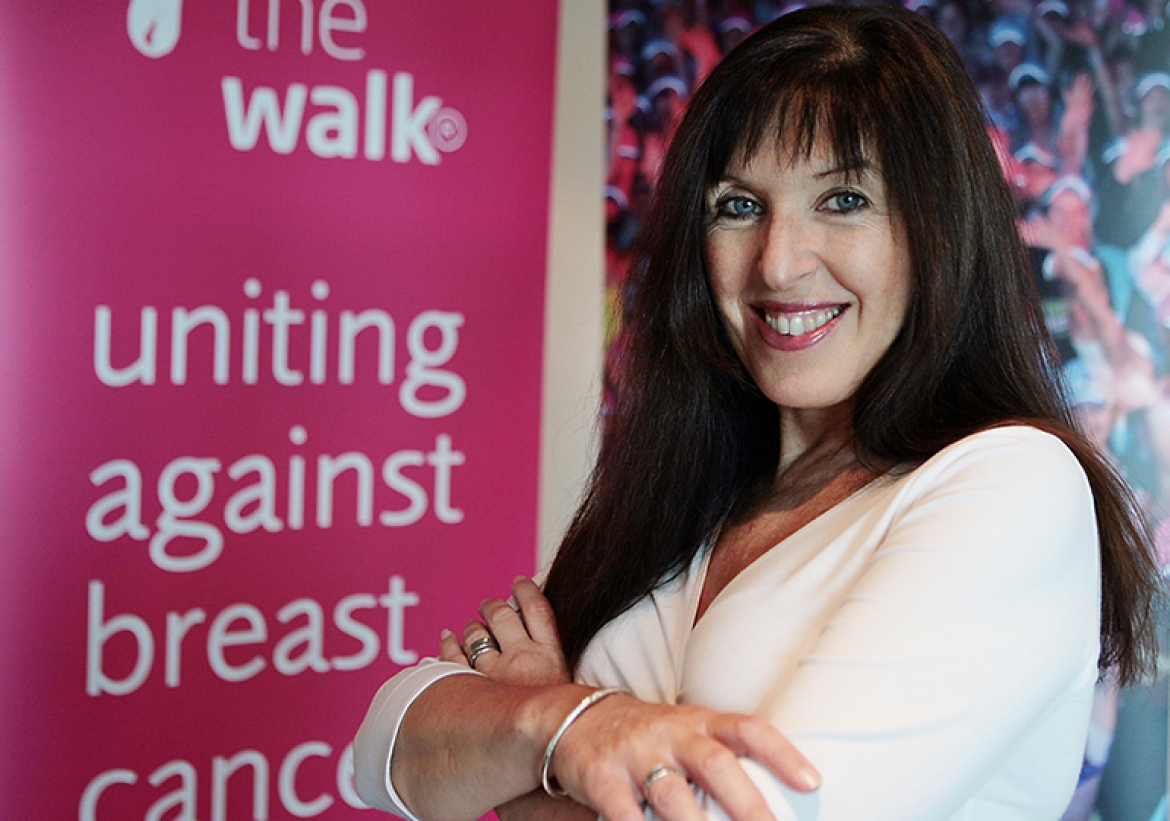 As a fundraising idea, Nina Barough's plan was certainly unique. She and 12 friends decided to powerwalk the New York Marathon wearing little more than decorated bras.

But when Nina set off for the Big Apple to raise money for Breakthrough Breast Cancer, little did she realise it was the start of a fundraising mission that would recruit thousands of women and raise more than £44m. And nor did she realise that, at the time, she too was suffering from this terrible disease.

Nina's American powerwalk transformed into a London event now known as the Moonwalk, which this year alone saw 32,000 bra-clad women – and even some men – gathering in London and Edinburgh to raise millions of pounds by walking a marathon in the middle of the night.
When Nina did the New York walk in 1996, she ran a styling and fashion company and had no fundraising experience or personal connection to breast cancer. However, the reality of the disease was brought home to her when, just two months later, she found a lump in her breast.

Doctors diagnosed an aggressive tumour which had been there for up to three years.

Nina gave up her business to undergo a year of treatment including a mastectomy and radiotherapy. As a gesture of support, her friends reprised the New York walk by donning their bras for the London Marathon, raising more than £25,000.

A year later, more women wanted to get involved, but as only 25 of them could get places for the London Marathon, Nina set up an event all of her own.

The Moonwalk was born as they set off to walk 26 miles through London, starting at midnight and finishing in Trafalgar Square at 7am on the morning of the main London Marathon race.

Nina formally established the charity Walk The Walk, and proceeds are now donated to several major charity and research projects. Prince Charles is their patron, and Nina has been honoured with a CBE. The Penny Brohn Cancer Help Centre in Bristol has even named a new building after her. The charity has also launched another event – the Sunwalk – in Bristol and Newcastle, and teams of walkers attend challenges around the world. "It has been the most magic carpet ride so far and this is just the beginning," says Nina, 53, from Reading, Berkshire.

"Initially, Walk The Walk was about raising money, but over the years the charity has developed into something so much more.

"It has become a lifestyle charity that not only supports those with cancer but has empowered thousands to make health changes while at the same time raising money, raising awareness, getting fit and having fun."