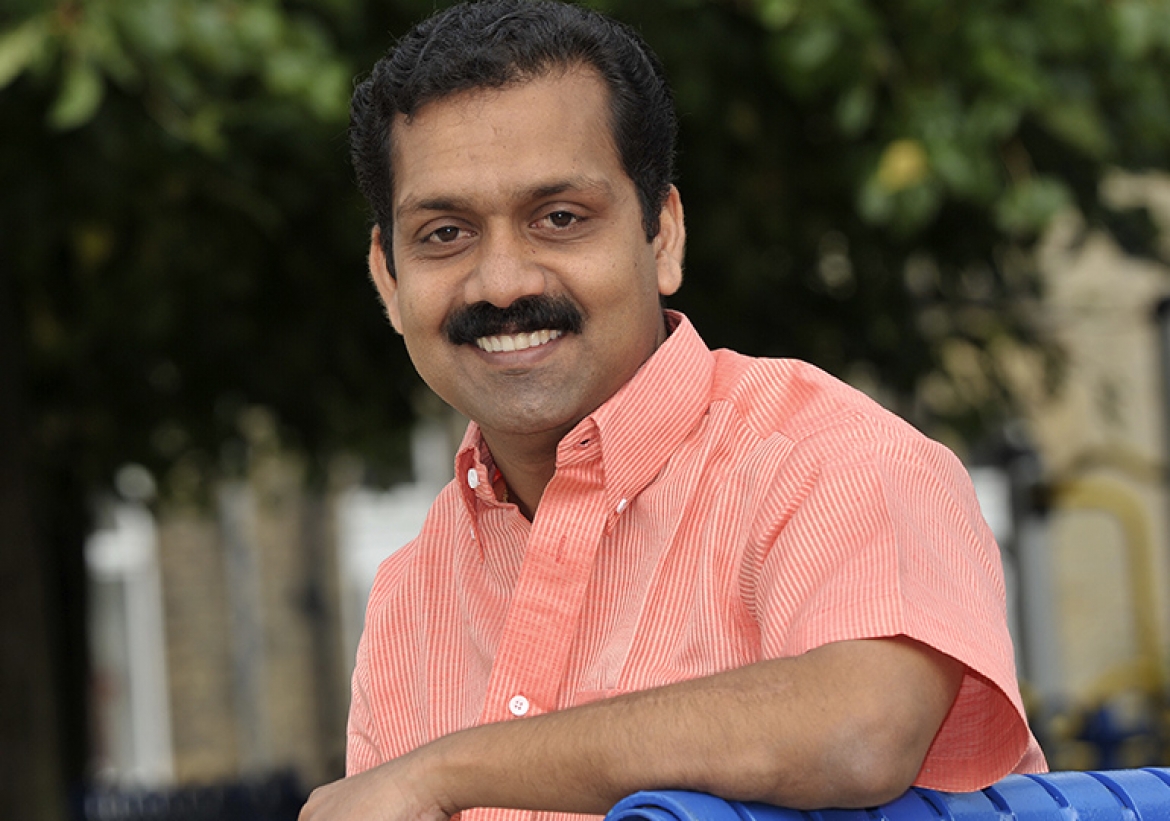 It started as just an ordinary day for Juby Mathew as he drove to his friend's house one afternoon. But during that journey he was to face his greatest fear head on, risking his life and becoming a hero as he rescued a little boy from the jaws of a vicious dog.

As Juby, 31, slowed his car to negotiate a narrow street, something caught his eye. To his horror, he saw four-year-old Brwa Hassan lying on the floor, being mauled by a savage pitbull-type dog as his mother Amira screamed helplessly to try and stop it.

The sight was doubly terrifying for the father-of-two, as it brought back frightening memories of when he was attacked by a dog at the age of nine.

But while some people would be paralysed with fear, Juby stopped the car and rushed to the little boy's aid.

As he tried to kick the animal away, it switched its attention to Juby, clamping its jaws around his leg, leaving a huge bleeding wound. He wrestled with the animal for 10 minutes, trying to keep it away from Brwa.

But as he battled the crazed dog with the child in his arms, Juby fell into the road fracturing his hand so badly that the bone at the base of his wrist was sticking through his skin.

Eventually, someone whisked the toddler out of Juby's arms and to safety in a nearby house. The warehouse worker from Huddersfield, West Yorkshire then managed to keep the dog distracted, stopping it attacking anyone else, before escaping to his car.

Juby was off work for five months, and had to undergo painful surgery and physiotherapy. Little Brwa was treated in hospital for his injuries and was left with scars on his body. The dog was later captured by the police and destroyed.

"I am very scared of dogs after what happened to me," says Juby, "and I was terrified by what I saw. I didn't have time to think about that though.

"I just saw what was happening to the boy, and knew he would be badly hurt if someone did not help him.

"I was just thinking about my own children, and how I would want someone to help them. I could not forgive myself if I didn't step in."
Brwa's mum Amira adds, "I was very terrified that I was going to lose my son. I was so grateful that Juby was there. My son would not be here now if it wasn't for him."

PC Martin Guy of West Yorkshire Police says, "We would never encourage people to put their own safety at risk, but on this occasion no one could deny how courageous Juby was. He must have been terrified.

"It is well documented just how dangerous these dogs can be. Without Juby's intervention the outcome could well have been far, far worse."