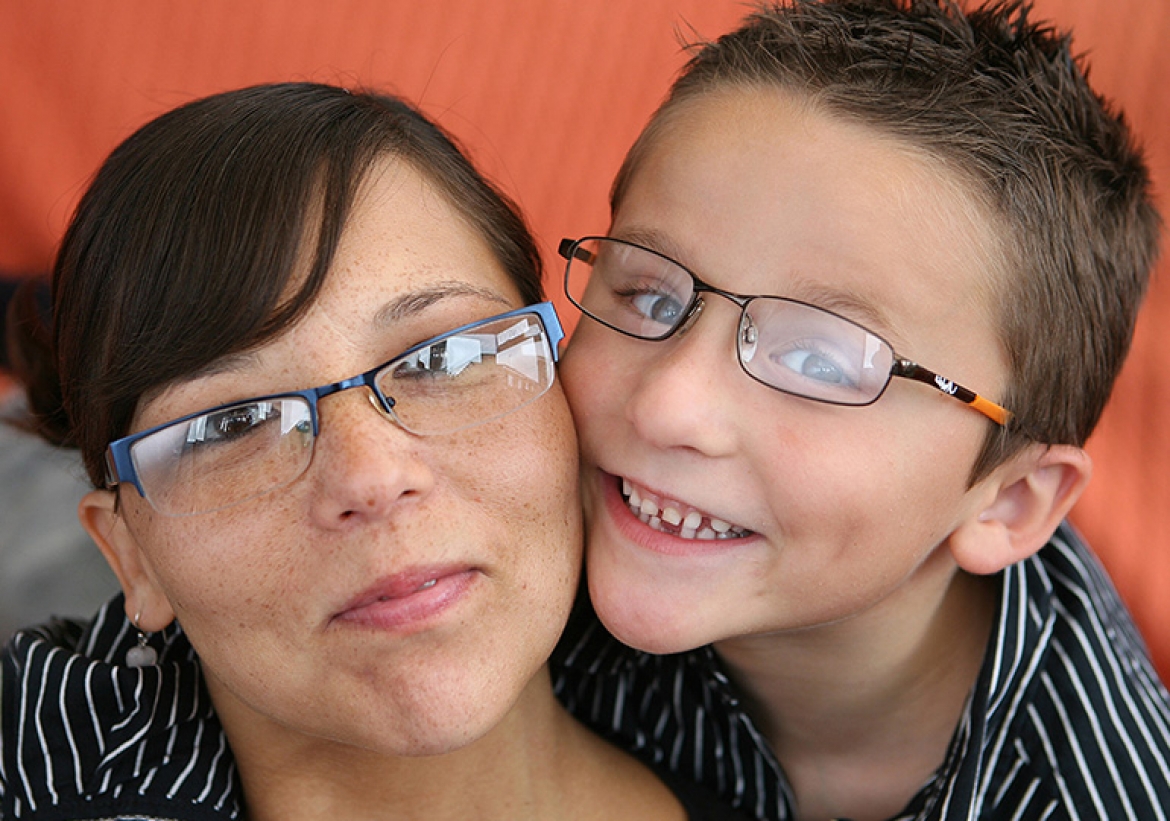 Diabetic Aubrina Ashton relies on four injections a day to keep her blood sugar from plummeting and sending her into a life-threatening coma.

Little did she know that by oversleeping one morning, she would suffer a terrifying diabetic collapse – or that it would be her five-year-old son, Jaden, who would save her life.

Lab technician Aubrina, 40, had slept through her alarm, missing her breakfast and a crucial insulin jab. An hour later, after her husband Gavin had left for work, Jaden came into her room but could not wake her. Aubrina was unconscious, shaking and sweating profusely. While many young children might have panicked at the terrifying sight, quick-thinking Jaden, now six, knew exactly what to do.

He managed to find her blood sugar monitor, pricked her finger and tested the drop of blood in the machine all on his own. The normal reading would have been five or six, but it showed a dangerously low 1.9. Jaden knew he had to give his mum a sugar cube, but when that didn't work, he picked up the phone and dialled 999.

He calmly told the operator what was happening and stayed on the phone for seven minutes until paramedics arrived. He even asked if it was all right to answer the door in his pyjamas.

Aubrina was given an emergency glucagon injection, bringing her out of the coma. A few hours later she was back to normal, but if it wasn't for Jaden it could have been much worse.

"I'd only had one collapse in the 20 years I have been diabetic," says Aubrina of Bicester, Oxfordshire. "But Jaden was aware from a young age what he should do if his dad wasn't there. It's a lot to take in for a five-year-old, but he remembered everything and saved my life.

"I only found out when I came round a few hours later and it brought me to tears. It must have been terrifying for him to see me like that, but he stayed so calm. I have heard the recording of the 999 call he made and I was so proud.

"He was really brave, taking my blood sugar reading and telling the operator everything. Lots of other mums I've spoken to say they've never talked to their children about dialling 999, but it just goes to show how important it is."

"Jaden was fantastic," adds Will Hancock, the Chief Executive of South Central Ambulance Service NHS Trust. "He did exactly the right thing and was very calm and clear on the phone during the 999 call.

"He is a brave boy and a great credit to his mum. The actions he took may very well have saved her life.

"He keeps really quiet about it now, but he knows he did really well and that his mummy is very proud of him."