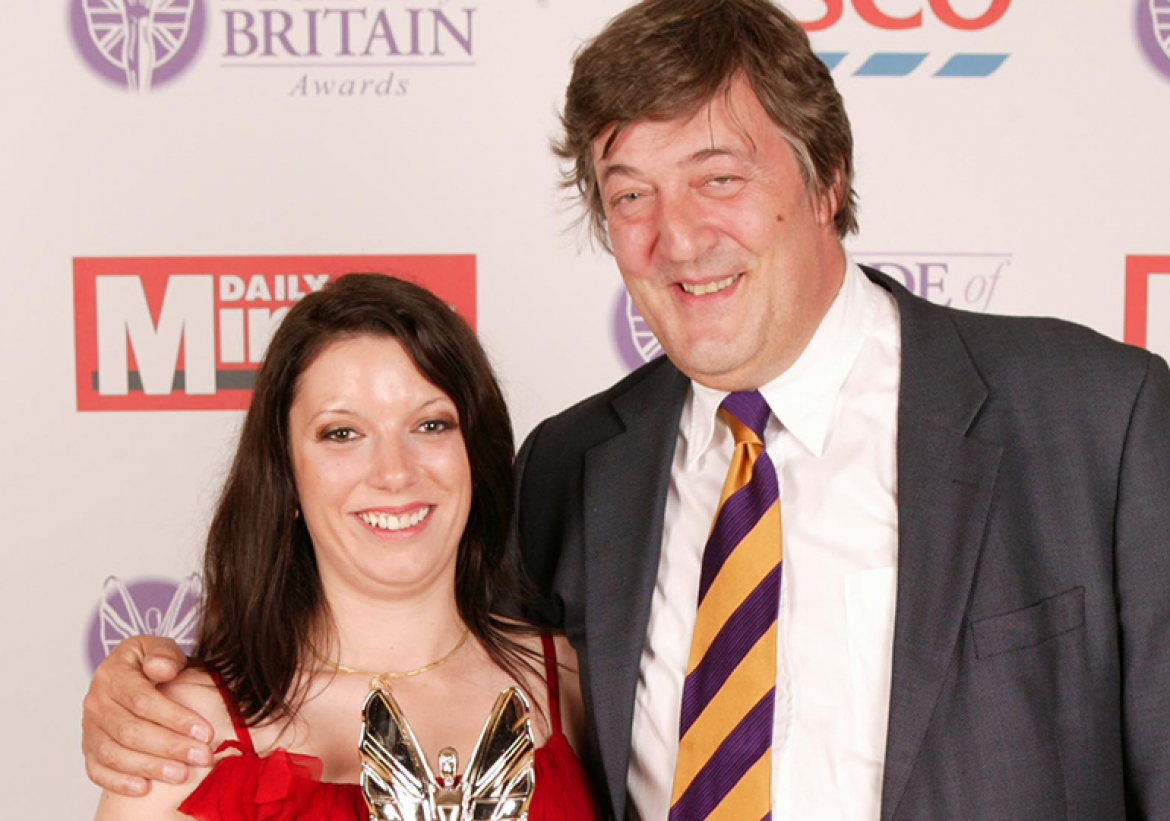 Happily married with two beautiful children and a job she loves, Vicki Peters has much to be thankful for. But in her teenage years she began suffering extreme highs and lows caused by undiagnosed bipolar disorder, became addicted to drink and drugs, and eventually had a severe psychotic breakdown.

"I always had emotional problems while I was growing up," says Vicki. "I'd be elated one minute and deeply depressed the next." When she broke up with the father of her son James, now eight, she turned to drink and drugs to escape her sadness, smoking joints and drinking two litres of wine in an evening.

"I didn't care if I was sick," admits Vicki. "I just kept drinking until I blacked out." But then she met Jimmy who helped her overcome her depression and alcoholism, and they married in 2003. However, three months after her daughter Ashley was born in December 2004, Vicki started hearing voices and having terrifying hallucinations. "It was like living in a permanent nightmare," she says. "I would see things like my reflection change into a devilish figure. I was terrified. I was living on adrenalin, couldn't sleep and couldn't eat. My weight dropped to about seven stone."

Three months later, Vicki was admitted to hospital and it took a further three months for doctors to diagnose her illness and bring her out of her psychosis. The after-effects of Vicki's illness meant she was always exhausted and needed to sleep after the simplest of tasks, such as doing the washing up.

It was then her mental health nurse suggested a Prince's Trust 12-week self-development programme to improve skills such as motivation and confidence. The course included a week in a residential centre. "That week was definitely the biggest challenge for me," says Vicki. "To leave my husband, my family and the familiarity of my home was very scary.

"But once I started talking to people and opened up about what I'd been through, I realised people weren't frightened by it. That was such a relief." Vicki finished the course determined to get a job, which she did, with Mencap, helping other people with learning disabilities in a residential home. Now, a year on, she is being fast-tracked onto a management training programme and is writing a book to help other people with bipolar disorder.

"Without The Prince's Trust I don't think I would have recovered any further," she says. "Now I'm excelling at work and have never been happier." Prince Charles met Vicki at Clarence House the day she found out she had won the award. "He was lovely," she smiles. "He was genuinely interested in my story. It was a real honour."