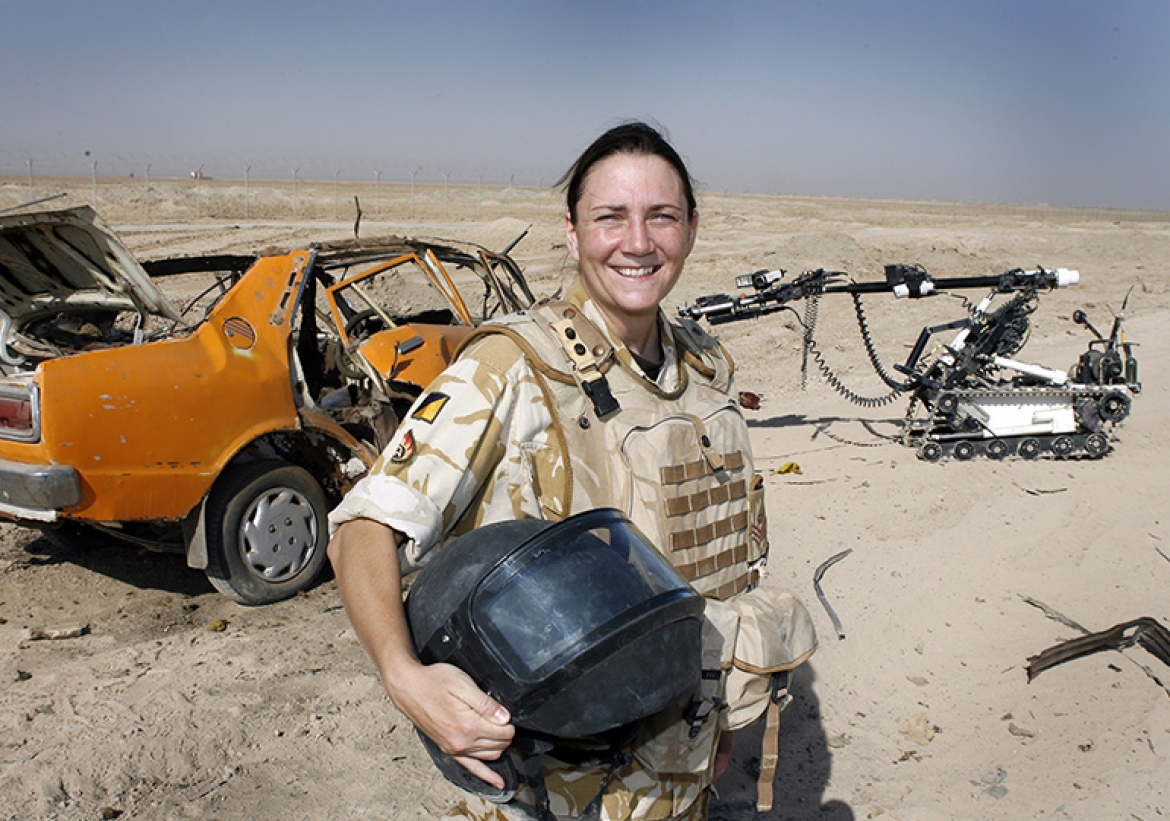 When fire-fighters realised they didn't have the skills to tackle a highly dangerous explosion in a pyrotechnics factory, bomb disposal expert Sergeant Michelle Cunningham immediately made her way to the scene.

Michelle, 32, faces danger on a daily basis as part of the Explosive Ordnance Disposal (EOD) Regiment of the Army. Her job is to assess the danger of potential explosives, make the area safe, and often to safely detonate or diffuse a bomb. But her work on June 27, 2006, when she single-handedly gained control of the blazing factory, earned her a Queen's Gallantry Medal for acting beyond the call of duty - the first woman to receive this award.

Michelle was called to the factory in Middle Wallop, Hampshire - which produced explosive flares for the Army - with one civilian worker already dead at the scene.

Fire chiefs had refused to enter the building, but Michelle did not think twice. She donned her protective suit and, carrying two fire extinguishers, went straight to the heart of the fire. She knew there was danger of a second larger explosion with the fire precariously close to the highly-volatile materials. If at any point the explosives had caught fire, Michelle would certainly have died. In the face of considerable personal danger, she got the fire under control, then painstakingly inspected and made safe hundreds of deadly explosives.

Michelle - who comes from Tewkesbury in Gloucestershire - was awarded the QGM for displaying "complete disregard for her personal safety whilst dealing with a situation that posed a significant threat to lives and property".

She is now serving as the first female bomb disposal officer in Iraq, yet Michelle never planned on such a dangerous career. "Six years ago I was working in Stores, ordering vehicle parts and was sent on a training course," explains Michelle. "I wondered why they were telling me how to diffuse bombs and it turned out I had been sent on the wrong course, but I thought it was a cool job. There aren't many jobs where you feel you can make a difference and people thank you."

May 2007 alone, an average of around two operations a day. The unit works in an extremely hostile environment, constantly facing the life-threatening dangers of explosions, small arms fire, and regular rocket and mortar attacks. Hollywood star Ewan McGregor was so impressed by their work that he flew to Iraq to present Michelle and her unit with the Pride Of Britain Award.