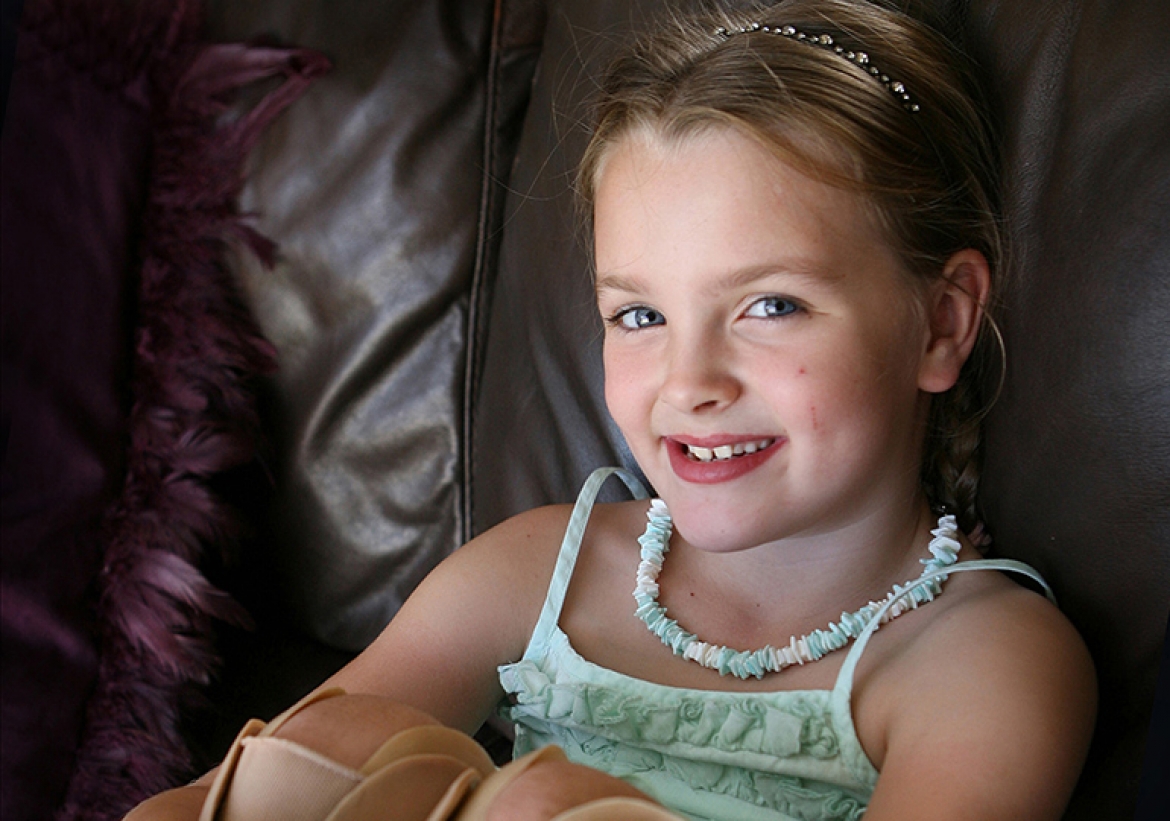 Brave Lydia Cross has battled against the killer disease meningitis, but still thinks of others by helping to raise crucial awareness of its deadly symptoms.

The six-year-old, from Devon, had to have both legs amputated just before her third birthday after her meningitis had been dismissed as an ear infection.

But unlike most meningitis victims, Lydia has to undergo traumatic surgery every year to trim the bones in her legs - a painful process that will continue until she stops growing.

After every operation, she is unable to wear her prosthetic legs for six to eight weeks in the summer holidays, which means she can't ride her bike or play outside with her friends.

Just two weeks before Lydia was struck down by meningitis, her baby sister Millie contracted a different strain of the disease and was on life-support with multi-organ failure. Fortunately, after nine days in intensive care, she made a total recovery. But on the day Millie returned home, Lydia fell ill with a temperature which hit 40.5ºC. She was taken into hospital with meningitis and septicaemia, and her parents Tony and Jodie were forced to relive the same ordeal again.

Lydia, who was also on life-support for days with multi-organ failure, was not as lucky as her little sister and lost her legs. The family now relies on fund-raising to pay for new prosthetic legs. They cost £14,200 and need replacing every 10 months. They are also desperately trying to raise around £66,000 to pay for massive alterations needed in the family home.

Tony, a former Army Commando, even puts his life in danger by going to Iraq to work as a security guard where he can earn more money. "Lydia really misses her daddy when he goes away," says Jodie, 37. "She says he is in the desert with the camels and big spiders and wishes he was home. We are hoping Tony will be able to come back permanently in March."

Doctors are amazed by Lydia's bubbly and outgoing nature. As well as making a film for the Meningitis Research Foundation, she has also featured in three television documentaries. "Lydia knows this is helping others," says her mum. "She says she wants to do it so other children don't get meningitis."

Meningitis Research Foundation Chief Executive, Denise Vaughan, says, "Meningitis is everyone's worst nightmare. To go through so many operations over the years is bravery of the highest order, especially in one so young."

Jodie adds, "Lydia has always been very strong-willed and determined. That's one of the reasons she survived. "She is unbelievably accepting of her situation. She loves swimming, riding her bike and trampolining. She's such a brave and beautiful little girl."