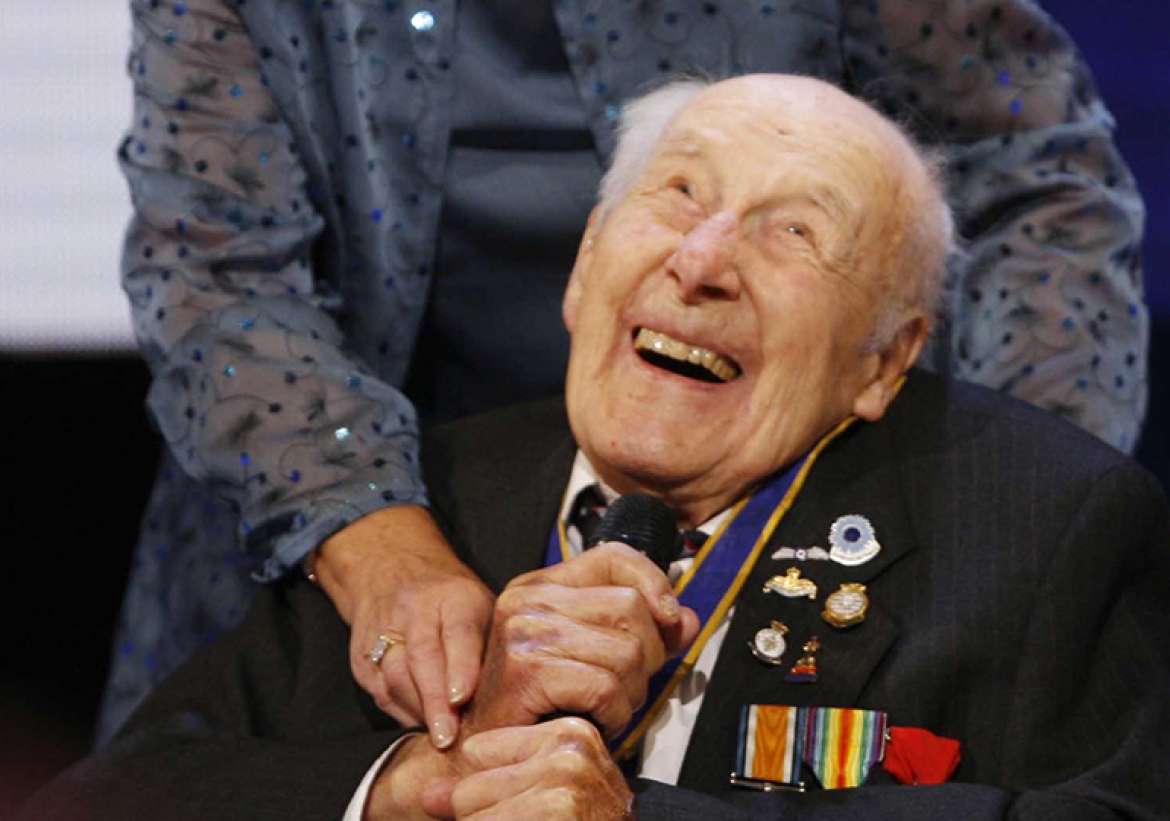 World War One veteran Henry Allingham remembers things that most of us have only ever read about in textbooks. At the age of 111, his life has spanned three centuries, six monarchs and 21 Prime Ministers.

One of his oldest memories is the funeral of Queen Victoria in 1901, when he was just five. Henry is also a huge cricket fan and is probably the only person in Britain who can remember seeing the legendary WG Grace batting at The Oval in 1908.

But despite being Europe's oldest man, he still dedicates his time to teaching children about his valuable experiences.

"He enjoys visiting schools because he wants to increase children's perception of what life was like living during the Great War," says Dennis Goodwin, founder and chairman of the First World War Veterans' Association.

"Henry wants to remind children that the debt of honour they owe to First World War soldiers should never be forgotten."

Henry grew up in Clapton, East London, his father having died when he was only 15 months old. He volunteered for service aged 19, just after the start of the First World War and trained as a mechanic, before servicing aircraft on the Western Front.

Henry is the last survivor of the battle of Jutland, and also fought at the Somme and Ypres where he was bombed and shelled. During the Second World War, he also played a crucial role as a skilled engineer. Then, in peacetime, Henry's mechanical expertise won him a job with Ford until he retired in 1961.

He is now one of only three remaining WWI veterans in Britain, the only living WWI volunteer in the country and the last surviving founder member of the RAF. Born on June 6, 1896, Henry jokes that the secret to his longevity is "cigarettes, whisky and wild women".

Now partially deaf and almost blind, he is frail but independent and only recently moved to St Dunstan's home for blind ex-servicemen, near Brighton. He has outlived his wife, Dorothy, by 37 years and his two daughters Jean and Betty died in their eighties.

Most of his family live in America after Jean married a US Air Force serviceman and emigrated in 1945.

David Gray, 58, his eldest grandson, from Michigan, says, "I'm lucky. I travel to Europe regularly and always catch up with Henry. He is full of surprises. He loves to sing and was an accomplished pianist. He learned French during the war and even understands the internet."

Henry sums life up by saying, "The trick is to look after yourself and know your limitations. Each day is a good day in my book."