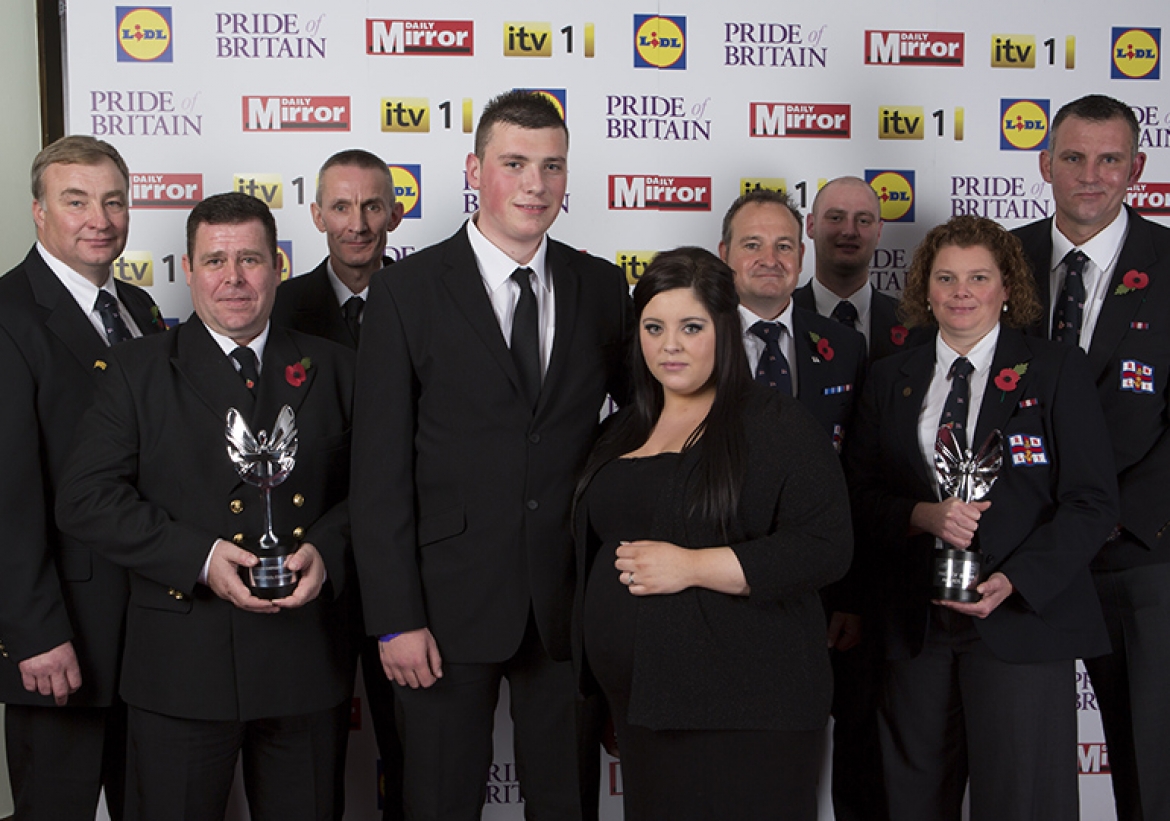 Trapped in wet sand, with the tide rising around him, teenager Neil Robson was minutes from drowning when Hartlepool RNLI and Coastguard volunteers risked their lives to save him.

The 17-year-old became trapped on Seaton Carew beach after helping his little brother out of the sand.

If it wasn’t for the bravery of the volunteers, he would have drowned during the 75 minute ordeal last October.

The Hartlepool RNLI crew were first on the scene in their Inshore Lifeboat driven by helmswoman Clare Gibbin. Despite the risk of being trapped in the sand themselves, five crew members entered the water to free Neil.

With sand and water up to to their chests, plumber Liam Dunnett and engineering lecturer Mark Barker fought to keep Neil’s head above water.

The Coastguard’s Colin Lodge and Chris Hornsey also arrived. Chris entered the water to be on hand in case anything went wrong, while Colin assisted the team in digging Neil free, despite wearing cotton overalls and no wetsuit.

With just minutes to spare before the water would have covered Neil’s face, the teams asked firefighters who had now arrived at the scene as well, to use their engine’s jets to loosen the sand around Neil.

Neil, who escaped with mild hypothermia, cuts and bruises, says: “The RNLI and Coastguard did an amazing job. I’m very grateful for what they did for me under terrifying circumstances.

View the embedded image gallery online at:
https://prideofbritain.com/history/2007/hartlepool-rnli-and-coastguard#sigProIdbd00240f69
Tagged under