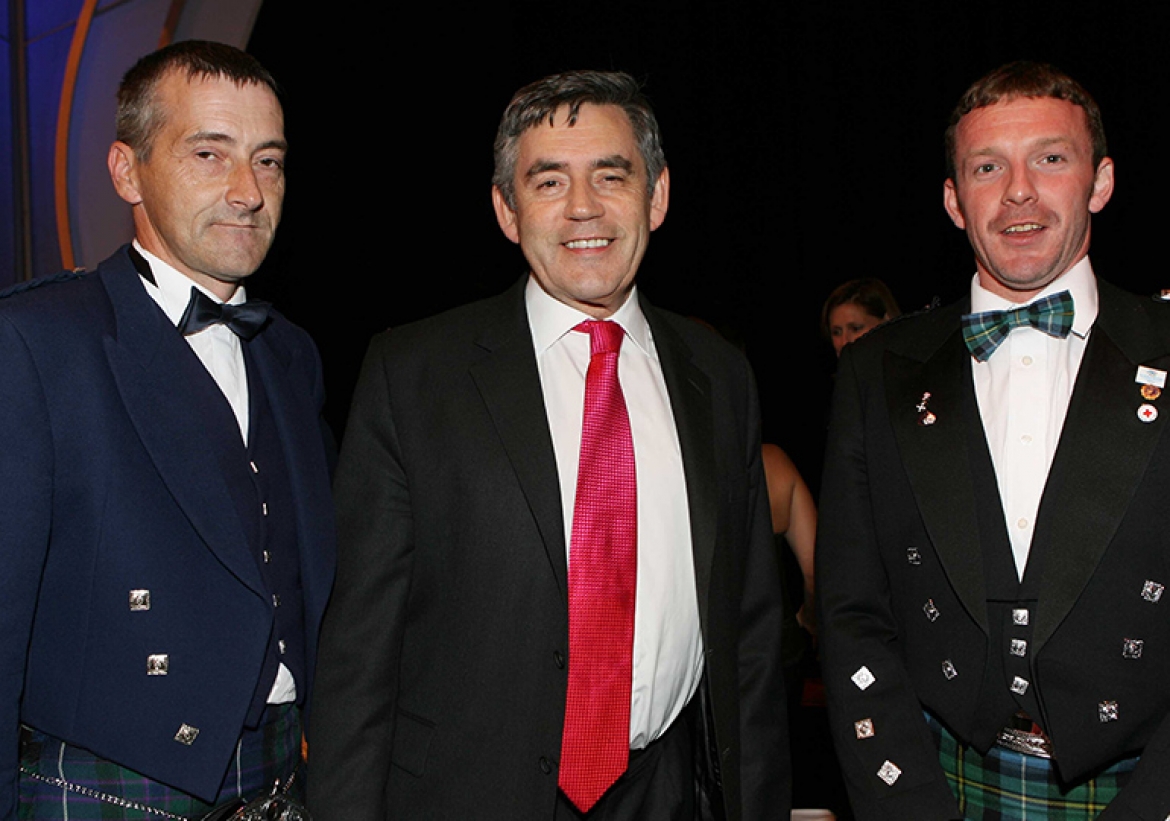 When two crazed terrorists crashed a flaming Jeep into the main terminal at Glasgow Airport on June 30, the natural reaction of hundreds of holidaymakers was to run away.

But John Smeaton, Michael Kerr, Alex McIlveen and Stephen Clarkson thought otherwise and put their own lives in danger to stop the terrorist attack.

Michael, 40, from Denny in Stirlingshire, was one of the first people on the scene after the Jeep Cherokee crashed through the terminal doors just 20 yards from where he was standing.

"I thought it was joyriders at first," says Michael, who was returning from a family holiday. "It was only when the passenger started attacking a policeman I realised what was going on."

Michael ran to the aid of the policeman and began kicking and punching the terrorist, but was injured in the ensuing scuffle and broke his leg. By that time, Alex, 45, and baggage handler John, 31, had joined the fray to help police overcome the terrorists and stop them lighting fuel canisters in the boot of the car.

"One man threw a petrol bomb out of the car and there was a huge fireball," recalls Alex. "The other, who was on fire, was trying to open the boot and light a load of canisters in there. "I could see flames inside the car and smoke was everywhere from the burning tyres."

John, who lives in Renfrewshire, tackled the terrorists and then pulled Michael to safety away from the blazing car. "All I thought about was helping the policeman," he recalls. "Nothing else went through my mind. It was all just instinct.

"It was a real communal effort though. There were lots of people doing their utmost to stop these guys." Stephen, 41, who works as a groundsman and lives in Penilee, Glasgow, grappled with one of the terrorists who continued his attack even though his body was smouldering.

"I'd just watched the police douse him with a fire extinguisher," he says, "but as soon as the flames were out he lashed out, punching and kicking them.

"Then he started coming towards me and the Jeep and I thought, ‘I've got to stop this guy'. I just went on automatic. "I ran towards him and struck him in the chest with my forearm and elbow, and he fell to the floor." Michael adds, "Yes, it was dangerous. But you either do something or you don't. I couldn't do nothing."

One of the terrorists later died in hospital from burns injuries. Three other men are in custody charged with conspiracy to cause explosions, both in Glasgow and in connection with the attempted bombing in central London on June 29.