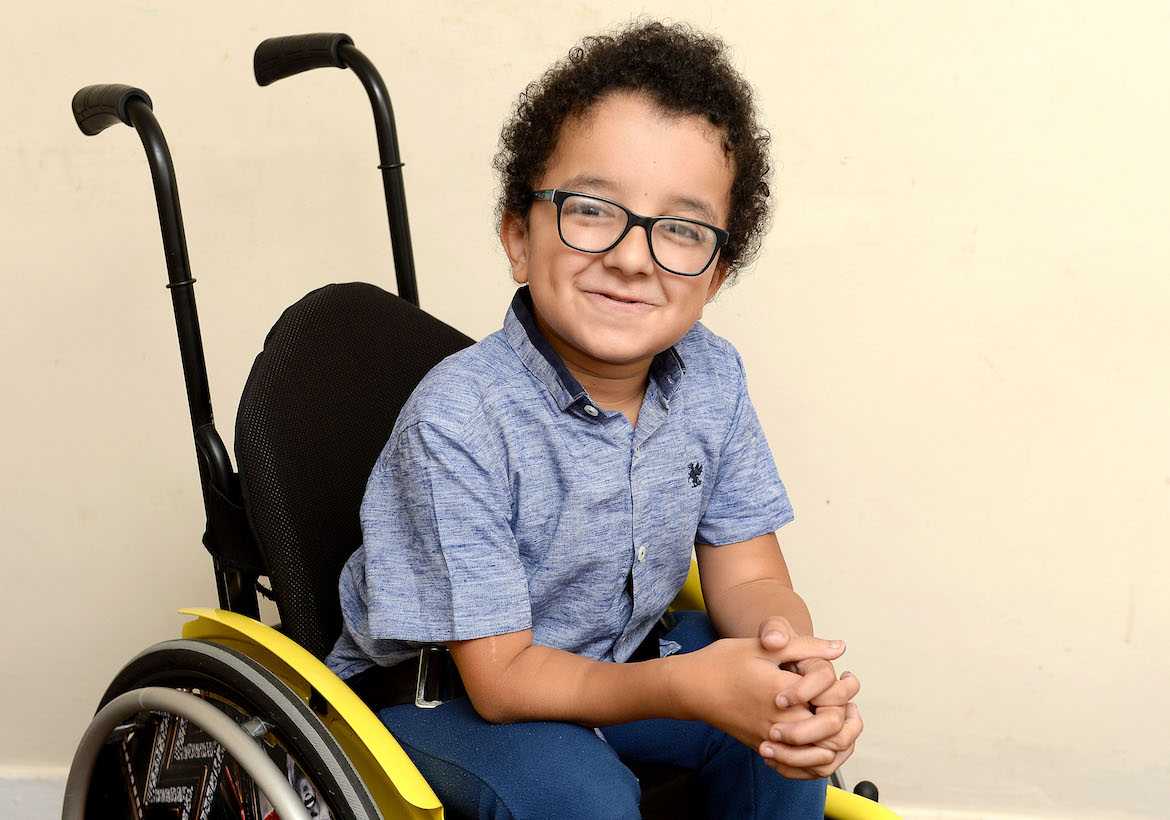 Youngster whose motto “there are no disabilities, only abilities” is a powerful advocate for other disabled children

“I think my worst injury was when I broke both legs on Christmas Day – but it’s hard to remember as I have had 92 broken bones in total you know!”
Dante Marvin reveals this astonishing fact with a grin on his face. It sums up the indomitable spirit of a youngster who inspires everyone he meets with his remarkable zest for life.
The 11-year-old was born with brittle bone disease and scoliosis. He has spent most of his young life in and out of hospital for treatment, including painful rod replacement surgery in his legs.
But Dante, from Liverpool, refuses to let it get him down. He tells everyone he meets: “There are no disabilities, only abilities.”
He first became involved with the children’s charity Variety when his mum Rachel asked for help to buy a new wheelchair.
During the home visit, Dante dazzled the assessor with his optimistic outlook and she asked him to speak at an event.
His motto was a key mantra of his speech, which was such a success he now speaks regularly to audiences of adults to raise awareness while encouraging them to dig deep for the cause, helping to raise £30,000 for a Sunshine Bus.
Dante also visits other seriously ill and disabled children in hospital, not only bringing light and laughter to the wards, but also identifying children who could benefit from Variety’s support. He petitions the charity on their behalf for equipment such as lightweight wheelchairs. And he’s even been known to do it when undergoing treatment himself.
“I don’t like to see other children sad or upset. I just feel the need to try and cheer them up,” says Dante. “I tell them to try not to worry, and that they are in the right place.I reckon I have helped millions cheer up. I hope so!”
Variety’s North West development director Lyn Staunton said: “Dante has so much passion to change the perception of how the world looks at young wheelchair users – in his words a wheelchair is only a means of transport.”
Mum Rachel says: “I don’t know anyone like Dante. Even simple little tasks like climbing the stairs to bed take so much effort – up to 30 minutes. Of course, we offer to carry him but he insists on doing it himself.
“He goes through so much and is an incredibly brave little boy. Yet when he is in pain and in hospital, his first thought is still for all the other children and not himself.”
Dante adds: “I am lucky, I have the best mum in the world. My message to others is be resilient, be brave and never give up. And just because you are disabled, you are no different to anyone else. Never forget that.”