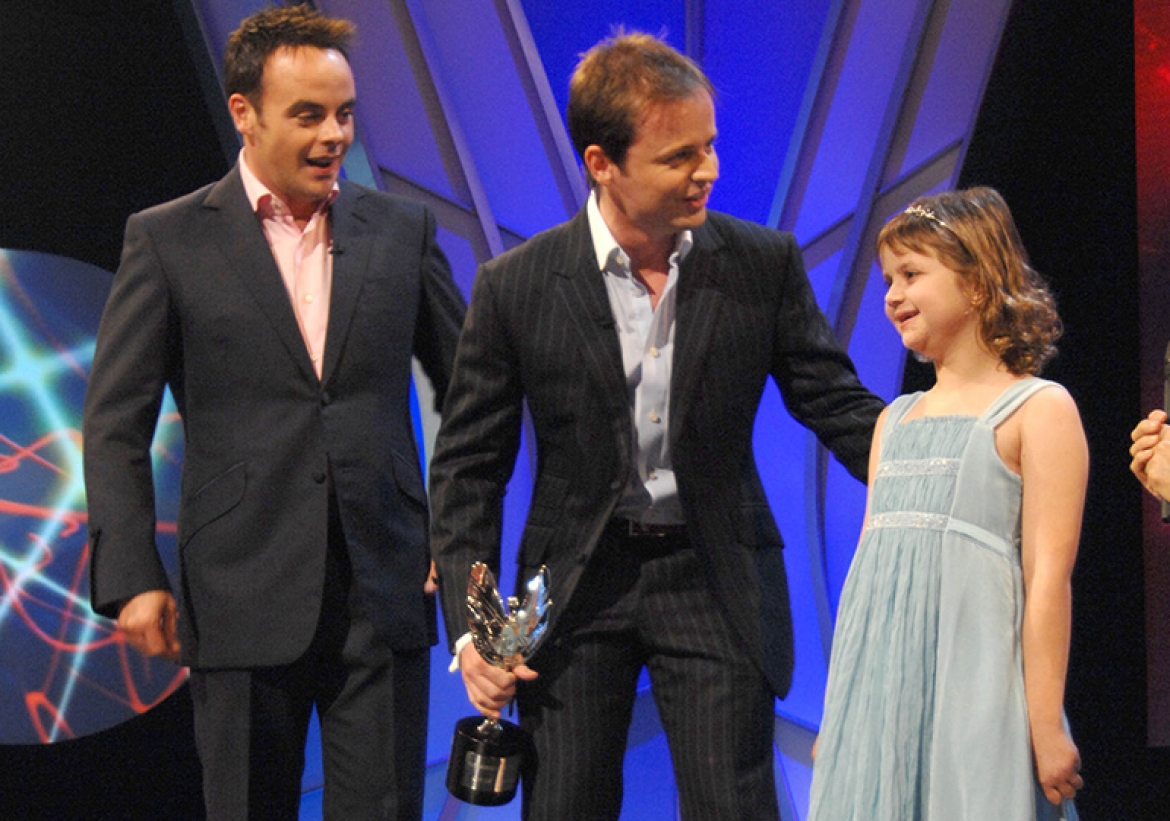 Chloe Gambrill was just six years old when she signed up to run the Cancer Research UK Race For Life in memory of her "beloved nanny" who died of cancer. But, tragically, just five weeks before the race in July 2005, Chloe was diagnosed with leukaemia.

Despite starting an intensive course of chemotherapy and having an operation just three days before the race, Chloe shocked everyone by vowing to go ahead with the run.

She was so weak that she collapsed part way round the course, but refused to give up and get into an ambulance. She was worried that if she did not cross the finishing line, she would lose her £100 sponsorship money. "When she collapsed she was devastated," says Chloe's mother, Kelly. "She begged me not to make her go back to the ambulance. She already had her sponsors' money and didn't want to let anyone down." Kelly, along with Chloe's father Darren and brother Charlie, now 11, took turns to carry Chloe around the course and helped her walk over the finishing line.

Chloe is now in remission after 27 months of gruelling treatment including chemotherapy that made her hair fall out twice. She was often too weak to go to school, spent time in a wheelchair, suffered constant nausea and headaches, and had such severe pain that she was given morphine.

Yet throughout her treatment Chloe, from Ramsgate in Kent, showed the same determination to live a normal life as she did in the Race For Life. She was also rushed to hospital after defiantly completing her ballet exam, despite feeling dreadful. Chloe also took part in several galas and a sponsored swim to raise money for the Queen Elizabeth Hospital in Margate where she was often treated. "At one gala she got in and swam the slowest length of anybody there," says Kelly, "and then had to be lifted out of the water at the end. But she did what she set out to do."

The swim raised a total of £1,300 for the children's ward. Chloe, who is now nine, took part in this year's Race For Life at the Isle of Thanet and raised about £850 for her efforts. Next year she hopes to top £1,000. "It's never been a huge amount of money, but Chloe is always determined to do her bit," says Kelly.

She added that Chloe had always been close to her grandmother, Wendy Parrish, who sadly died of breast cancer in 2004, and that she thought Chloe had inherited her nan's stubbornness and determination. "I can see a likeness," Kelly admits. "They both put other people before their illness, whatever the physical cost. "We have always been amazed by the way Chloe has coped with leukaemia. This award is a huge accolade and it's wonderful for something so positive to come out of her illness."