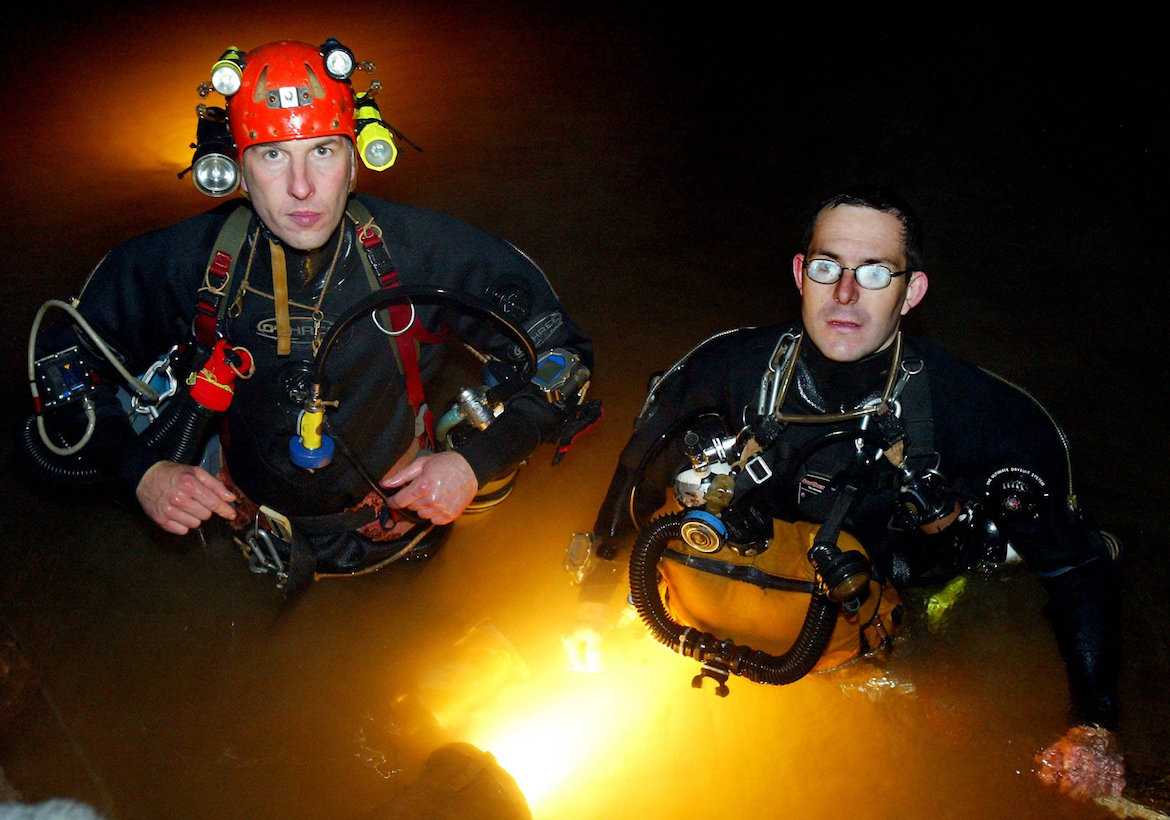 When young members of a Thai football team were trapped deep underground in flooded caves in a remote area of Thailand, hope for their survival was fading fast.
The team – the Wild Boars – had gone exploring in the caves after football practice. As heavy rain started to fall causing flooding, they fled further and further into the 10km complex of pitch-black tunnels.
The boys had no way of escaping or communicating with the outside world.
Search teams had been scouring the area in and around the Tham Luang Nang Non cave complex without success. Soon, rising water made it too difficult for them to navigate.
Expert British cave divers John Volanthen, Jason Mallinson, Rick Stanton, Chris Jewell, Josh Bratchley and Connor Roe flew to Thailand to join the search effort.
With many fearing the boys must be dead, two members of the British team made an astonishing discovery – the football team perched on a ledge in an air pocket beneath millions of tons of rock.
Over the next three days, the divers ferried medical supplies, fresh water, food and blankets to the boys as they tried to devise a way to get them safely out of the tunnel.
The 4km dive to the cave from  the surface was so dangerous,  even for experienced divers, that  a highly-trained Thai Navy Seal lost his life during the operation to support the boys.
With experts and observers deeming a rescue attempt impossible, on July 8 members of the British team dived to the cavern and started a painstaking operation to bring out the boys.
Over the next two days, the team rescued the boys, one by one, through 4km of flooded tunnels as narrow as 30cm at  some points.
As the world’s media watched, hundreds of millions of people around the globe breathed a sigh of relief as the boys were reunited with their families. Despite the attention, the British divers’ modesty shone as brightly as their courage.
One of them, Rick Volanthen, said simply: “Are we heroes? No, we were just using a very unique skill set, which we normally use for our own interests, and sometimes we are able to use that and give something back to the community.”