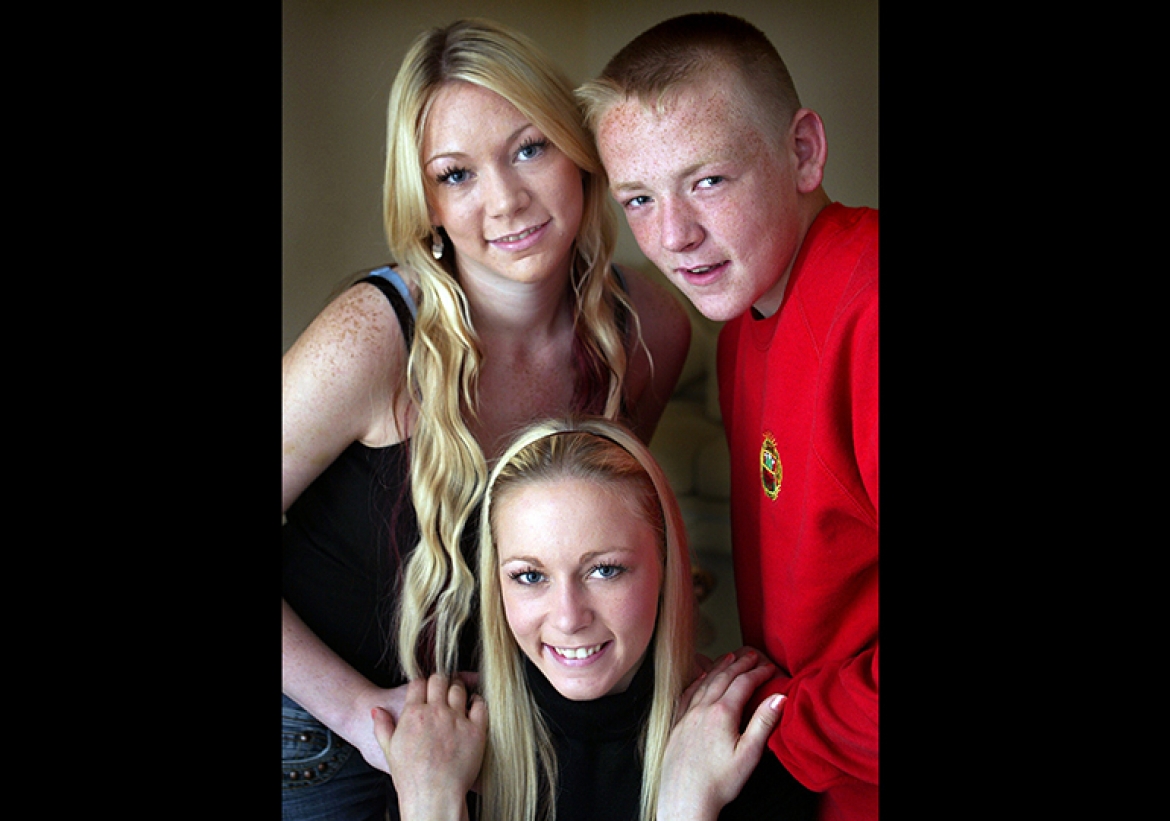 When their mother died suddenly, Stacey Heywood and her brother and sister were sent to different care homes. But thanks to Stacey's incredible sacrifice the family are now back together.

Aged just 21, Stacey is Britain's youngest foster mother and has been the full-time carer of her two orphaned siblings for the last four years.

When Stacey's parents divorced, her mother Cheryl Heywood brought up the children alone, putting up with a six-month period when Stacey went off the rails.

After that Stacey vowed to do everything she could for her mum and won a place at a local college to study law.

But Cheryl, 38, never heard the news. One morning in January 2002 Stacey was unable to wake her mother who had died from pneumonia in her sleep.

Within 48 hours, Stacey then 16, Devon, 12, and Kyle, 10, had been placed in temporary foster homes and made wards of court.

Two weeks later the siblings were separated and only saw each other with social workers every few months.

"You always hear stories about children going into care and being separated, but you don't think it will happen to you", says Stacey. "It was a really low time".

Stacey, from Rhyl, in Wales, struggled through her GCSEs before finding a job in a bakery and a one-bedroom flat.

Eventually Devon and Kyle were allowed to visit her and she decided to launch the impossible fight to keep them.

"We just realised that we wanted to stay together", says Stacey. "We all felt completely alone. Even getting post was nice because it was a reminder that people knew I existed."

Stacey had to prove that a 17-year-old girl - who was still trying to come to terms with the loss of her own mother - could raise two troubled teenagers.

"It was really hard", says Stacey, " We all had to be analysed by social workers and I had to have police checks and medical checks. Our lives were completely scrutinised."

Finally Stacey was granted official foster carer status aged 18 - the youngest person in the country to be given this.

Two years ago their father died suddenly too.

Kyle, aged 15, is now doing well at school and wants to do computer technology, and Devon, now 17, and Stacey are studying health and social care with psychology at college. Stacey hopes to go on to study law at university.

"Sometimes I have those thoughts that I am not doing things my friends are doing", says Stacey. "But I am still young enough to do whatever I want, go travelling, have a career.

"I haven’t given up on my own dreams yet – I have just put them on hold."