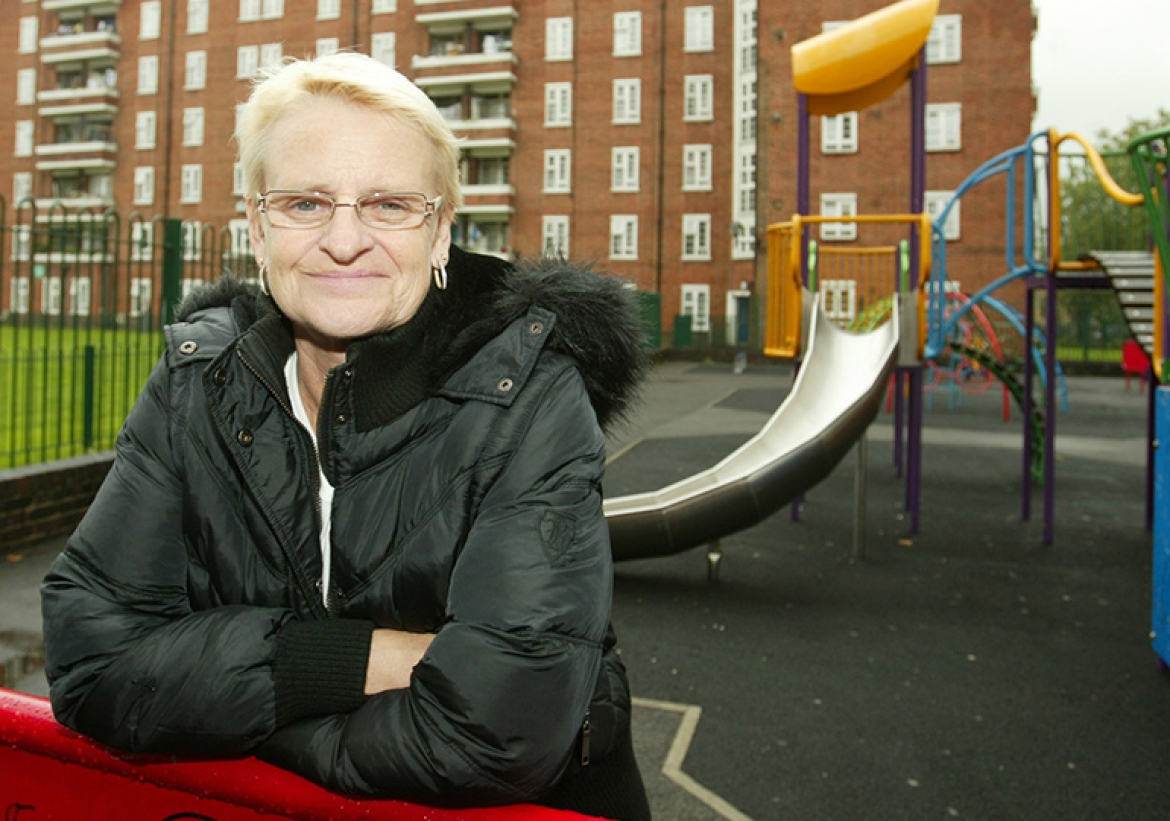 People living in Camden's notorious Clarence Way estate were too frightened to act against the junkies and the gangs operating near their homes.

But when Silla saw an addict injecting heroin into his groin as she walked her four-year-old grand-daughter to school six years ago she snapped and nothing was going to stop her take action against them.

But she also welcomed the younger trouble-makers into her home to re-educate them.

By making a stand, Silla was targeted by gangs, who intimidated her and even threatened her with murder.

The grandmother had excrement thrown at her door but tackled drug addicts on the estate by throwing a bucket of cold water over them.

"I have had someone push me a couple of times", says Silla, 58. "Once a drug addict told me he wanted to kill me and I just told him to get in line.

"I was just tired of hearing people say, It's nothing to do with me'. Someone has to do something or things don't change."

Silla, who suffers from Crohns disease and has a pelvis injury from an accident many years ago, was threatened constantly by thugs.

An anonymous note pushed through her door threatened that a gang member would "come over at night to finish her off".

But Silla was not to be turned. She videoed drug addicts injecting themselves and gave evidence in court. She was responsible for securing dozens of ASBOs on unruly yobs and still represents her neighbours in court to clamp down on criminal or anti-social behaviour.

Despite the terrible abuse she suffered she has welcomed more than 30 youths into her home where they have been given discipline and stability - and she has earned their respect.

As someone who used to be rebellious herself, she says: "I know how to handle them!"

"Usually I take in kids whose parents can't cope with them anymore. I give these kids a few rules and after a while they learn to behave better," she explains.

Silla also started a tenants' group which has received grants of more than £5 million. The estate has been transformed with features including a crazy golf course and a five-a-side football pitch.

Her daughter Vicki, 36, can remember how nobody wanted to live on the estate before her mum took a stand. Now people choose to live there because Silla has turned it around.

She says: "I don't know how she does it really. She's such a little thing but she's not intimidated by anyone."

Silla works closely with Camden Council and the Metropolitan Police - who rely on her advice and opinions and have praised her for how she gets others involved.