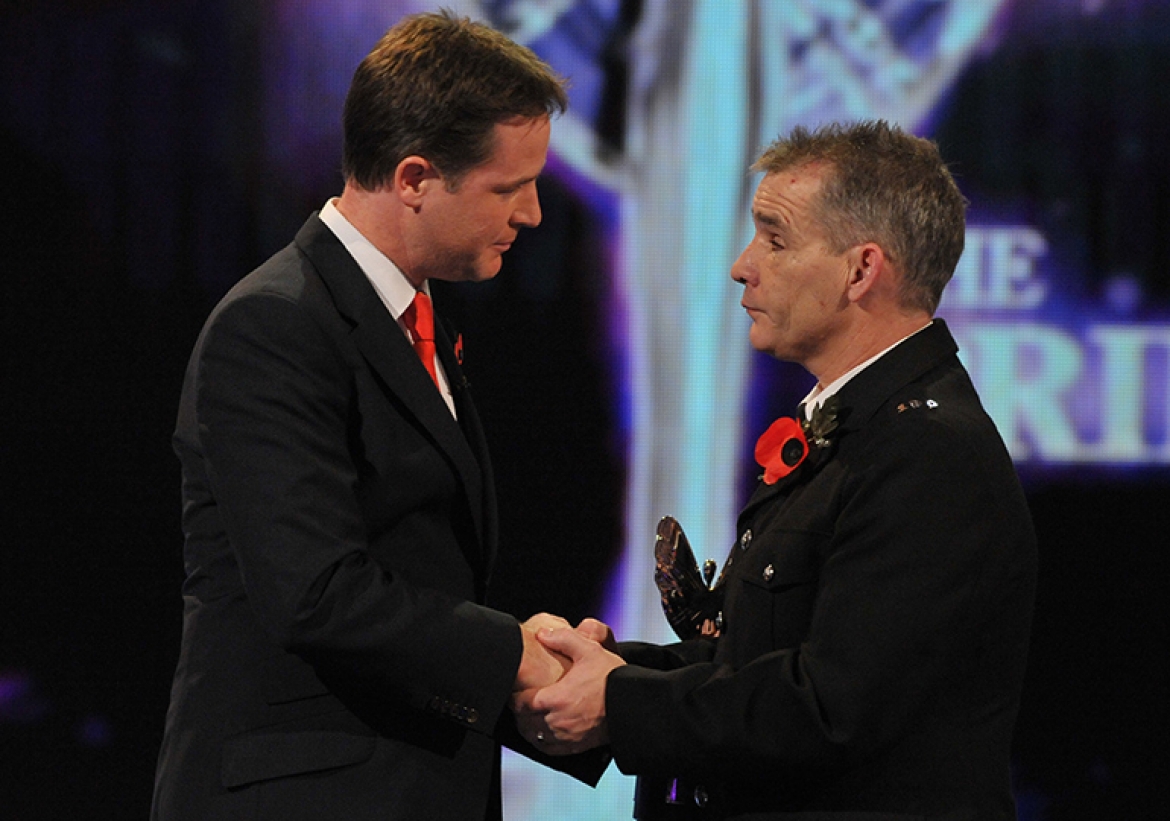 PC David Rathband won widespread admiration for his dignity after he was shot in the face by fugitive murderer Raoul Moat as he sat in his marked patrol car four months ago.

But PC Rathband, 42, refuses to let Moat destroy his life, is learning to live without his sight and has even set up a charity, the Blue Lamp Foundation, to help other members of the emergency services injured in the line of duty.

PC Rathband is still haunted by the image of hulking killer Raoul Moat lowering the barrel of his sawn-off shotgun and blasting him from point-blank range.

The dad-of-two was blinded for life when Moat shot him as he sat in his marked patrol car at a Newcastle roundabout last July.

Officers were already hunting Moat, 37, after he shot his ex-girlfriend Samantha Stobbart, 22, and executed her new partner Chris Brown, 29, the day before.

And as PC Rathband fought for life in hospital, Moat went on the run in the Northumbrian countryside sparking a six-day police manhunt that captured the nation.

"I go to bed and sometimes I look to my left and his face is lying next to me on the pillow," he says.

But PC Rathband refuses to give in to the nightmares and is learning to live without his sight.

"I'm determined I will go back and I will wear my uniform proud as punch as I used to," he says. "Anyway, I want to finish my shift."

PC Rathband has set up a charity to help other 999 heroes injured in the line of duty.

He hopes the Blue Lamp Foundation can raise £1million in its first three years through public donations.

He says: "These brave men and women are there to help the public in their darkest hours. It's the public's turn to help them."