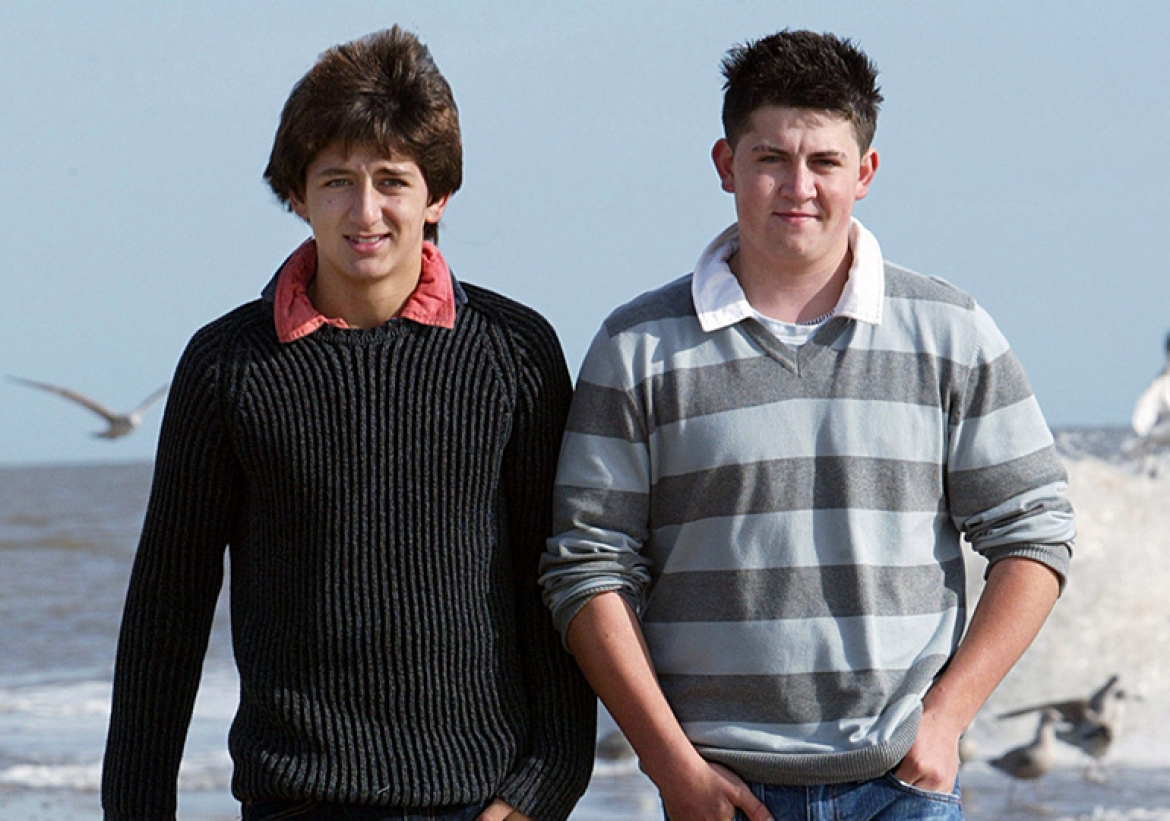 Young brothers Daniel and Jason Rodd showed bravery beyond their years when they saved the lives of three adults who were drowning at sea.

The boys, aged 12 and 14 at the time, had no thought for their own safety when they spotted the adults struggling off the coast at a busy Suffolk beach.

The group had become caught in a vicious riptide and were being swept out to sea despite their tiring efforts to return to shore.

Against their mother's wishes, and as other adults simply looked on, the boys sprang into action and jumped into the sea with their body boards.

"Our mum told us not to go in because we're only kids," says Jason, now 13. "But no one else was doing anything.

"We could see people struggling so my brother and I grabbed our body boards and swam out because we are quite strong swimmers."

The boys were aware the riptide had enveloped three adults and could easily claim them. But they calmly swam out to the swimmers, who were barely above water and desperate for help.

"We didn't know what to think", says Daniel, now 15. "There were lots of people standing around doing nothing. We just did it."

One of the swimmers, Jacqueline Flint, had suffered an asthma attack about 40 metres from the shore.

Seeing her in trouble, her brother, Stephen Rice, had swum out to help her but had got into trouble as well because of the strong current.

Jacqueline's husband Michael Flint also waded into the water to help her but, being a poor swimmer, had got into difficulties.

Both Jacqueline and Stephen were exhausted when the boys reached them but the brothers told them to hold onto the boards, planning to pull them both back to shore.

But by then Michael had drifted away and had no strength to save himself.

The brothers realised Michael needed a body board to help him get back to shore as well so Jason left his brother with the other two to get one.

"It was quite tiring but it all happened so fast, you didn't have time to think."

"Perhaps if we had thought about it we would have thought we couldn't do it", says Daniel. "Luckily we got everyone back."

The coastguard arrived after the rescue, which would have been too late.

The victims are in no doubt that if it had not been for the quick-thinking actions of the boys they would not have survived.

Their mother Carol, 36, from Henley, near Ipswich, says: "I wasn't too worried because I know they are capable. I am very proud of them."