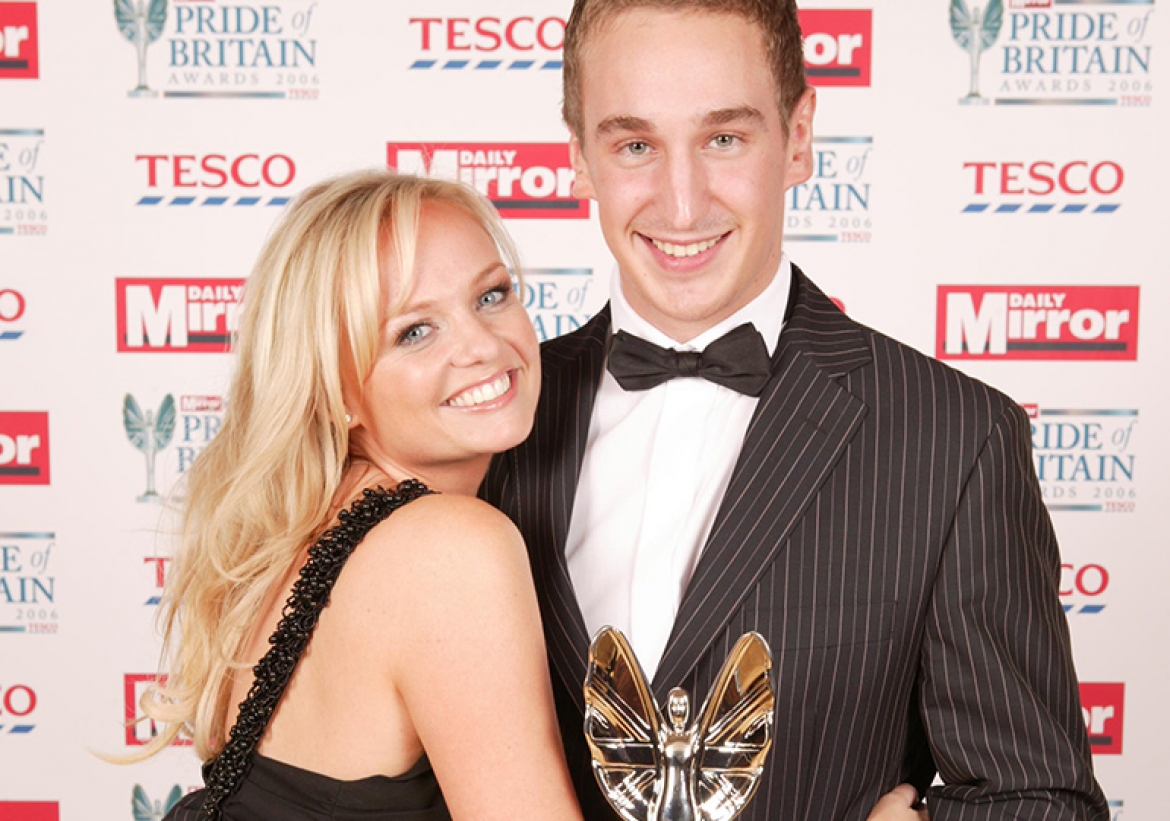 All Anthony Crompton intended to do when he went to his local garage was buy a bottle of coke. Instead he risked his life to single-handedly take on two armed robbers - and was stabbed eight times.

The 22-year-old first saw a robber wearing a Scream mask taking money from the till as he parked outside the garage shop in Skelmersdale near Liverpool.

He immediately forced his way into the shop where the manager Barbara Trustle was pinned to the ground by the first robber's masked identical twin. He was holding a knife to her throat.

With no thought for his own safety, Anthony lunged at him, freeing Barbara who called the police as the pair continued to fight.

The other brother, armed with what later turned out to be a blank-firing pistol - tried to pull Anthony off. But Anthony was determined to keep them inside the shop until the police arrived.

"They were trying to get out of the shop", says Anthony. "Every time I was fighting one of them, the other was trying to pull the door. There were newspapers going everywhere and all sorts of things falling off the shelves.

"I didn't realise I was being stabbed. The adrenalin was pumping and I thought they were just punches. At one stage I thought one of them was biting me but when I looked I realised it was a knife. He got me in the neck and the top of my shoulder and in the end I had to let him go."

The fighting was so ferocious that two men could only watch from the safety of the garage forecourt.

The exhausted brothers dropped most of the money as they eventually made for the door. Anthony tried to un after them but he could not keep up. Only then did he see the blood coming from the stab wounds - one of which had punctured his lung.

But Anthony had managed to remove their masks during the three-minute struggle so police would could identify them on the CCTV footage. The DNA from the blood on the masks conclusively identified them.

Anthony insists he would do it again. "There was a woman who needed help," he says. "You have to act - you don't think what could happen."

Barbara feels she "owes her life" to Anthony. "What he did was amazing", she says.

The twins were jailed for six years and eight months. Another shop assistant in the shop during the robbery - who was one of the twins' girlfriends - was sentenced to two years for robbery and attempting to pervert the course of justice.

Lancashire Police Detective Inspector Chris Wilde says: "Without Anthony's intervention and their masks being dislodged they might have got away with it and gone onto bigger things."