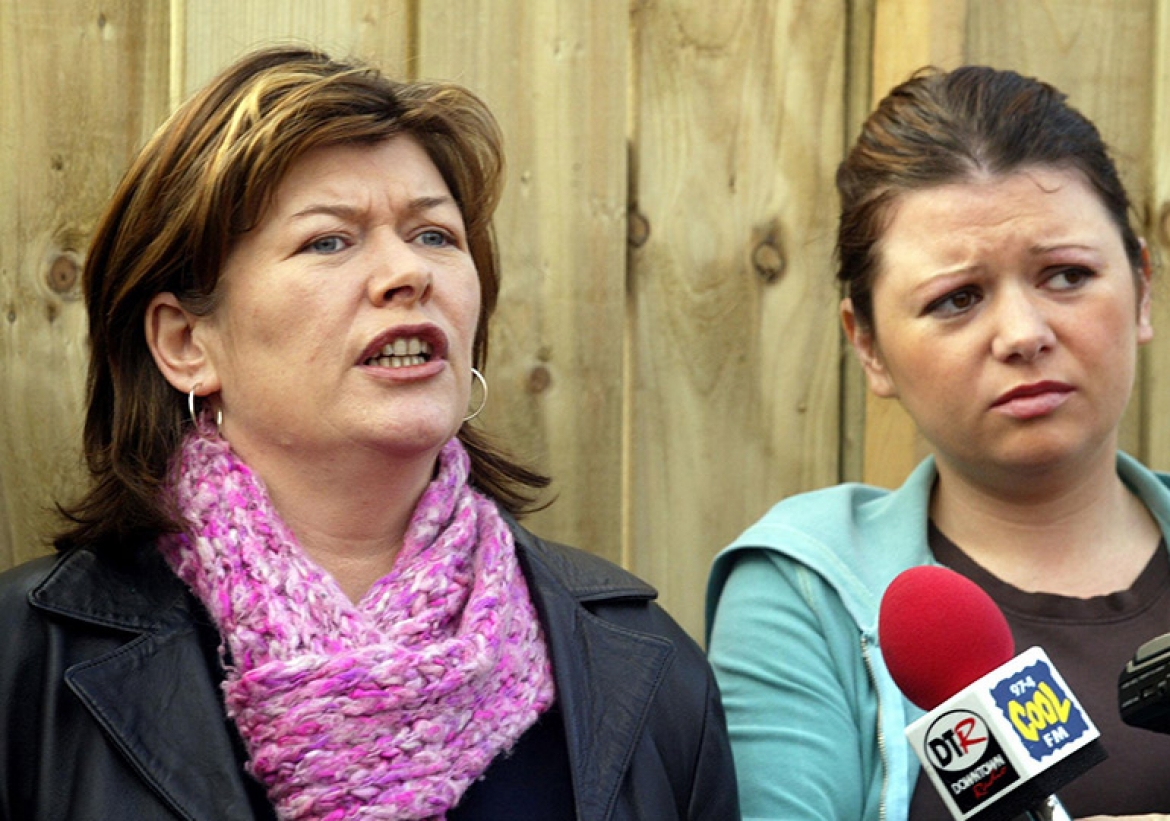 From a humble street vigil to meeting President Bush, the McCartney sisters' incredible display of courage in standing up to the IRA has inspired people across the world.

Paula McCartney and her sisters, who live in a Catholic enclave in East Belfast, broke the traditional Republican vow of silence when their brother Robert was brutally murdered outside a pub in January.

Paula, Gemma, Donna, Catherine, Claire and Robert's fiancée Bridgeen Hagans - who have 17 children between them - ignored endless threats of violence to launch their own high-profile campaign to get their community to name the killers.

Robert, 33, was stabbed and beaten to death after an argument in a bar in Belfast. His family openly accused the IRA of a cover-up, claiming evidence was cleaned from the bar, CCTV was interfered with and witnesses intimidated.

The women's fight for truth began in earnest with a street vigil. "We were wondering if people would turn out," says Paula. "But we were walking down the street and more and more people were coming out of their doors and that was very moving and comforting."

However, it was only after the family appealed for witnesses over the radio that their story became a global issue.

Their fearless battle for justice earned worldwide support and has taken them to the White House and the European Parliament, where they have met politicians and leaders, including President George W Bush.

"We impressed upon the President the importance of getting justice for Robert," says Paula, "and he said he was 100 per cent behind our campaign."

Bridgeen, the mother of Robert's two young children, joined his sisters in their fight and, like them, has had to pay a high penalty for her defiant campaigning.

Her home was heavily stoned as she and her sons slept and she has received hate mail containing pictures of her children covered in excrement. In the end, the intimidation proved too much and she moved house.

Police warned them that "criminal elements" had threatened to burn them out of their homes. But Paula says, "We are very, very determined. We will not rest until the murderers of Robert are brought before a court of law."

The sisters insist they are merely restoring the value of life through justice.

Catherine adds, "We need to ask, 'How many people have there been before Robert? And who will it be in the future?' They did it because they had got away with it in the past."

Two men were remanded in custody in June in connection with Robert's murder.