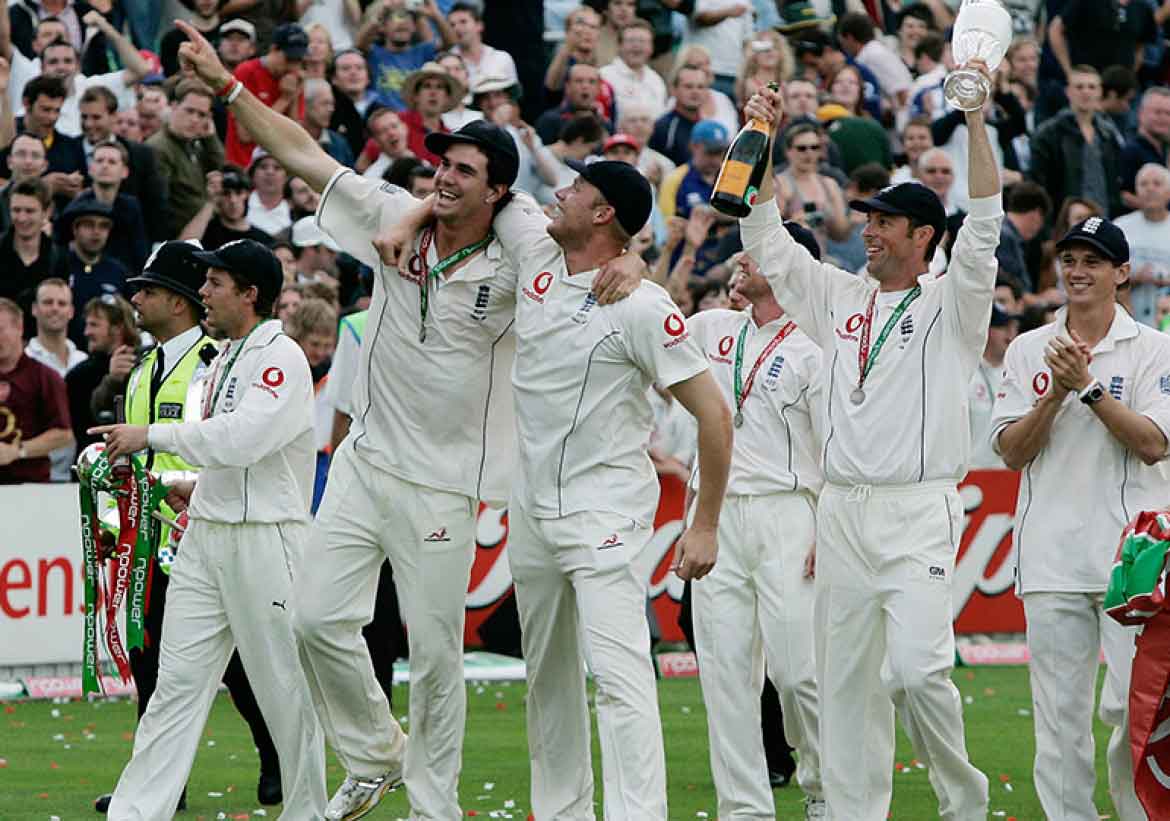 Dubbed the best ever Test cricket series, England's outstanding recapture of the Ashes made the sport the talk of the summer.

Captained by Michael Vaughan, the team put on an awesome display of skill and sportsmanship, attracting people of all ages to the game for the first time.

In a sell-out series, those lucky enough to get tickets crowded into The Oval for the final Test, while others were glued to their television screens as they watched England beat Australia to take the Ashes for the first time since 1987.

Kevin Pietersen - Man Of The Match at the final Test - won admiration all round when he hit his first ever Test century to earn the draw that gave England their 2-1 series win.

Pietersen hit 158 and Ashley Giles 59 before England were bowled out for 335 to snuff out Australian hopes of victory.

Australia batted for four balls before bad light intervened, and a draw was eventually declared by the umpires.

The England players got to lift the Ashes urn to a rapturous reception, followed by a victory lap of the ground to salute their supporters.

Tributes for the team came flooding in from all over the world, led by the Queen and Prime Minister Tony Blair.

Captain Vaughan, who kept hold of the Ashes urn throughout the celebrations, said, "This is beyond a dream."

Applauded by thousands of cheering fans, the team took part in a victory parade the next day in Trafalgar Square, where the crowd sang a rousing rendition of Jerusalem.

"We believed at the beginning of the summer we could win. We went 1-0 down, there were challenges set upon us and the guys responded fantastically well."

The team went on to enjoy a reception at Downing Street and then handed over the brown Ashes urn to Lords for safe-keeping.

Star all-rounder and Player Of The Series Andrew Flintoff has high hopes for the team's future and believes the best is yet to come from the young side.

"I don't think many of us have reached our prime," said Flintoff. "We are a way from being at the peak. We can be the best team in the world."

Michael Vaughan summed up why his team are an inspiration to the country, saying, "This has been an awesome series - not just the standard of play but the spirit in which the game has been played. We play it hard, but if you play it fair as well it's a great game."