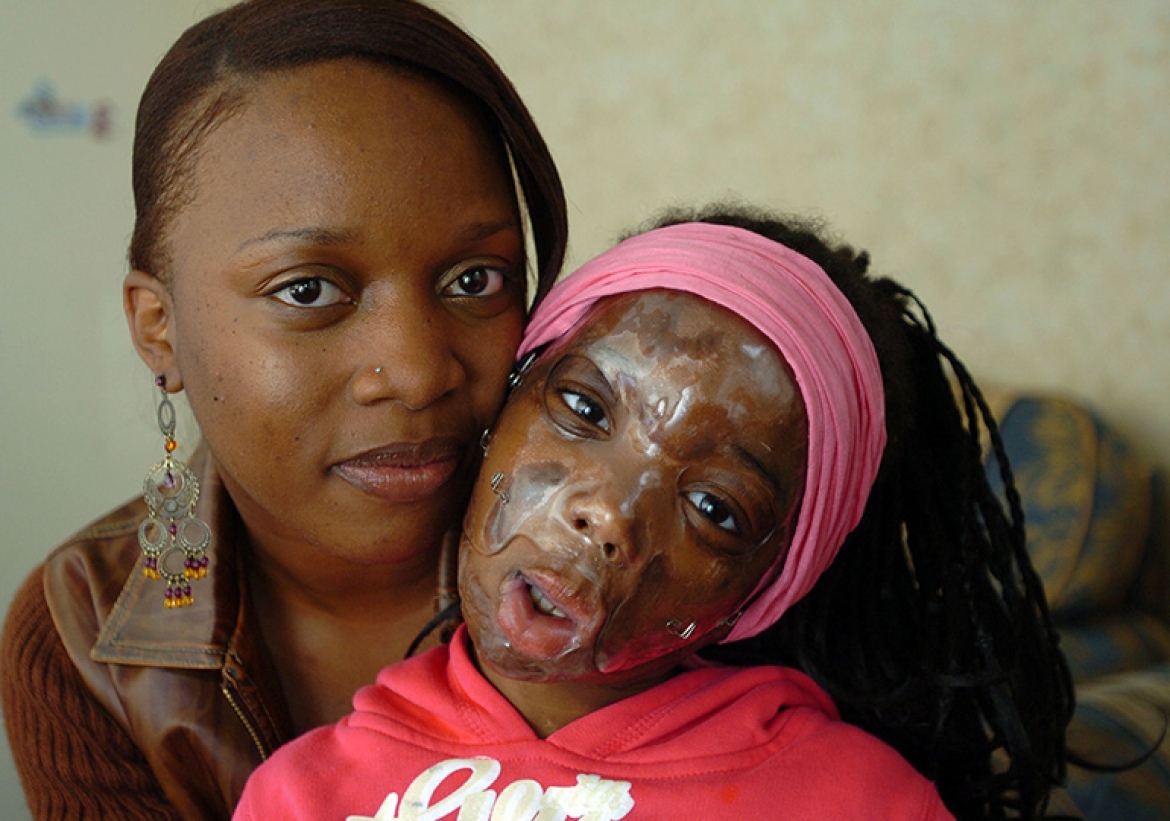 Last summer, Shae Thomas was fighting for her life in intensive care. Astonishingly, less than a year on, the seven-year-old has shown extraordinary courage and managed to return to school with her friends.

While out shopping with her mum and gran in August 2004, Shae became the unsuspecting victim of a petrol bomb attack on a store.

The little girl from Bristol took the brunt of the explosion and was turned into a ball of flames resulting in horrific burns to her head and upper body.

"It was horrifying," says her mum CJ. "Shae was on fire and her skin was sticking to my clothes and falling to the floor."

Shae was immediately rushed to hospital where she was placed on life support and stayed there for the next five weeks. She has since undergone three skin grafts which have left her with permanent scars.

But despite her injuries and the immense shock of the attack, Shae is an incredibly cheerful, positive and strong little girl.

She has wowed nurses and police alike with her bubbly personality and incredible courage.

"She has responded in a way that defies belief," says Detective Constable Mick Gower. "She is a chatty, lively and adventurous young lady and an inspiration to us all."

Shae adores music and dancing and - even while on a ventilator, being tube-fed in her hospital bed - she was teaching the nurses to dance.

"She's even stronger than she was before the accident," says her mum.

"She's so positive. Shae has been the strong one of the two of us about the whole thing. I was devastated, but she has kept me going."

Shae has been fitted with a clear face mask to reduce the build-up of scar tissue and to prevent against infection. She has to go to hospital several times a month for treatment on her injuries.

Shae will need surgery well into her adult life and has developed asthma as a result of the effect the petrol had on her lungs. But despite her traumatic ordeal, she has shown an unquenchable thirst for life and is determined to be treated just like all her friends.

Amazingly, CJ holds no grudge against the bomber. "I always think how lucky we are," she says. "Shae could have lost her eyesight or a limb.

"The way she has coped is unbelievable, and to see her play like any other normal child makes me happy."

The thug who threw the bomb had a personal grievance against the store and was recently given four life sentences.