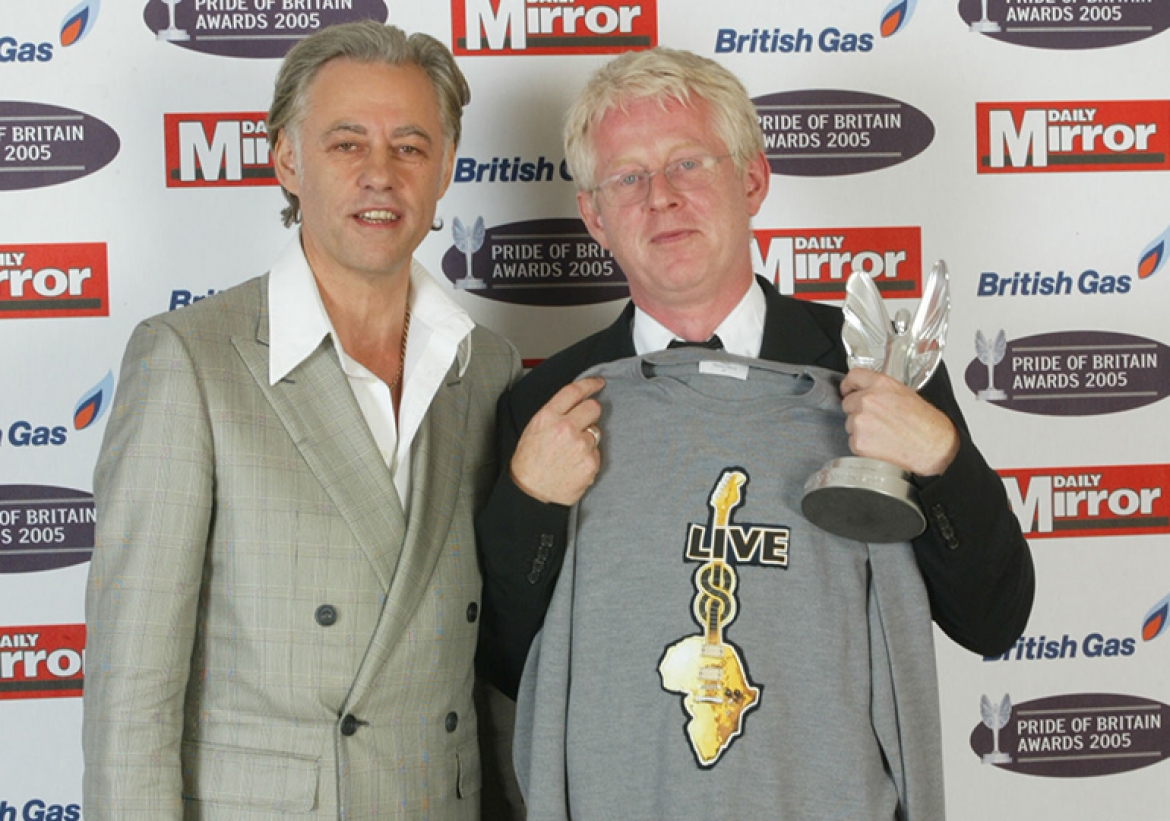 Make Poverty History, Live8 and Comic Relief are just a few of the ideas Richard Curtis has made a reality, impacting on millions of people's lives all around the globe.

Curtis is probably best known by the public for writing the scripts for the Blackadder TV comedy series and the film Four Weddings And A Funeral. But the unassuming scriptwriter's charitable contribution over the past two decades has been nothing short of phenomenal.

Twenty years ago, the British funny man co-founded one of the UK's most successful charities, Comic Relief. Launched live on Christmas Day from a refugee camp in Sudan, it was Richard's response to the African famine. His mission was to do something very real and direct for the emergency as well as to help tackle broader needs of poor and disadvantaged people in Africa and the UK.

In its wake, the charity went on to organise a UK-wide fundraising event called Red Nose Day, the first of which raised more than £15m. More have followed, raising a staggering £337m.

Over the years, Comic Relief cash has changed the lives of millions of people in need. For example, in Africa it has provided essential education on HIV and Aids, taught women to read, immunised children and helped rebuild communities after conflict.

Across the UK, the money has helped disabled people challenge prejudice and discrimination, and provided escape routes for women living with domestic violence.

Earlier this year, Richard coined the worldwide phrase Make Poverty History and became the driving force behind the campaign, which is a coalition of more than 400 charities, unions and faith groups. Their collective aim is to put pressure on the government to change the rules and practices of unjust trade, cancel poor countries' debts and deliver more and better aid.

The dramatic campaign came to an astonishing climax this summer when Richard initiated a meeting with Bob Geldof and U2's Bono to tell them about an idea he had - Live8 was born.

Through sheer determination, leadership and dedication, Richard and his long-term girlfriend Emma Freud were the driving force behind Live8.

On July 2, a series of concerts took place all around the world forcing a change of policy onto the global agenda, and successfully attracting £14bn in aid from rich countries.

"All you can do is do all you can," says modest Richard. "I haven't done anything to attempt to affect government decisions before, but it's just got to be worthwhile."