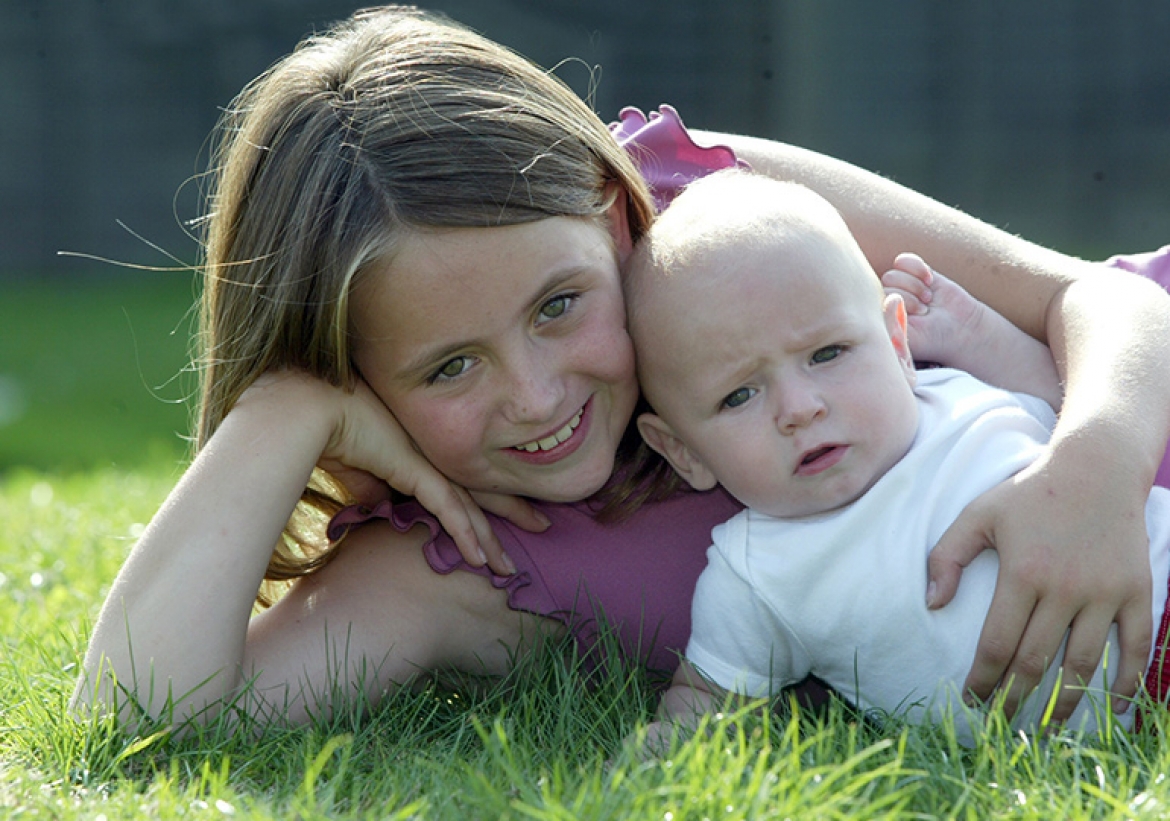 Eight-year-old Hope Farrelly became Britain's youngest midwife when she delivered her baby brother at home. Little Hope was fast asleep in bed when she heard her mum, Melissa, screaming her name in the middle of the night.

Amazingly, mum-of-three Melissa didn't even realise she was even pregnant and thought her pains were the result of food poisoning. Young Hope, from Essex, ran to the bathroom and found her mum collapsed in agony on the floor.

Hope immediately took matters into her own hands and raced for her mother's mobile phone.

She rang 999 and gave clear directions to the ambulance service, but while speaking to the operator Hope had another shock. She could see a tiny head emerging and suddenly shouted, "There's a baby coming out!"

The ambulance operator began to talk Hope through the delivery and calmly the brave youngster carried out all of her instructions. She even helped pull the baby's head out with one hand, while still holding the phone to her ear with the other.

"It was a bit scary at first," admits Hope, "because I was worried that Mummy was in so much pain. But then I was really surprised when I saw the head because none of us knew about the baby and Mummy was really skinny!"

She fetched towels and blankets, and wrapped the baby up, checking that he was breathing all the time and reassuring her mum until the ambulance arrived.

"The baby looked funny because he was all curled up with his legs in the air," Hope recalls. "He was very, very small and he was screaming, but I managed to stop him crying."

By the time the ambulance arrived, Hope had followed the instructions so efficiently, all that was left to do was to cut the umbilical cord.

"I think she's absolutely amazing," says Melissa of her daughter. "She's really brave and held it all together. She just took over, which you wouldn't expect from a child that young. I can't put into words how proud I am of her."

So proud, in fact, that she gave Hope the honour of naming her new little brother. Hope decided upon Sonny, because the Monday in question was a sunny day.

"I love him more than anything in the whole wide world," says Hope. "I help out with him all the time but I let Mum change his nappy.

"He's very handsome and he pays me more attention because I think he knows what I did.

"I just can't wait until he turns 16 and he's got a girlfriend and then I'm going to say, 'Look here, I delivered you Sonny!'"