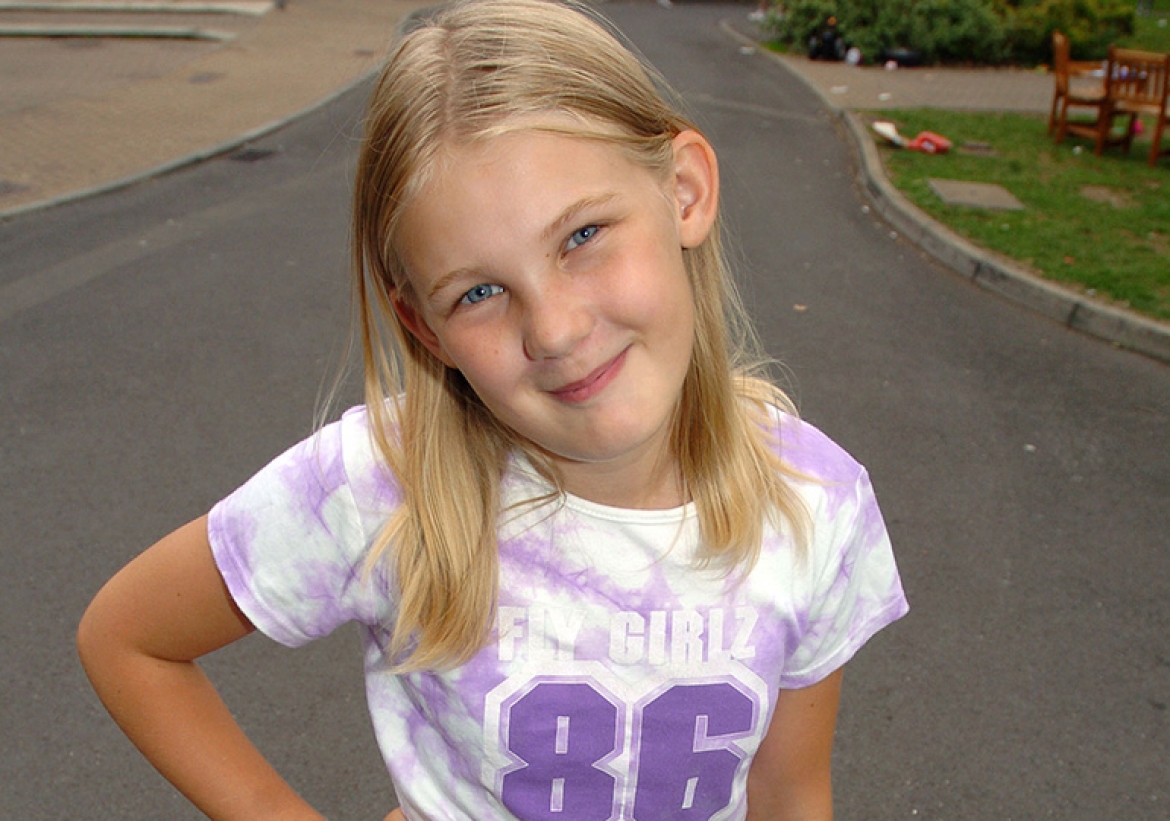 Brave Ashleigh showed courage beyond her years when she risked her own life to save her brother from a house fire while still recovering from an horrific leg injury.

In May 2003, Ashleigh was almost killed when she was run over by a van while out skateboarding.

The nine-year-old, from Salisbury, Wiltshire, suffered terrible injuries and had to endure 13 skin graft operations in less than three months, as well as experimental surgery to save her leg.

Ashleigh stayed in hospital for two and a half months and, in a cruel twist of fate, after leaving, was involved in a car crash as a passenger in exactly the same spot.

Her wound was torn open and she needed yet another operation, but eventually returned home in her wheelchair two days before Christmas.

On New Year's Eve, Ashleigh was upstairs in her room playing on her karaoke machine when her three-year-old brother, Eddie, came creeping upstairs with his hands behind his back.

They were black, so incapacitated Ashleigh shuffled downstairs on her bottom to help him wash them, unaware they were stained with soot.

As Ashleigh reached the bottom of the stairs she was horrified to find the utility room on fire.

Eddie had accidentally put a magazine on top of a candle as he reached for his juice beaker. He then moved the smouldering paper on to a pile of laundry.

"I saw big flames coming through the door," recalls Ashleigh, "and Eddie ran inside."

She hadn't walked on her bad leg since returning from hospital, but Ashleigh ignored the pain and ran to get a wet towel. She then dived into the room, wrapped Eddie in the towel and grabbed him before running to the front door shouting "Fire!"

Her mum Jody raced into the hallway and dialled 999 before trying to douse the flames which had quickly spread to two other rooms.

Meanwhile, Ashleigh had run out of the house and up 20 steep stone steps to get Eddie to safety.

"I was scared because it had all gone dark with smoke and my mum was still inside," she says. "I was in a lot of pain. I realised I had cut my leg on the steps and when the ambulance came, they took me to hospital."

Ashleigh's stitches had burst open, but luckily the rescue didn't damage her recovery in the long-term.

"I'm so proud of her," says Jody. "Everyone thinks their child is great, but I have proof. She's one in a million.

"Ashleigh is totally unimpressed by what she did, but if it wasn't for her I could have lost both my children."