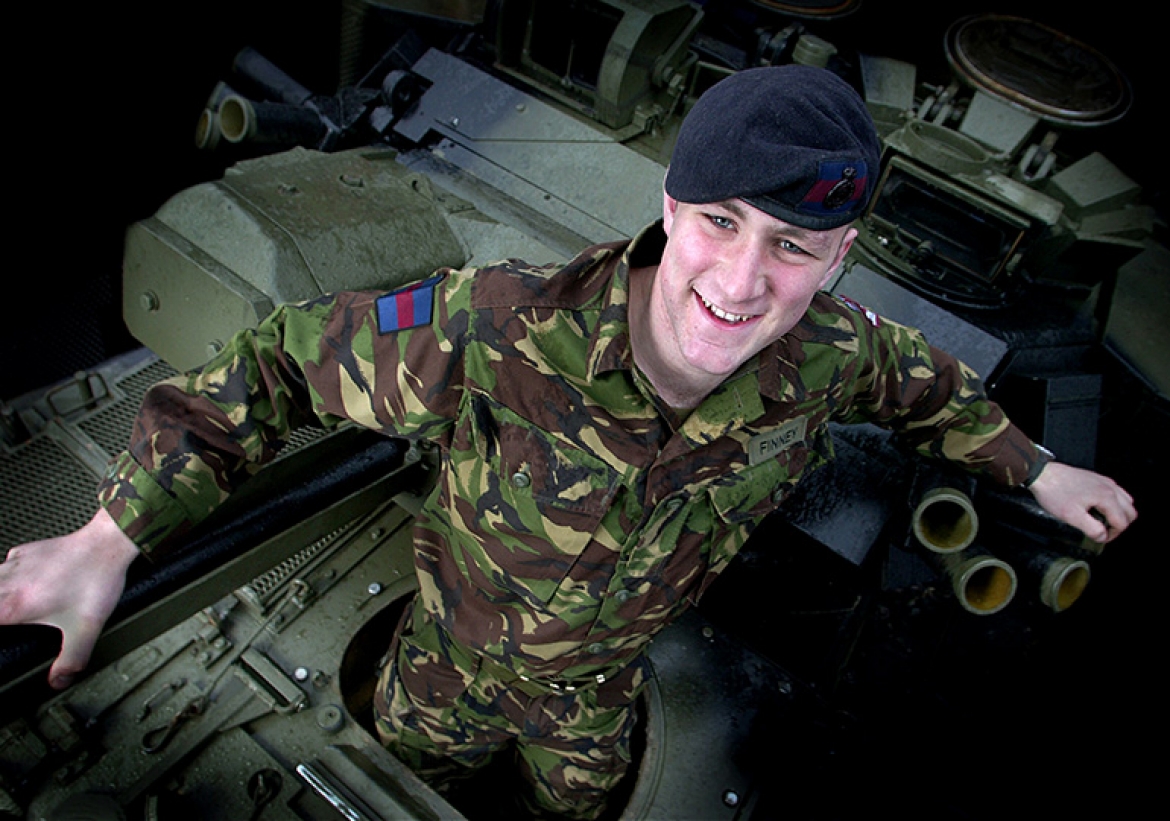 Trooper Chris Finney is a true war hero who showed breathtaking courage under fire during the Iraq War.

Not only did the then 18-year-old soldier rescue a wounded colleague, but he also put his life at risk to radio headquarters and attempted to save the life of a second comrade despite being wounded himself.

Out of the blue both Scimitars were hit by American "friendly fire," bursting into flames with ammunition exploding inside the turrets.

Chris, a Blues and Royals trooper currently serving in The Household Cavalry Regiment at Windsor, says: "All I knew was we'd been hit. I started to reverse but went into the vehicle behind. I got out of the Scimitar and came around the front to see Alan the gunner badly wounded half in half out of the turret."

Putting himself in great danger Chris clambered on to the Scimitar and hauled the injured gunner out of the blazing turret.

Then despite the danger from exploding ammunition and fuel Chris went back to the vehicle to calmly radio a situation report to his commanding officer.

Returning to the wounded gunner, Lance Corporal Alan Tudball, Chris suddenly realised the attacking aircraft was coming back for a second run, and tried to shield his friend with his own body.

Chris says: "I dragged Alan round to the side of the vehicle for cover but he got hit by shrapnel again and I got a bit in the leg."

He actually suffered serious shrapnel wounds to his legs and lower back, but they did not stop his heroics and he tried to reach the driver of the second burning tank only to be driven back by the intense heat.

Chris, of Marple, Cheshire, was the only British soldier to be awarded the prestigious George Cross for his actions during the Iraq War.

He is the youngest serviceman ever to be awarded the medal, the highest possible honour for bravery not involving enemy action.

Chris, now 19, says: "I didn't have a chance to think what I was doing. It all literally happened in seconds. Obviously I've sat down later and thought that I was lucky .

"I don't feel like a hero. I would like to think anyone would have done this. I was just in the wrong place at the right time."